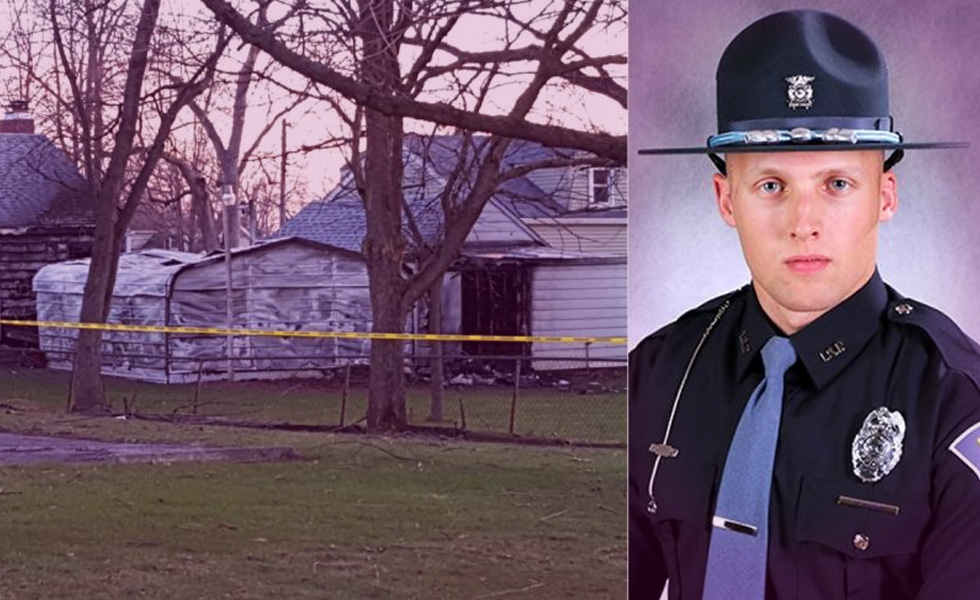 The saying that Indiana Troopers are never off duty has never been more true. Except, Trooper Jacob Ridgeway was off duty when he stumbled upon a burning house. At first he didn’t think much of what he saw, as there was only a thin white smoke. It soon turned out that it was pretty serious. Well, as the saying goes, the fact that he wasn’t working didn’t stop him from interfering. Thus, saving the lives of a 79-year-old man and her 72-year-old wife.

Ridgeway was driving past, when he suspected that something wasn’t quite right. He spotted the thin white smoke that escaped the rear end of the building. Only moments later, from his rear-view mirror he witnessed as the smoke become thicker and darker. He decided to check it out and that was when he realised there was a car ablaze under the carport.

He also spotted Jack Mitchener, the 79-year-old owner of the unfortunate home. The man appeared to be in sock, not being able to say anything. Ridgeway helped him get into safety, then called the fire brigade. However, soon after two neighbours arrived and it turned out that Mitchener’s wife was still inside.

The fire had already spread, so by the time the firefighters arrived, it would have been too late. Ridgeway walked in through a side door, and rescued Virginia, who was sitting in a chair. Her walker was nearby, and they both exited the building – unharmed. Luckily for all three of them, Ridgeway acted on time. He became a true hero in Indiana and in the eyes of Virginia and Jack, for sure.

Let’s ask the cards to see what this story teaches us.

King of Pentacles:
The king of pentacles refers to Ridgeway’s methodical approach. He followed his routine step by step, not letting his emotions take over.

Two of Swords:
Remaining calm under pressure is crucial. If one starts to panic, it will only attract more harm. Just like the king of pentacles, this card reminds us to stay objective and face our fears. Avoiding the inevitable could lead to series problems.

Knight of Cups:
Ridgeway acted like a true knight in shining armour. He galloped in on a white horse and saved the day. Along with the ‘damsel in distress’, of course. He is a saviour, but also a messenger, sending us a clear message. Help can come in many ways, especially when we least expect it.