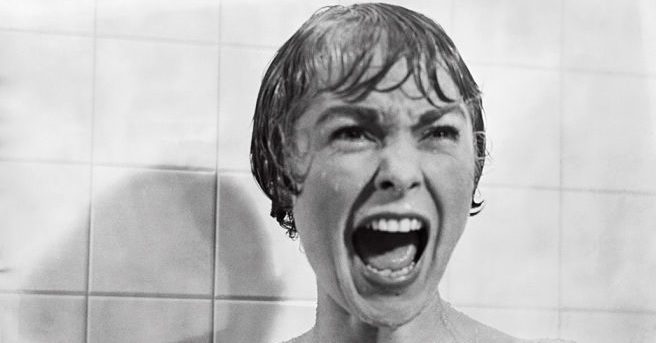 Halloween Series: The Incredible Stories That Inspired the Horror Movies

Halloween is the time when TV networks and movie theaters love to bombard us with the all the great horror movies past and present. Sometimes spooky, or gross, or stupid, but all in good fun and just the product of someone’s imagination, right? As it turns out, several of the scariest movies have a real life true story that is even scarier! Doing a little research on some of the hit films that everyone recognizes as great horror movies, some interesting facts were revealed where the actual story line came from. Lock your doors at night just to be sure!

The 2013 movie was based on two paranormal investigators trying to help a family who move into a secluded home supposedly cursed by a witch and plagued by terrifying paranormal events happening to their children.

The Real Story: The Conjuring is based on real-life paranormal investigators Ed and Lorraine Warren and their experience with the Perrons, a family who moved into a Rhode Island farmhouse and experienced ghostly and terrifying occurrences in 1971. The Warrens also have in their possession from another case a possessed Raggedy Ann doll that was the inspiration for the spin-off film Annabelle. Allegedly, a demon spirit possessed the Raggedy Ann doll, which is currently on display and under lock and key at the Warrens’ Occult Museum in Monroe, Connecticut.

The 1960 Alfred Hitchcock movie was about Norman Bates who was a psychologically disturbed hotel owner who has delusions this his dead mother, whose body he kept in the cellar, wanted to kill the hotel guests. He develops a dual personality and dresses like her when he commits his murders.

The Real Story: The character Norman Bates was inspired by Ed Gein, a Wisconsin man who was arrested in 1957 on charges of committing two murders and digging up the corpses of countless other women who reminded him of his dead mother. He skinned the bodies to make lamp shades, socks and a “woman suit” in hopes of becoming a woman. He was found to be insane and spent the rest of his life in a mental institution.

The 1973 movie was about two priests who attempt to exorcise a demon that has possessed a 12-year-old girl. When I saw it, I slept with the lights on in my bedroom for weeks, it was that visually scary. The growling itself was enough to give you nightmares for years!

The Real Story: William Peter Blatty, screenwriter and author of the novel “The Exorcist,” was inspired by an article he read in college about an exorcism performed on a 13-year-old boy in Mount Rainier, Maryland, in 1949. Evidence points to the boy’s behavior not being nearly as outrageous or supernatural as was portrayed in the film but through Blatty’s creative imagination, he wrote a movie that will go down in movie history as one of the scariest movies of that era.

The 1979 movie was about the Lutz family who moves into a riverside house, the site of a mass murder the year before. They encounter a series of malevolent paranormal events that drive them out of the house after only 28 days but not before the husband and father tries to murder them after supposedly being possessed.

The Real Story: Perhaps the most notorious horror movie “based on a true story,” the film is taken from a self-proclaimed nonfiction book describing what George and Kathy Lutz experienced during their four weeks in the house, including disembodied voices, cold spots, demonic imagery, inverted crucifixes and walls “bleeding” green slime (not blood, as in the film). Most, if not all, of the events portrayed in both the book and the movie have been called into question by investigators and it is widely believed that the entire incident was a hoax.

The 2006 movie premise was a nineteenth-century landowner John Bell and his family being tormented by an invisible entity, which targets his daughter Betsy in particular. Eventually the entity was exorcised after it was revealed her father had raped her and justice was done. The paranormal activities were blamed on their neighbor who they suspected was a witch and cursed Bell.

The Real Story: The movie is based on the legend of the Bell Witch, a tale that originated in Tennessee in the 1800s. According to the folklore, John Bell was poisoned by the ghost and although the film’s marketing declared that it is “validated by the State of Tennessee as the only case in U.S. history where a spirit has caused the death of a human being,” there is no such validation on record. Some claim that “The Blair Witch Project” (1999) was also influenced by this story.

The premise of this 1984 movie was that a supernatural killer stalks his prey while they dream during deep sleep.

The Real Story: Wes Craven’s movie was actually based on a series of newspaper articles from the Los Angeles Times about a strange phenomenon where young Asian refugees would mysteriously die in their sleep. It was reported that many would refuse to sleep, citing terrifying nightmares that they feared would lead to death. It was a phenomenon in Laos, Cambodia. The young men were all afraid to go to sleep. Everybody in the victim’s family said almost exactly these lines: “You must sleep.” The victims all tried to explain: “No, you don’t understand; I’ve had nightmares before—this is different.” In each case, the young men were found dead in their bed the next morning from no apparent cause.

The 1988 movie about a serial killer’s soul possessing a toy doll and wreaks havoc slashing, maiming and killing everyone in the movie.

The Real Story: In 1909, Key West painter and author Robert Eugene Otto claimed that one of his family’s servants placed a voodoo curse on his childhood toy, Robert the Doll. Supposedly, the doll would mysteriously move from room to room, knock furniture over and conduct conversations with Otto. Robert the Doll was left in the attic until Otto’s death in 1974, when new owners moved into his Florida home. The new family also claimed mysterious activities would happen in the house connected to the doll. Today, Robert the Doll is on display at the Custom House and Old Post Office in Key West, Florida.

As in anything paranormal, there is truth, assumptions and sometimes exaggerating the circumstances that makes them sound even more terrifying. That’s what Hollywood does with real life circumstances that cannot be explained and it definitely makes for good story telling. I believe they have done justice to the real stories by making them even more scarier with movie magic, big embellishments and creative license.