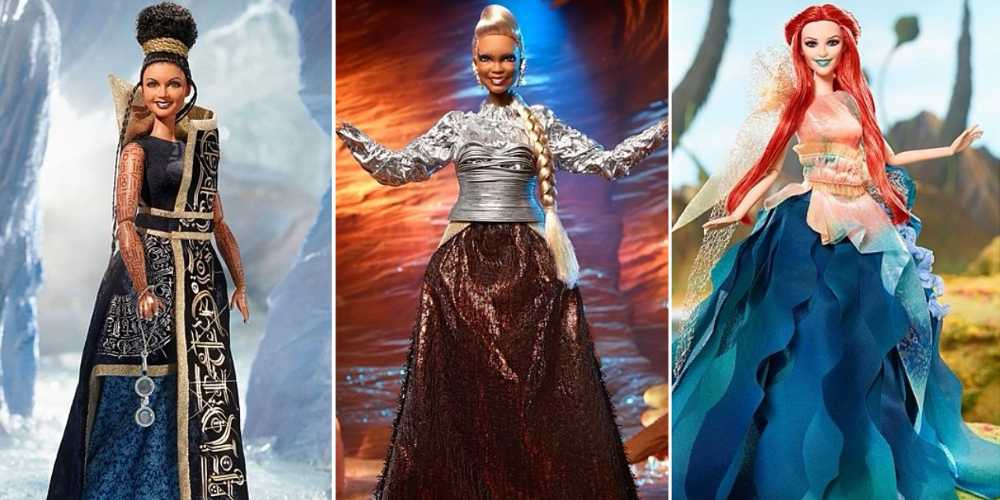 Why A Wrinkle In Time Barbies Are So Relevant

Everyone is anticipating the new movie A Wrinkle In Time coming out in March with Oprah Winfrey, Reese Witherspoon and Mindy Kaling. In the film, they play Mrs. Which, Mrs. Whatsit and Mrs. Who, respectively, and guide the book’s 13-year-old hero, Meg Murry (Storm Reid), through the universe to save her father.

Meg Murry and her little brother, Charles Wallace, have been without their scientist father, Mr. Murry, for five years, ever since he discovered a new planet and used the concept known as a tesseract to travel there.

Joined by Meg’s classmate Calvin O’Keefe and guided by the three mysterious astral travelers, the children brave a dangerous journey to a planet that possesses all of the evil in the universe.

In case you weren’t excited enough for the upcoming film adaptation of Madeleine L’Engle’s beloved children’s book, a trio of Barbie dolls modeled after actresses Winfrey, Witherspoon and Kaling have been released and they are gorgeous!

The film’s director, Ava DuVernay, who also has her own Barbie, shared a photo of the dolls on Twitter, adding that seeing the characters in plastic holds a special importance.

When Disney makes Barbies of your movie’s characters and you just want to stare at them all day in disbelief because you loved Barbies as a girl but never had any like these. #WrinkleinTime pic.twitter.com/7PzQsiNoyG

The new merchandise also cast its spell on fans on social media, with many joyfully reacting to the dolls’ diversity and that is what makes these new Barbie dolls so important.

Sure, we have had Barbies in ethnic color and tribal diversity along with every Disney character but it is what they will represent to the girls’ that own them.

They see color, ethnic diversity and a strong female representation from the movie about family love, and light overpowering darkness through that love and belief.

The new Wizard of Oz

A Wrinkle in Time began filming in late 2016 in the U.S. and in New Zealand. The leading ladies appeared to be having the time of their lives making the movie, describing to ET their camaraderie that began in the makeup chair and continued throughout the shoot.

It’s no surprise that when DuVernay was tasked with bringing the 1962 book’s powerful guardian angels to life, she looked no further than a diverse set of Hollywood’s female powerhouses.

“I wasn’t just casting for actresses. I was casting for leaders — icons,” DuVarney explained. “Reese is the hottest producer in town. Oprah’s the most prolific, venerable legend of television and an artist and entrepreneur. And Mindy’s one of the few women running a show with her name, about her.”

“When I think about the three of them together as a unit of celestial beings, it feels right,” she added.

Winfrey also commented in a magazine interview, “I felt like we were making the new Wizard of Oz for another generation.”

(READ: How Your Childhood Impacts Your Relationships)

Regardless of how the movie will be received by the critics, the representation of powerful women in charge is the message being sent to the young and young at heart girls who will own those Barbies and no better timing than right now. The fact that the movie is also spiritually flavored and throws out there the possibility of the world being different than we view it to be is also a big plus in its favor. I might not own one of the Barbie dolls but definitely on my list of movies to see.

Previous ArticleWhy You Feel The Things You Do When RejectedNext ArticleRelationship Issues: Housework

Focus on You, Then Your Love Relationship