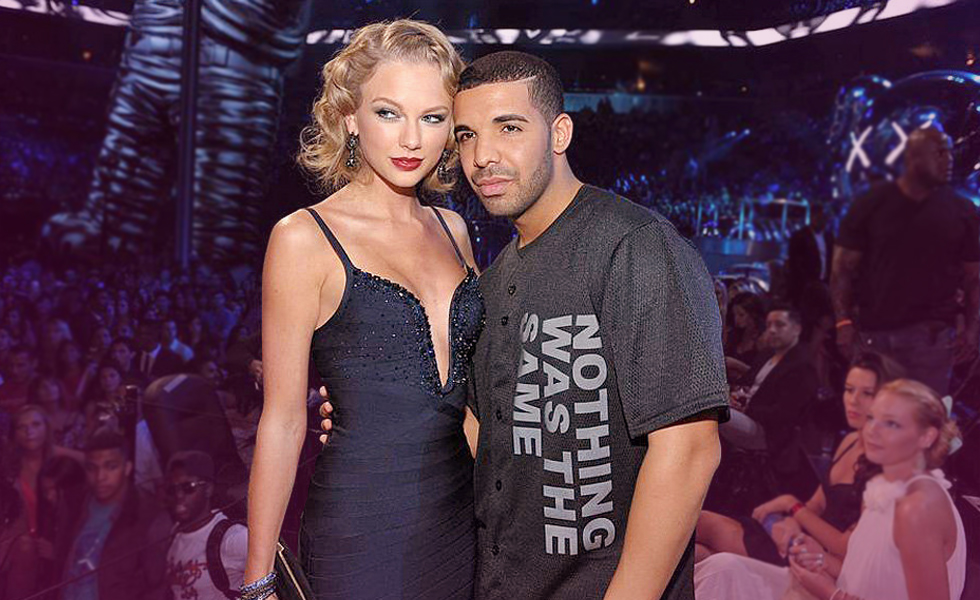 Taylor Swift recently attended Drake’s 30th birthday party at West Hollywood celebrity haunt ‘Nobu.’ Not unusual in itself since many famous people were in attendance including mutual acquaintances of Drake and his ‘friend’ Taylor.  However, not everyone has been romantically linked to the birthday boy this week.

It turns out that the romance rumours were ignited when Drake introduced Taylor to his mother Sandi. Also, there have been pictures of the two arm-in-arm when they were spotted hanging out together in August… 2013… at the MTV music awards!

Drake was recently linked to singer Rihanna but it was to be short lived.  With the greatest respect to Taylor it would take too long to list her ex’s but more recently she has been linked to Tom Hiddleston and experienced a rather acrimonious split from the handsome and talented Calvin Harris who has also been linked with Rihanna but in a rather more professional capacity.

This particular story doing the rounds does seem far-fetched and you wouldn’t really put them together as a couple, I’m sure Taylor is all for inner beauty but Drake’s bright orange Esprit sweatsuit might prove to be too much for Taylor even with her rose tinted spectacles.  Even if Drake’s entourage do rock up to their lunchtime eatery in two Rolls Royce’s!

Taylor and Drake drew the Hanged Man, the Fool and the Nine of Pentacles.

The Hanged Man shows that these two have suffered enough, emotionally.  Romance-wise there’s nothing to see.

The Fool described a different perception and a sense of eccentricity.  Scorpio Drake and Sagittarius Taylor are worlds apart, but there is an appreciation of their respective professional roles and a sense of drawing a new energy from each other.

The Nine of Pentacles very much pertains to engaging in a professional capacity.  Drake did introduce Taylor to his mother who was also part of his entourage. Taylor had evidently not attended one of Drake’s ‘events’ before and so introductions were deemed necessary.

This ‘relationship’ would not work in a romantic capacity but the ‘couple’ are professionals to the end.  Who knows, we might hear of a collaboration in the future.  Never say never!