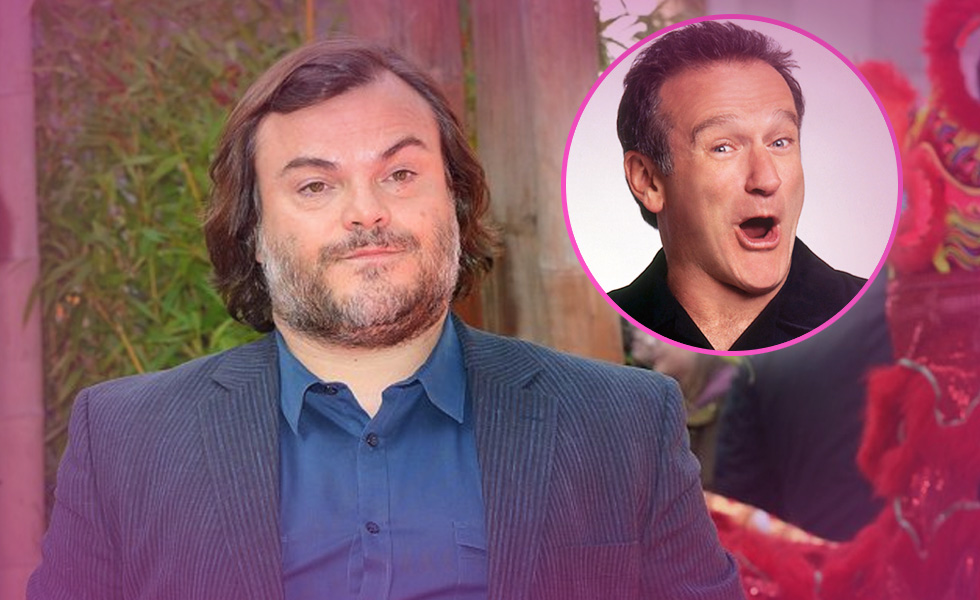 While much of the target audience for ‘Jumanji: Welcome to the Jungle’ may not have been old (or, indeed, alive) enough to have seen the 1995 original on the big screen, Sony Pictures’ upcoming sequel will ensure that the first’s biggest star won’t be forgotten. Speaking to The Hollywood Reporter at a photo call held on the sidelines of CineEurope in Barcelona, Jack Black, who had just moments earlier straddled an nimatronic crocodile for the benefit of the cameras, explained that the late great Robin Williams still had a role to play with the new film featuring a tribute to him. “We’re exploring this jungle and trying to conquer the game; it’s life or death,” he said. “But while we’re there, we find clues left behind by Williams’ character Alan Parrish. He built up a full-blown jungle house, similar to a Swiss Family Robinson situation. It’s like he’s there helping us without actually being there.”

Black also explained one key difference between ‘Jumanji’ and ‘Jumanji: Welcome to the Jungle’.

“In the original you never got to see the inside world,” he said. “But this one takes place primarily inside the jungle of Jumanji. That’s the coolest part of the film, we’re able to transport the audience to that secret and wondrous land, with the danger and the beauty.” Jack Black and Nick Jonas the stars of the ‘Jumanji’ sequel paid tribute to the late Robin Williams. Describing Williams as a “sweet, sweet man,” Black said the late actor would “love” the movie. “He had a great sense of adventure. It would have been amazing to work with him,” he said. He said it was important to the cast to “pay justice” to Williams. “I think it’s about trying to tell the story in a new and exciting way. And hopefully he would have liked it.” Williams, who died in 2014, starred in the original 1995 movie as Alan Parrish who was trapped in the board game for 26 years. The new film, ‘Jumanji: Welcome to the Jungle,’ shows where Parrish was all that time. Jonas was a late addition to the cast and his character has yet to be revealed. In the sequel, the board game from the original movie has been reimagined as a vintage video game into which four teenagers are drawn. The teens become their video game avatars played by Dwayne Johnson, Kevin Hart, Karen Gillan and Black. “Twenty years have passed and obviously we have better special effects and a bigger budget. That’s why we were able to go into the jungles of Jumanji,” said Black. ‘Jumanji: Welcome to the Jungle’ will be released in December.

It Was A Fun Movie With Lots Of Robin Williams’ Energy, Hopefully The Sequel Will Match That!

I feel Jack Black and Dwayne Johnson are perfect choices to match Williams frenetic energy he had in the movie. I believe it will be fast paced, visually over the top and hopefully a box office success. Robin would like that!

Seven of Cups:
This is a card showing many choices available. I feel the idea of a sequel has long been on the table but just needed the right chemistry to make it happen.

The Fool: Inverted (Upside Down)
This card is one of trust, faith and optimism. Since inverted, everyone involved are keeping their fingers crossed this sequel will be received as well as the original. Everyone knows the curse of sequels in Hollywood.

Ten of Swords:
This is card of troubled times and challenge. This might indicate the issues that were involved to get the movie made in the first place but nostalgia for the good ole’ days are big now and hopefully we will be seeing a fun sequel.