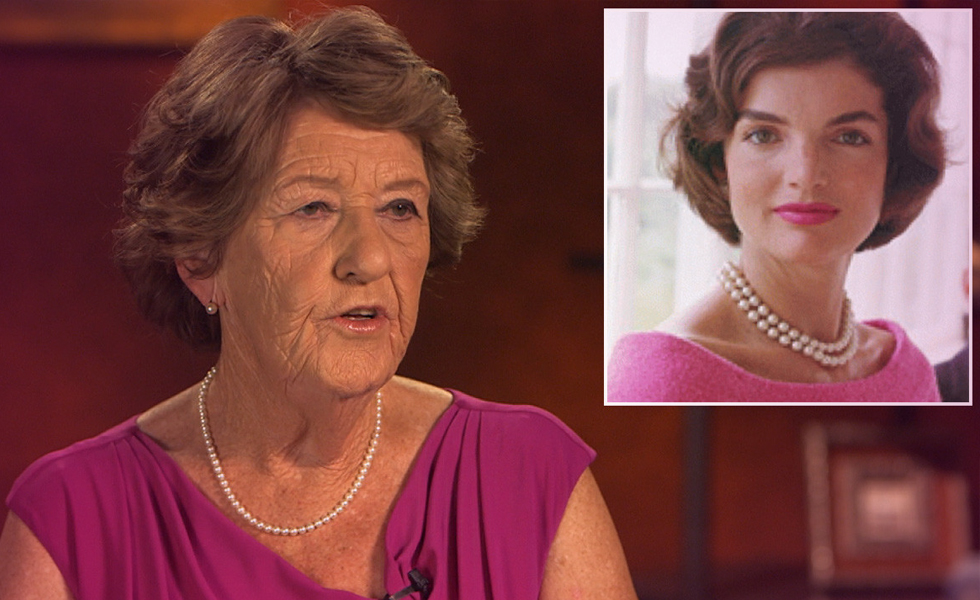 A new book from Jackie Kennedy Onassis’ former assistant is shedding light on what life was like inside Camelot following President John F. Kennedy’s 1963 assassination. In her new book, “Jackie’s Girl: My Life with The Kennedy Family”, the former first lady’s assistant, Kathy McKeon, revealed details of the 13 years she spent with the Kennedy clan. McKeon served as Mrs. Kennedy’s personal assistant from 1964 to 1977. “It was a lot of fun,” she recalled. “There were a lot of people coming and going. You would not be lonely in that house.” McKeon was only 19 years old when she became the personal assistant to one of the most famous women in the world. She got the job after she was recommended by her cousin. On the day she thought she was going to interview with Mrs. Kennedy, she was asked if she could start right away. There was no formal interview process. She said that on her first day, she was instructed to call Mrs. Kennedy “madam” and she stuck with it.

Just 10 months after JFK’s assassination, McKeon moved in with his family in their New York City apartment on Fifth Avenue. Shortly after she started the job Caroline Kennedy, only 7, asked McKeon a question all Americans could identify with at the time, where she was when her father was shot.

“I said I was in Ireland and I said to Caroline, ‘Where were you?’ And she said, ‘I was in the White House.” McKeon said JFK’s brother, Robert stepped in as a father-figure for his niece and nephew.

“Robert had an excellent” relationship with John Jr. and Caroline adding, “He was a fantastic uncle and he was very, very nice to madam.” McKeon recalled JFK Jr.’s fascination with planes. “He had an old Army plane that was on the lawn in Cape Cod. John spent an awful lot of time on that plane.” The former personal assistant also remembered the heartbreak she felt after JFK Jr’s fatal plane crash in 1999. Even after she stopped working for the Kennedys, she and the former first lady were still very close and constantly kept in touch, often writing letters to each other. McKeon has kept the letters and other Kennedy photographs and memorabilia in a scrap book. McKeon was still working for the family when she got married in 1971. She was stunned when Jackie Kennedy showed up for the big day. “I sent them all the invitation, I didn’t think she’d come. I was so shocked when she sent me the invitation back.” Not only did the former first lady attend the wedding, she paid for their honeymoon. “She sent us to Barbados and she told me to make sure to put plenty of sunblock on,” McKeon recalled. Jackie Kennedy died of cancer in 1994 and her former assistant admits she still misses her former boss. “I dream about her all the time,” McKeon said.

Will Kathy McKeon’s Book Shed Any New Light On The Kennedy Family?

Yes, in some respects as it is written from an employee’s point of view versus as an interested voyeur. I believe she will reveal some quiet time aspects of the family’s grief and readjustment, making Jackie seem more real and vulnerable.

Ten of Wands: Inverted (Upside Down)
This card is one of carrying a burden in life. As the card is inverted, I feel the sharing of her information is somehow a “letting go” for McKeon.

King of Swords:
This card is of contracts and advice. I believe McKeon never wanted to share her personal memories of Jackie as they belonged to only just her and was convinced begrudgingly to write the book.

Four of Pentacles:
This card is financial issues and materialism. Card sort of says it all. This might indicate Mckeon is in need of the money the book will bring, so decided to write it now versus in the past.