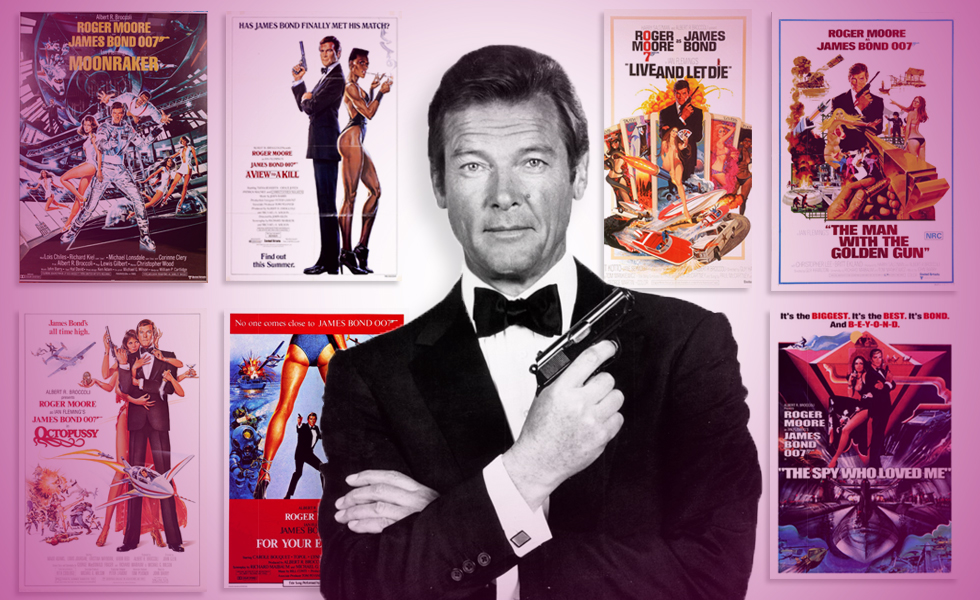 Sir Roger Moore, 89, the longest serving James Bond ‘007’ actor in the franchise, died on Tuesday after a battle with cancer. His family shared the sad news with a statement on Twitter, writing, “We know our own love and admiration will be magnified many times over and across the world by people who knew him for his films, his television shows and his passionate work for UNICEF which he considered his greatest achievement.” The family will hold a private funeral in Monaco, per his wishes, the statement said. Upon hearing the news, touching notes from celebrities began pouring in on social media.

Moore is best known as the man who replaced Sean Connery in the James Bond franchise, but his career was much more than playing the debonair spy. His good looks helped get him in front of the camera but it wasn’t until Moore would star as Simon Templar in the popular British television series “The Saint” from 1962 to 1969 that he became a recognizable star. Major success came later in life when at the age of 46 he took on the role of James Bond. The dapper actor had the longest run as 007. In a 2014 interview, he told NPR he thought his version of the spy who never met a foe he couldn’t conquer or a woman he couldn’t seduce, was the most humorous. “I look like a comedic lover, and Sean Connery in particular and Daniel Craig now, they are killers,” Moore said. “They look like killers. I wouldn’t like to meet Daniel Craig on a dark night if I’d said anything bad about him.”

Moore was married four times: most recently to socialite Kristina Tholstrup whom he was married to at the time of his death. Moore said a prostate cancer diagnosis in 1993 changed his outlook on life. “I suppose I thought about life and what was going on in mine, and I took some pretty hefty decisions.” “That included the decision to leave my third wife Mattioli for Tholstrup, who had been a friend.” Mattioli went public with the details of their break-up and was awarded a multimillion dollar settlement. The split caused a rift with Moore’s three children, which he said healed over time. “They have great loyalty to their mother,” Moore said. “But, in the end, I trusted we would all be reconciled, and we are. They now get on with Kristina and accept her importance in my life.” The actor also said he did not believe that death was the end. “My attitude about death is going into the next room, and it’s a room that the rest of us can’t get into because we don’t have the key,” he said. “But when we do get the key, we’ll go in there and we’ll see one another again, in some shape or form, or whatever.” What a wonderful view Roger Moor had of “going home”.

Absolutely Yes! Moore said it himself when comparing his role to Connery and Craig’s. He brought intelligence, charm and smooth sensuality to the role versus “kicking your ass”. He was missed when he left the role but it is an on-going young man’s game.

Eight of Pentacles: Inverted (Upside Down)
This card is working hard at your craft. Since the card is inverted, I feel Moore felt like acting was more fun than work and enjoyed whatever he did.

Knight of Wands:
This card is about freedom. I believe this card shows Moore’s attitude about life in general, feeling he wanted the freedom to pick and choose what made him happy as evident when he changed wives.

Wheel of Fortune:
This card is going with the flow of life and all its changes. I believe this was Moore’s attitude towards having cancer. Whatever the outcome would be, he accepted it.

When Life Seems To Go Wrong