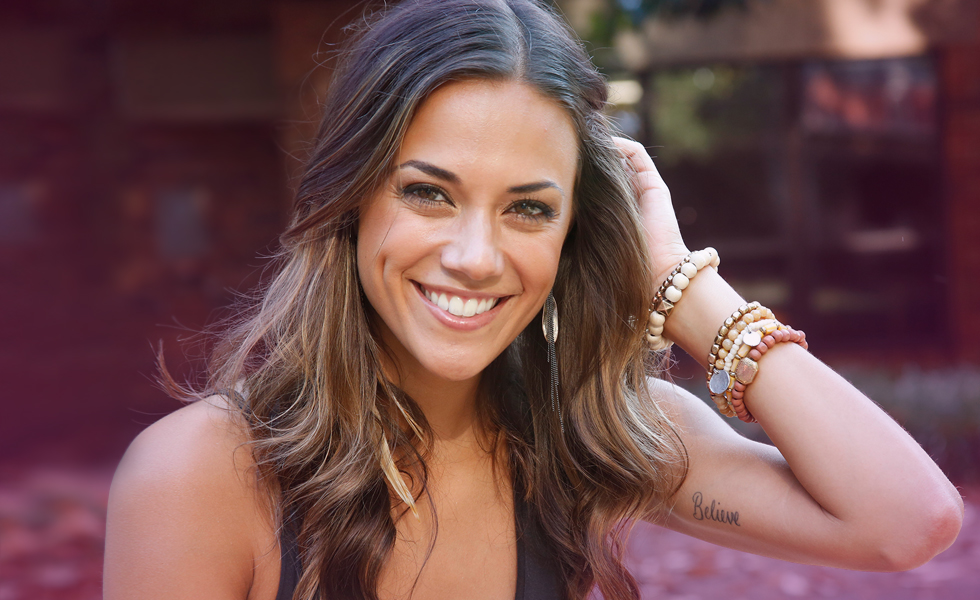 Has Jana Kramer laid her relationship ghost’s to rest?

Jana Kramer has made no secret of the fact that her stint on Dancing with the Stars is a form of therapy for her.  She appears to have been doing well with her partner Gleb Savchenko.

Jana is determined to exorcise her relationship ghost’s amid the latest revelations.  Evidently, not one to engage in the subtleties of life, the 32-year-old revealed that she was just nineteen years old when she married her first husband following a two weeks courtship.  The marriage was not a healthy one with her husband being charged for attempted murder and serving a prison sentence.  I guess it’s difficult for many people to comprehend why anyone would choose to stay in a relationship with someone who was less than honourable.

Questionable behavior’s aside,  Jana seems to have a need to try and make a dysfunctional relationships work and this is to her own detriment.  This is one lady who certainly appears to believe in the fairy tale of love at all costs, despite two subsequent husbands and a fiancé in between.  More recently, Jana made the decision to leave husband number three following the birth of their daughter.  She says that found the strength to leave the marriage six months after the birth.

Kramer is clearly very much focused on her journey on the 23rd season of Dancing with the Stars.  She also has a gig lined up for later this month where she is due to perform at Colorado’s Gildan Esprit de She event on October  22nd.

Today, Jana drew the Four of Pentacles, the Three of Swords and the Princess of Pentacles.

The Four of Pentacles comes with lessons.  Maintaining a successful career does not equal healthy functioning relationships.  Jana’s emotional security is very much a work in progress and she continues to carry the emotional baggage from the past.  I wonder if she will gain an understanding that her personal relationships may reflect who she was at various points in her life.  I do not sense that she is ready to let go of the past right now.  She has a story to tell and tell it she will.

The Three of Swords reveals the incompatibilities and the losses experienced.  I feel that one is a lonely number for Jana and there is a need to have a love partner in order to feel complete.  In going through the process of ‘dance therapy,’ Jana should remember that healing is already taking place, any painful thoughts should be acknowledged and then let go.  She should understand that there have been many happy times and that joy will enter her life again.

The Princess of Pentacles brings news of material matters and helpful people.  Moving forward I feel that Jana will seek out only the necessary information in order to assist in her pursuits.  Her daughter is at the heart of any future plans, she will continue on her path for inner truth and healing.  Good luck to Jana on the next leg of her life path.

Protect Yourself from Negative Energy