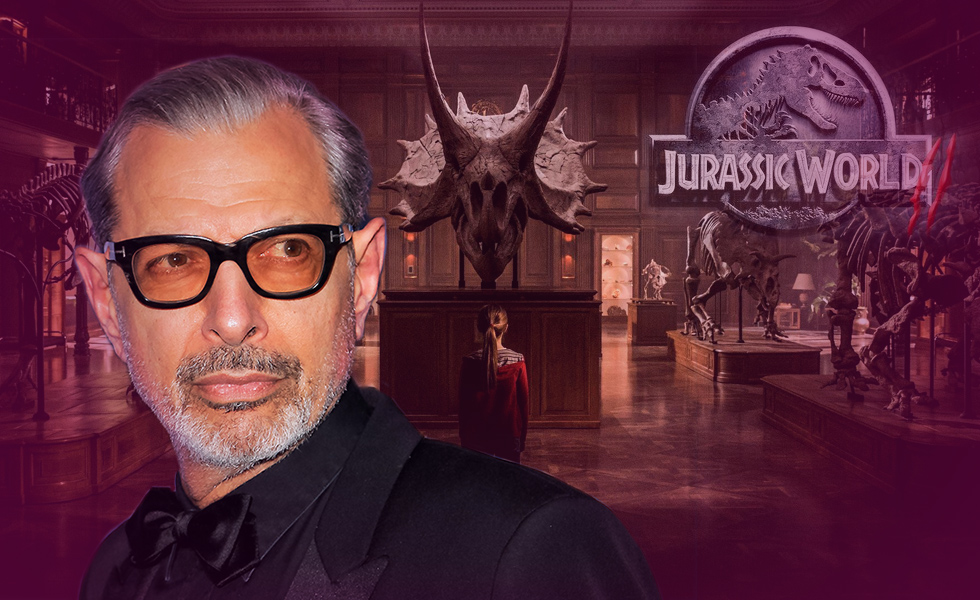 He’s back! Old-school “Jurassic Park” fans just got a lot more enthusiastic about the next big-budget sequel.
Jeff Goldblum has joined the cast of “Jurassic World 2”, according to the Hollywood Reporter and the cloned dino world is rejoicing! Goldblum’s character Dr. Ian Malcolm, was introduced in Jurassic Park and immediately struck a chord with fans. Goldblum will reprise his role as the snarky “rock star” mathematician who also happened to be suave and charming. Plus, he seemed to be the only character who was smart enough to run away from the dinosaurs. He was one of the few who managed to survive Steven Spielberg’s blockbuster films “Jurassic Park” in 1993 and “The Lost World: Jurassic Park” in 1997. Goldblum’s character predicted from the very beginning that cloned dinosaurs would evolve in unexpected ways and be difficult to control. Now 20 years later he will be reprising his role, though you’d think he would have learned his lesson about going anywhere near dinosaur theme parks by now. Dr. Malcolm had become one of the franchise’s most popular and meme-worthy characters over the years, thanks in part to his memorable one-liners (“life, uhh, finds a way”) and his tendency to lounge around with his shirt open after dinosaur attacks. Throw in a bit of 90’s nostalgia and it’s no surprise that social media is overjoyed at the news.

He joins Chris Pratt and Bryce Dallas Howard for the follow-up to “Jurassic World,” the much-hyped 2015 relaunch that raked in $1.67 billion worldwide and became the fourth-highest grossing film in history. The film will also star Justice Smith, James Cromwell and Toby Jones. Directed by J.A. Bayona, the film is scheduled to be released June 22, 2018. Goldblum, the Oscar-nominated actor had previously said he hadn’t been offered a role in the last “Jurassic World” film, which came out in 2015. Despite that snub, he stated, “If I never did any more, I’d be entirely nourished and happy and fulfilled from having done these. They’re doing spectacularly well without me.” Goldblum, who welcomed a second child with wife Emilie Livingston this month, has stayed busy with other acting roles, including “Independence Day: Resurgence,” “The Grand Budapest Hotel,” and “Law & Order: Criminal Intent.” I am sure nostalgic Jurassic fans are glad to have the tall, lanky actor back in action in the new Jurassic World movie franchise.

Yes! It is going to be blockbuster either way but Goldblum’s character was well liked, so even further anticipation for the new movie will be there.

Knight of Cups: Inverted (Upside Down)
This card represents a romantic idea and sometimes a new creative venture. Inverted I believe this was completely unexpected from movie goers and Goldblum himself but everyone is excited about the idea.

Queen of Swords:
This card represents a strong woman who gives straight answers. This card could possibly represent someone involved with the movie who is aware of the sex appeal and charm Goldblum gave to the first movies.

Four of Swords:
This card represents being emotionally exhausted and wanting to retreat. This card could have come up for Goldblum. After all he is 64 and just had his second baby! Lol!