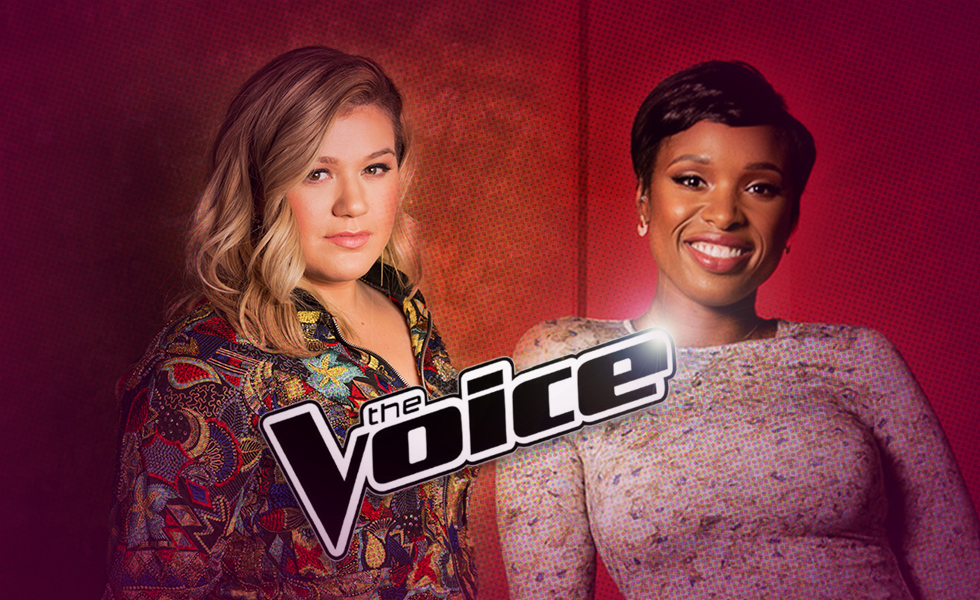 Jennifer Hudson and Kelly Clarkson Joining ‘ The Voice ’ As Coaches

Jennifer Hudson and Kelly Clarkson are officially set to join “ The Voice ” as coaches in Seasons 13 and 14, respectively. They will be replacing Alicia Keys who wants to begin work on new music. Jennifer Hudson, the “Hairspray Live” star shared the news with her followers on Twitter, writing, “Let’s do this #TeamJHud!!” Hudson will sit alongside Mily Cyrus, Adam Levine and Blake Shelton. Hudson also shared the news on Instagram, with a touching caption. She wrote. “In tears thinking of what this means and represents to me and knowing and walking the journey! Wow, who would of thought after being a contestant, that one day, I would be sitting in one of those chairs from the U.K. to the U.S.! Only God!!!! Oh, but I made it! Of course, Hudson knows her way around a singing competition show, so we think it’s safe to say she’ll be a great fit. Not only was she a winning coach on the U.K. version of “The Voice”, she also got her start appearing as a contestant on the third season of “American Idol.” “Jennifer is an extraordinary vocal talent and one of the premier voices of our time. She embodies the experience, expertise, positivity and sheer talent that ‘The Voice’ stands for,” Paul Telegdy, NBC’s reality group president said in a statement in Variety. “Her exceptional skills as a singer and actress have extended to film, television and Broadway, which makes her an incredible addition and a natural fit for our show.”

Later on, it was announced that “American Idol” Kelly Clarkson would also be joining the NBC show, where she’ll coach with Levine and Shelton in Season 14. A fourth coach for that season has not yet been confirmed. “I’m so excited to join ‘The Voice’ at NBC,” Clarkson said in a statement. “We’ve been going back and forth with them for years on joining their team and the timing hasn’t been right until now. Ever since NBC and I worked together on my Christmas special years ago we have established an amazing relationship and I have always loved coming on to either mentor or perform on ‘The Voice’ over the years. I can’t wait to turn my chair and see the faces of up and coming artists that I may be able to help get that push and support they’ve been needing to break into this industry. Watch out Shelton… I’m comin’ to win!” The fact that Hudson and Clarkson are headed to “The Voice” seems like a loss for the team in charge of the “American Idol” reboot, especially since the two singers are among the competition show’s biggest success stories. Apparently, Clarkson was asked to judge on “Idol” but no reason is known as of yet why Clarkson chose “The Voice” over “Idol” but I am sure the big reveal will show up soon.

What Kind Of New Energy Will Hudson and Clarkson Bring To The Voice?

Since they both have very different vocal styles it will be refreshing to see the show switch musical styles for their female judges from Season 13 to 14, Clarkson being more contemporary country and Hudson more R&B but both strong in POP music.

The Empress: Inverted (Upside Down)
This card is a woman with a nurturing way about her. I feel this is Clarkson’s energy and since it is inverted, the audience will get to see a side of her that is also very professional.

Knight of Cups: Inverted
This card is a man who is a dreamer and considers himself to be, a romantic. Since it is inverted it could mean one of the women do not get along with or are not impressed with Levine or Shelton.

Queen of Pentacles:
This card is a woman where status is important, likes luxury and feels strongly about being of service to help others. I believe this card is Hudson’s impact to the show. There may also be a little diva energy going on too.