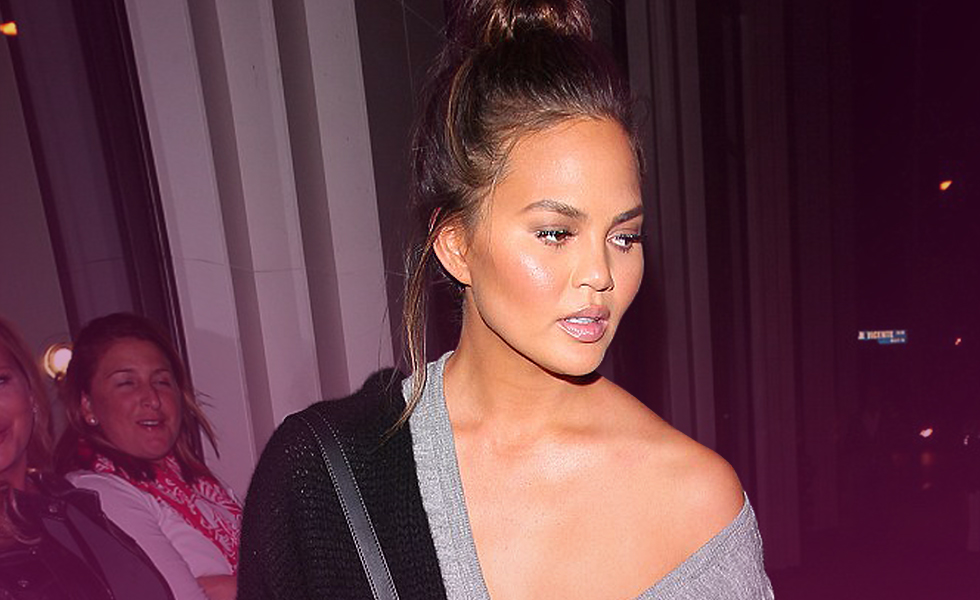 John Legend and a glum Chrissy Teigen. What’s going on?

John Legend and wife Chrissy Teigen were spotted looking very much at odds with each other whilst out and about on a date night recently. John was showing off his ear to ear smile, however, the usual upbeat Chrissy looked decidedly glum.
This is one couple who appears to have it all but Chrissy is uncharacteristically serious right now. The fun and feisty gal who is clearly no shrinking violet did not look happy. More recently, Chrissy whose twitter account has more than 11million followers took the monumental decision to make her twitter account private. It’s no secret that she’s engaged in a few heated ‘spats’ over time and it’s been very much taken in her stride. On the subject of twitter, Chrissy says that she’s absorbing too much negativity but did not highlight the source of the negativity.
37-year-old Mr. Legend who has a new album out has offered snippets of what fans can expect. He says it’s about who he is as a person and where he is in his life. His wife and daughter also figure in the album.
John’s keen to promote his new album but does Chrissy need to take time out. What’s going on?

Chrissy was very much the focus of today’s cards. What do the cards say today? We have the Nine of Wands, the Queen of Wands and the Five of Swords.

The Nine of Wands reveals a need to defend herself in a manner which does not feel comfortable for her. She is a little more sensitive than usual and there is a hypervigilance around her.

The Queen of Wands reveals a hesitancy in moving forward which feels unusual for her. This usually strong woman appears to be backtracking. I feel that Chrissy will regain her inner strength and move forward with more confidence.

The Five of Swords is very much a card of surrender and defeat. There is a sense that someone has been less than honourable and this has led to the mysterious closing of her twitter account. The energy around Chrissy is that of someone who has a need to deal with her issues alone. This is not recommended. I feel that she should reach out for support during this challenging time. Good luck to Chrissy in recharging her emotional batteries and coming back stronger.