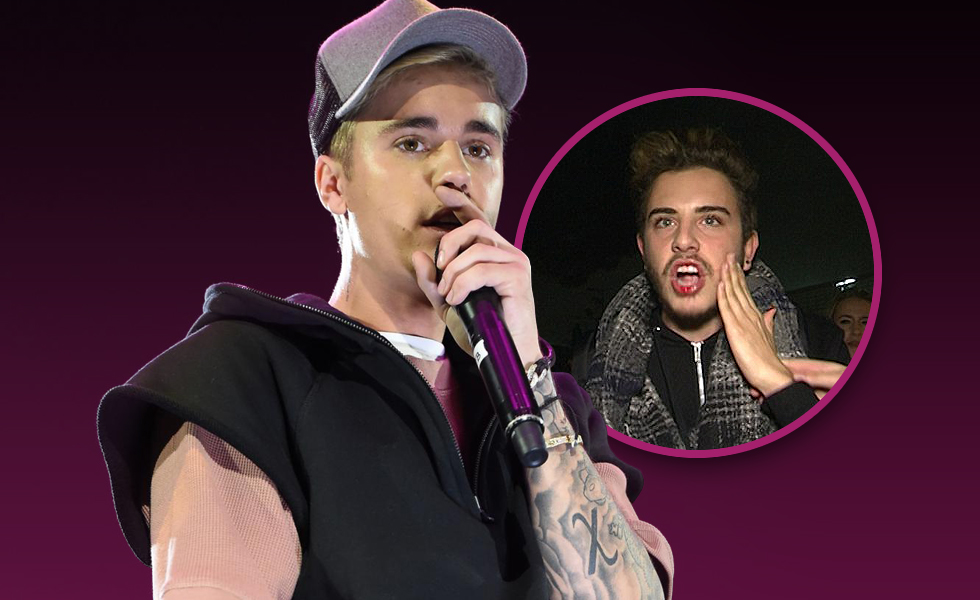 Why did Justin Bieber swipe out again?

Justin Bieber has a bit of a reputation of swiping out at people. Normally, I would be the first to complain about him. But on this occasion, I have to stay I would be on his side.It would appear that one of his fans decided that they were going to make physical contact with him through the window of the car. Now that is taking a liberty, one which Justin responded to with his usual form of mediation. Justin punched him leaving him with a split lip.

To Justin. Normally i would not be on the side of anger and striking out. But today I find myself in the unusual situation of agreeing with you. Some people have lost the childhood lesson of respecting people’s space. They appear to think that because you are in the media spotlight, then you are an easy target. But apart from that, it poses a very high-security risk to you. With this in mind, perhaps it’s time to address this side of your security. No doubt this person will think twice before they take that liberty again.

Let’s throw some cards out for you today Justin and see what they say for you.

The Star Card.
This card encourages you the venture into areas you have yet to explore. The new year appears to be a time to deal with something that you have been putting off for some time. This would appear to be connected to a career rather than any other part of your life. It’s never too late to discover another side to yourself. We all have hidden parts of ourselves that stay hidden waiting for us to discover them.

The Four of Wands
This card is the card of balance. It also talks about your career, so there is no reason to believe that in 2017 you are going to suffer any setbacks in that area of your life. You could say that this card is pointing to the next year being pretty much like this one, but there will be new doors opening. Combining the two cards of the star and this one, it’s like a new offer with a little twist. Would it be that there as an acting role? It’s in show biz, but a different twist to an existing talent.

The Two of Cups
This is a balance of the heart. It would appear that 2017 is a stable year of the heart. Love is in the air. In our youth, love comes and goes. We learn the ropes as we grow, and we have many relationships what we would call learner loves. But 2017 appears to be the year when Justin Bieber falls deeply in love and for the right reason.

It appears the cards are saying that there are issues to be death with, possibly your security considering the fan got that close to you. But your work appears to be taking a twist that will put you on a new path. Not leaving your music behind. But wrapping something new into an existing art. love is highly featured for you Justin Bieber, so the heart has found it’s home.Perhaps this is what brings you the changes that you need in your life. By June of 2017, you should have sight of the career change.