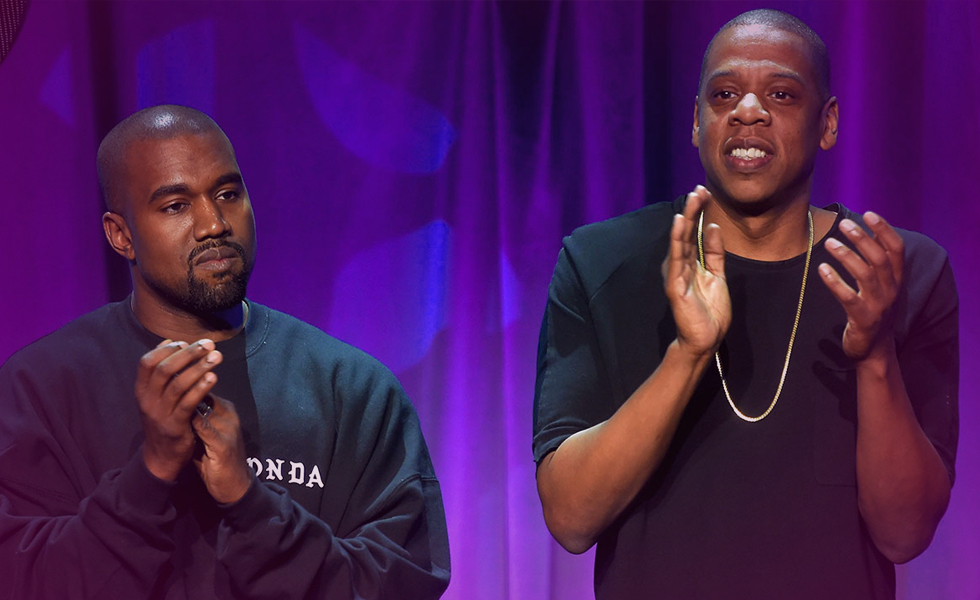 Jay-Z’s attack against Kanye West on 4:44 has nothing to do with Kanye bailing from Tidal, it’s all about Kanye’s concert rant and Jay-Z clearly does not think Kanye’s mental condition at the time was an excuse. Sources connected to the two moguls tell us Jay-Z was enraged when Kanye went on stage in November of last year and first went after Beyonce with thoughts that were difficult to understand and then calling out Jay-Z for shutting him out of his life. The incident happened right after his wife Kim Kardashian’s Paris robbery. While on stage Kanye called out JAY-Z, saying, “Jay-Z — call me, bruh. You still ain’t called me. Jay-Z, call me, Jay-Z — I know you got killers. Please don’t send them at my head. Just call me. Talk to me like a man.” As one Kanye source put it, “Kanye was days away from going to a psych ward with some really serious mental issues. We get why he [Jay-Z] was upset, but give Kanye a break.” We’re told Kanye had no idea Jay-Z would go after him on 4:44 and when he heard it he was “shocked.” Jay-Z’s new album contains the lyrics, “I know people backstab you I felt bad too. But this f*** everybody attitude ain’t natural. But you ain’t a saint, this ain’t kumbaye. But you got hurt because you did cool by ‘Ye. You gave him $20 million without blinkin’. He gave you 20 minutes on stage, f*** was he thinking’? f*** wrong with everybody is what you sayin’. But if everybody’s crazy, you’re the one that’s insane.” (Sorry about all the swear blip outs but that’s Rap lyrics folks! Lol!) Is anyone watching the throne? It’s unclear if the ”$20 million” he says he gave Kanye is part of the dispute. Jay-Z meanwhile, says his lyrics shouldn’t be taken literally. “It’s about killing off the ego, so we can have this conversation in a place of vulnerability and honesty.” Someone should tell Kanye.

Apparently, Kanye West has also split with Jay-Z’s Tidal streaming company over a money dispute. Jay-Z’s streaming service Tidal supposedly owes Kanye $3 million. Kanye isn’t interested in bonuses from Apple, Spotify or any other streaming platforms … ’cause he’s done with exclusive releases. Sources with knowledge of the conflict between Kanye and Tidal state that Kanye does not want to enter into any more exclusive album releases or contracts with streaming services to host any upcoming projects of his, because he wants to avoid what happened on Tidal, too limited access for far too long. We’re told when Kanye does drop new material, he plans to make it available on as many music platforms as possible so more people can listen as soon as it’s released. Both parties face possible legal action if he goes to another streaming service. His last album, “The Life of Pablo,” was exclusively on Tidal for about a month and a half and we’re told that’s affecting his decision to widely release his music. From reported sources, Kanye’s business beef with Tidal predates the release of Jay-Z’s album “4:44” in which he disses ‘Ye. The bottom line though is new Kanye music should be coming to a streaming service near you in the near future.

Well Let’s See, We Have Two Huge Ego’s Vying For The Same Throne! Definitely, Something Had To Give!

My psychic feeling about this rift between the two once close friends seems to have started with Kanye hooking up with Kim Kardashian. It is strongly rumored that Jay-Z and wife Beyonce barely tolerate her, which would definitely bring up some big personal issues between the two friends. Also, it seems like everything Jay-Z touches now seems to turn to gold whereas Kanye….not so much.

Queen of Pentacles:
This is a woman that status is important and sensitive to what others say. I feel this is Beyonce and not wanting to be anywhere near the Kardashian drama circus. She is a very private about her life.

Nine of Pentacles: Inverted (Upside Down)
This card is enjoying the success of one’s labors. Since pulled inverted, it supports Kanye’s and Jay-Z’s money issues with each other.

Strength:
This card is self-explanatory. I believe it is indicating a power struggle between the two huge stars and their HUGE egos about who is right.