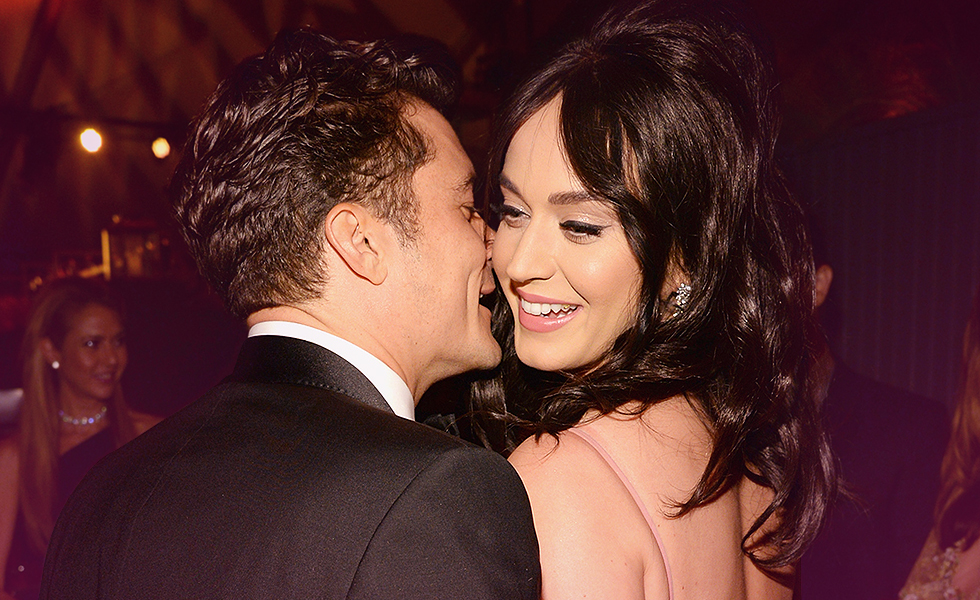 Katy Perry and Orlando Bloom have been dating since January this year after ‘connecting’ at the Golden Globes. Now we hear that an engagement is on the cards. Katy has been spotted wearing a huge diamond ring on the third finger left hand and she has said that Orlando has ‘the most kind heart ever.’ Evidently, they’ve met the parents and Katy has been introduced to Orlando’s son. Like any good father, Orlando is very protective of his son, and so to allow a girlfriend to meet him. Must be serious!

The couple have said that they value their independence but they do support each at Industry events, more recently, Bloom attended Perry’s pre-Grammys celebration even though the event is for music producers and artists only. When the singer attended the UNICEF Snowflake Ball in New York recently with Orlando in tow, her ring was no-where to be seen prompting speculation that perhaps the ‘engagement’ was off, although she was wearing a dress that would not look out of place had she been walking down the aisle. During the recent presidential election, Katy was one of Hillary Clinton’s celebrity advocates and Mrs Clinton was in attendance at the ball to present Katy with UNICEF’s Audrey Hepburn Humanitarian Award. Bloom received the same award last year.So the question is… Is 11 months together long enough for the divorcees to decide whether to take their relationship to the next level. Orlando was married to Miranda Kerr for 3 years until their divorce in 2013 and Katy was previously married to Russell Brand.

So the question is… Is 11 months together long enough for the divorcees to decide whether to take their relationship to the next level. Orlando was married to Miranda Kerr for 3 years until their divorce in 2013 and Katy was previously married to Russell Brand.

Is a wedding on the cards for these two?

The Chariot reveals a challenging energy and an absence of emotion. There are many work commitments that have impacted on their relationship but the couple have managed to control this area well.

The Lovers is the love affair and the choice to be made. The love feelings are genuine but is someone holding back a little. I feel that marriage is the natural progression within this relationship, but are they really ready to take that step.

The Four of Hearts says yes, but I and when it happens it will be an understated affair. There is an energy in this card that the female counterpart should face the possibility that she has never really known true love.

There is every chance that this couple will commit to marriage. It’s no secret that Katy has been hurt from her marriage and subsequent divorce, but I feel that if she is able to remove the defensive mask then she will have the opportunity to experience the love that she seeks. Watch this space!