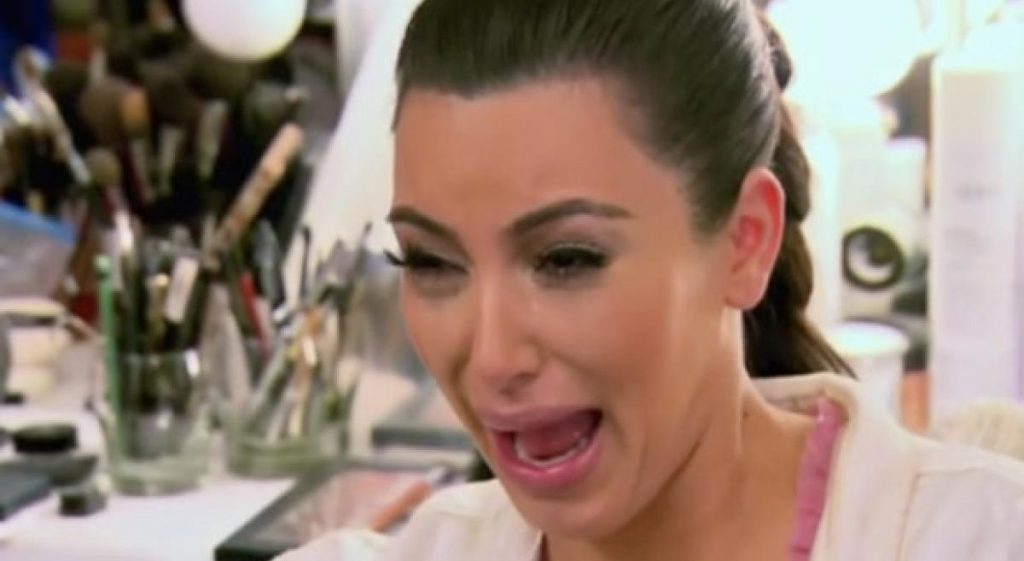 Keeping Up With The Kardashians Not Stopping Anytime Soon

Whether you are an outright addicted fan, a closet junkie to the KUWTK reality show or a absolute hater of the show, you have to ask yourself once in awhile, why? What is it about this talentless family of women that fascinates the viewers? Are they exceptionally beautiful, live an unreal ultra-rich lifestyle and rank number one in the drama queen department, absolutely!

But there are many other reality shows that have a similar concept and do not even come close to the success the Kardashians have had. So, what exactly is it? The Kardashians pretty much invented laughing all the way to the bank, right?

The first family of reality TV has once again inked a major renewal deal with the E! network to keep Keeping Up with the Kardashians on air till 2020. The lifespan of the series has reportedly been extended for five more seasons of all the listless salad-eating, lip kit launcher and baby makers. This means Kim, Kris, Khloe, Kendall, Kourtney and Kylie will all be around until Season 19 with a few more additions on the way. That’s right, I said season 19!

Reported compensation for each of the KarJenners differs but according to TMZ, the family scored a $150 million deal, while Variety cite more conservatives estimates of below $100 million. They apparently decide among themselves how to split the earnings, which could amount up to $30 million per season. The last time the family sat down at the negotiating table was February 2015, when they reportedly walked away with a four-year deal totaling $100 million.

“We recently celebrated the milestone 10th anniversary of Keeping Up With the Kardashians on E!,” a network spokesperson told Variety in a statement. “We have aired 13 wildly successful seasons of the franchise as well as 11 spin-offs and Season 14 is off to a strong start. We are incredibly proud of our partnership with the Kardashians and they remain an important part of the E! family. We look forward to continuing our collaboration for years to come.”

Not Just a Sex Tape

First things first! Has everyone sort of forgotten how Kim Kardashian got famous? In popular culture, we’re famous for having a selective memory as we latch on to certain things and forget others. It’s because, like many other wannabe starlets, she videotaped herself having sex. Granted, in today’s world, it’s not such a risky move anymore. Now it just seems par for the course, a natural debut into celebrity culture, than something that’s taboo.

But what separates Kim Kardashian from all the other ladies who came into celebrity status via a sex tape is that she’s managed to parlay it into a career that has NOTHING to do with sex. The fact that she worked that sex tape into a family friendly reality show is due to one thing and one thing only, the Kardashians “momager”, Kris Jenner. The matriarch and Svengali of the Kardashian empire, hustled the hell out of her children. She seized every opportunity that was given to them and helped all of them achieve that next level of fame.

The Kardashians are a fascinating example of society’s willingness to forget. Their reality show, has a lot to do with how American selectively moves past the scandal. Instead of showing Kim’s giant ass and her face moaning in ecstasy on a bed, it captures Kim hanging with her wacky family and dealing with relatable drama.

Their family dynamic closely resembles that of a scripted sitcom but there is something for everyone. Whether they deserve the fame or not is beside the point. They’re here and it looks like they are going to stay. America obviously saw something likeable about them and now buy their ridiculous clothing line at Sears just because.

The Kardashians have completed the American dream. Starting with nothing but a sex tape and ending up making $100 plus million-dollar reality TV deals. Taking away all the ridiculous opulence of their life, most everyone can relate to this insane family of drama queens. And as the babies keep on coming, that is why they will be around forever or seem like it!

The Kardashian show is an example of a perfect storm, synchronized with the need for America to find some escape from the harsh reality of their own life and of the world. The family is relatable because they are just that, a family. Regardless of living a life only the rich and famous live, they are still just sisters, brother, ex’s, new homes, new cars, boyfriends, health issues and the list goes on and on, just bigger and more opulent and of course, having a camera following you around all the time.