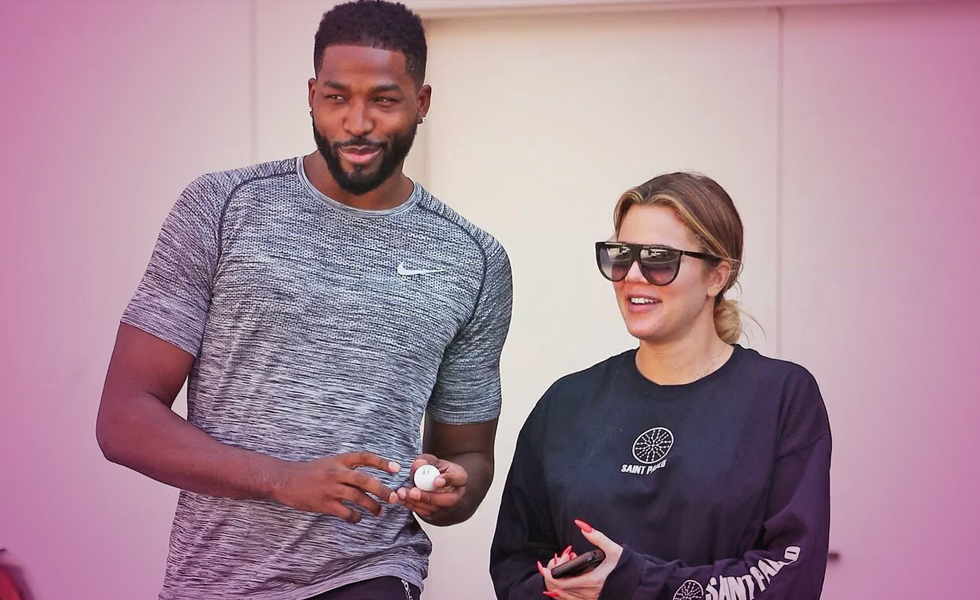 Good Lord, It Must Be In Their Water! Khloe Kardashian Is Also Pregnant!

It looks like the 10th Anniversary celebration of KUWTK is coming in with a whole new generation of future reality stars. This show could be terrifying go on forever if the babies keep coming! It has been announced that Khloe Kardashian is pregnant with her first child with boyfriend Tristian Thompson. Though the baby will be Kardashian’s first, Thompson already has a 9-month-old son with ex-girlfriend Jordan Craig. A source tells E! News, “Khloe is so happy you have no idea.” The past week has been a steady stream of baby news for the first family of reality TV. Khloe’s pregnancy news comes just days after reports surfaced that her 20-year-old sister Kylie Jenner is pregnant with rapper Travis Scott’s child.

The 33-year-old ‘Keeping Up With the Kardashians’ star and the 26-year-old basketball player began dating a year ago after meeting on a blind date set up by a friend in September 2016. In an interview in August, Khloe explained, “I’m in the best relationship I’ve ever been in and it doesn’t take a ring for me to feel that way.”
“Khloe and Kylie are both due around the same time, both approximately 4 months along.” In addition, Kim Kardashian and Kanye West are reportedly expecting their third child via surrogate next January! According to an insider: “This isn’t something they were in a rush to announce to the whole world, and it’s only been in just the past week or so that they’ve felt comfortable telling most of their inner circle. Things were complicated a bit by Kylie’s announcement as they don’t want to be seen as intruding on that moment for her but it is now reaching a point where Khloe doesn’t want to be openly lying to people, and just staying quiet isn’t going to work anymore.”

“Khloe has wanted a baby for years and yet it’s more than that: she didn’t want it unless she was in the right relationship for it. She never let it happen with Lamar, intentionally, and she never considered it with James or French or anyone else she has seen. But this is such a wonderful moment for her: not only is she going to be a mother, she is going to be raising a child with a man she truly loves. Everyone is over the moon for them both.” “Tristan is a great dad and he definitely wants more children, but we both feel that it will happen when the time is right,” she said in a recent interview. “We’re still in a new relationship and I love us having time together. Once you have kids you can’t get back your non-kid years … You worry about your children for the rest of your life.” Congratulations to both!

Well this one caught everyone by surprise! Khloe had well documented fertility issues when married to Lamar Odom and has always expressed her desire to have a baby. Once asked by Barbara Walters in a 2011 interview why their show was so successful: “You don’t really act; you don’t sing; you don’t dance. You don’t have any — forgive me — any talent.” Here is what I believe is the secret to the fascination everyone has with this group of women and all the drama: FAMILY! They are closely bonded, love each other fiercely and family means everything to them. Bad or good, they stick together as a unit!

Queen of Swords:
Woman who is of strong character, no nonsense approach to life that may also carry scars from the past. I have no doubt this card represents Kris Jenner, the ultimate momager.

Princess of Pentacles:
Creative energies and new plans. Three new babies coming into the Kardashian clan all around the same time is what one would call pretty creative and making new plans.

Six of Swords: Inverted (Upside Down)
Spiritual awakening and enlightenment, a wakeup moment. Since pulled inverted, even with all the new pregnancies, you still have a house full of spoiled young women who have what they want when they want it and do pretty much what they please. Not seeing much new self-awareness here!