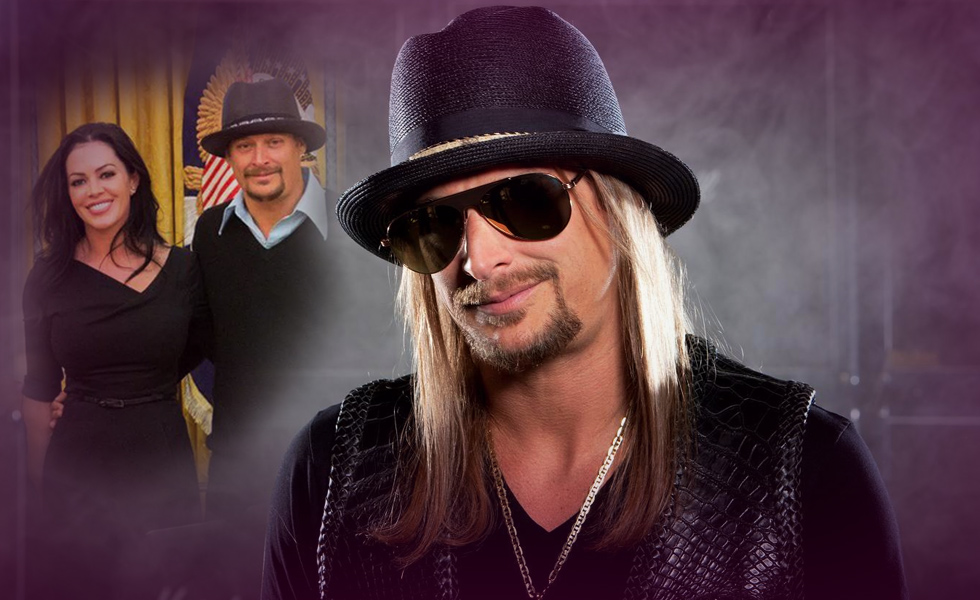 Looks like rapper or rocker Kid Rock is off the market! The 46-year-old singer and his longtime girlfriend Audrey Berry, got quietly engaged earlier this year. The extremely private couple has been reportedly dating for nearly a decade and met when Berry was part of his fan base on the “Chillin” cruises. Pictures appeared on TMZ of Berry’s reported engagement ring during Kid Rock’s “Chillin” fan cruise a couple of weeks ago which traveled from Tampa to the Bahamas. This will be Rock’s second marriage. He married Pamela Anderson in 2006, though she filed for divorce after four months of marriage. Kid Rock and Berry have been a tight item since meeting a few years after the dissolution of Rock’s marriage to Pamela Anderson. Kid Rock and the “Baywatch” star divorced just months after their private wedding in the south of France.

Unlike the high-profile romances that marked the early years of his career, Kid Rock has deliberately maintained a wall of privacy around his relationship with Berry. “This is somebody who is not a celebrity. It can really be a tough thing to deal with. I’m thinking of somebody else, trying not to be so selfish.” In the years since, Berry has become a well-known figure within the Kid Rock fan community, hanging out and posing for pictures at events such as Chillin’ the Most. Kid Rock continues to work in Nashville on the follow-up to his 2015 album, “First Kiss.” Cruise goers said on social media that Rock’s onboard performance included a new song, “American Rock ‘n’ Roll.” The musician is currently on tour through the fall, so it will definitely be a while before wedding planning is underway. Seeing how they have had such a low-keyed relationship, we are pretty sure the wedding will not be a big rock star extravaganza either!

Will This Be a Solid Marriage That Will Last?

Probably not (after all he is a rocker!) but it still has a few years going strong into the future.

The Hermit: Inverted (Upside Down)
This card represents going within for self-knowledge and being alone to do that. Because this card is inverted, I believe this is what Kid Rock found out about himself in spite of his past that he really did enjoy just being with one woman who understood him. Even though he has a public persona, he likes his private life private.

Princess of Wands: Inverted
This card represents a young female’s energy with new creative ideas. Because the card is inverted, I feel Berry turned Kid Rock’s life around for the better and somewhat domesticated him. She pretty much lets him be who he is without wanting to change him. This might also mean she might possibly want children together.

Eight of Cups: Inverted
This card represents disappointment in love and life. Because it is inverted, I believe they have both experienced illusions in relationships but Berry is pretty adaptable and I feel she is the strong foundation in this relationship despite Kid Rock’s reservations at first.