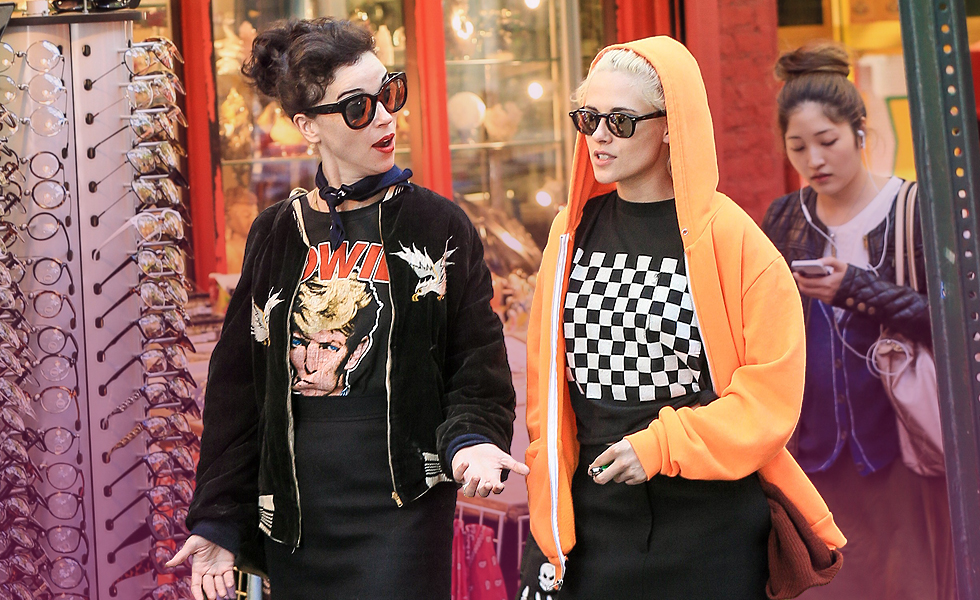 Kristen Stewart has reportedly achieved her relationship goals. She has been seen hanging out with ‘kindred spirit’ Annie aka St. Vincent and more recently they have engaged in major public displays of affection. They’ve also been wearing matching outfits so it must be love. Friends of the actress have said that Kristen is a huge fan of St. Vincent’s music and likes how worldly she is. Who could resist a girl who loves travel!

The couple have walked the red carpet together while Kirsten has supported her co-stars. The 26-year-old is one of the world’s highest paid female actors and yet despite her success, she still has some insecurities about her acting. Since gaining her big break in Twilight, Kristen has taken on various roles. Her latest movie is Woody Allen’s new romantic comedy ‘Cafe Society’ where she plays the female lead who goes by the name of Veronica, and the leading lady falls in love with a talent agent. Kristen also stars in French psychological thriller Personal Shopper.

So is this truly a soul mate connection as they would have us believe? Let’s see what the cards say.

The lovebirds drew the Nine of Pentacles, the Ten of Wands and the Hierophant.

The Nine of Pentacles is the card of emotional abundance. Their declarations of love are real. I feel that they are seeking the best of both their worlds. And why not?

The Ten of Wands reveals a battle of wits. There is a sense of working hard to gain the upper hand as they continue to be fascinated about each other.

The Hierophant is the commitment card. I feel that both ladies are very much committed to each other right now and there is a sense of formality in their approach to the relationship.

I have to say that this does truly feel like a soulmate connection. There is a sense of intensity between them and neither of the ladies engage half heartedly in any of their relationships. This connection could go the distance but there is an underlying energy of duplicity. Let’s take a wait and see approach with these two.