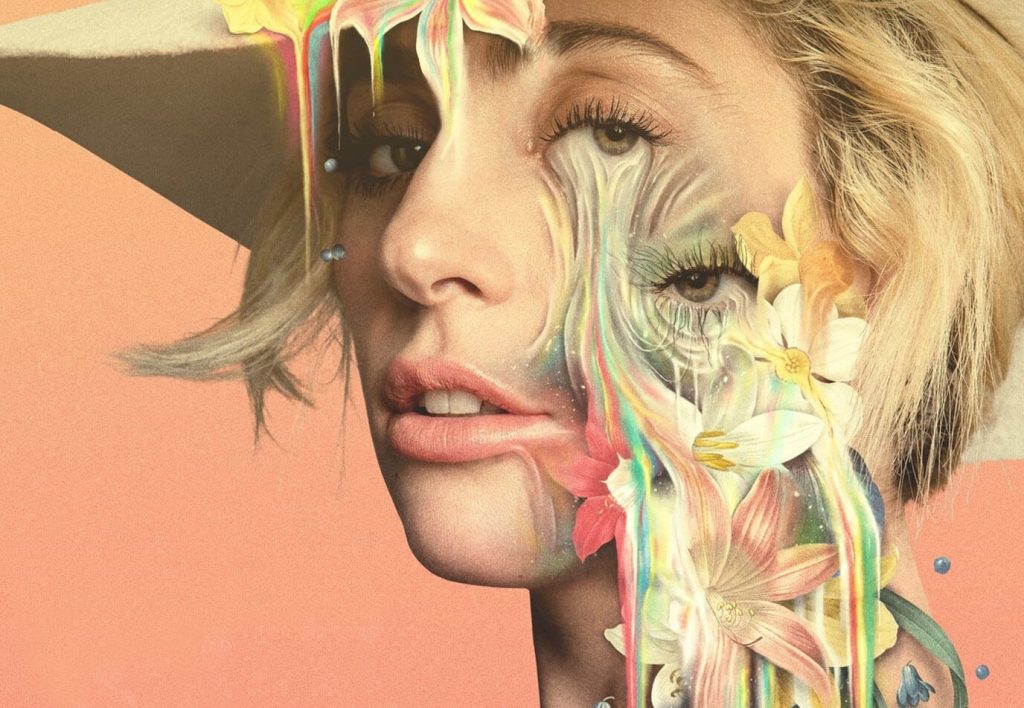 Netflix’s “Gaga: Five Foot Two” is a fun, fascinating peek backstage. She of course being the next generation Madonna in terms of re-inventing herself, numerous number one billboard hits, shocking the shit out of everyone at times and taking up causes that are not considered “safe” by the general public. Lady Gaga has also been pretty open about her struggles with her looks, (she was once called out by a music reviewer when she broke out her first album, asking: “who is this”? You can’t even tell if they are a boy or a girl!” She is completely unabashed about her body and will go where no man has been before on any subject matter. You cannot brand her music as it sounds like this or sounds like that but she has definitely become the pop queen, knocking Madonna off that worshiped pedestal of the odd and rebellious music maker.

Lady Gaga’s new documentary, “Gaga: Five Foot Two,” opens with a shot of her, suspended in midair. Only her bottom half is visible, emphasizing the sparkling stiletto boots that adorn her legs. She’s about to be hoisted toward the sky for a grand entrance at this year’s Super Bowl halftime show, where she rappelled onto the stage. That flashy footwear is a pop signature brand: An artist so famous for eccentric shoes, she doesn’t require a torso to look familiar. Oh, we also mustn’t forget the infamous MTV appearance in a meat dress which stunk up the stage and made it difficult to interview her without gagging! Lol!

And yet, in “Five Foot Two,” Gaga has abandoned, to some degree, the decadence with which she built a career. Even though Gaga can seem more austere these days, “Five Foot Two” is still a traditional pop-star documentary brimming with behind-the-scenes intrigue. Gaga teaches superstar producer Mark Ronson how to use Instagram! She has a “little baby meltdown” on the set of “American Horror Story: Hotel” after being handed a new script at the last minute! She records with Florence Welch! She lectures her staff about being better prepared! She receives flowers from her ex-fiancé! She sits around with her breasts exposed!

Gaga also discusses Madonna, who went from veritable forerunner to vehement rival. Gaga is playfully defiant while discussing Madonna, promising she will always admire the elder queen of music. (Their supposed feud got heated when certain fans, music critics and Madonna herself accused Gaga’s “Born This Way” of imitating Madonna’s “Express Yourself.”) What “really bothers” Gaga is that Madonna, also an Italian who cut her teeth in New York, called Gaga “reductive” to a journalist instead of to her face. “Telling me you think I’m a piece of shit through the media?” she says in the movie. “It’s like a guy passing me a note through his friend.” “I just want Madonna to push me up against a wall and kiss me and tell me I’m a piece of shit,” she says, practically issuing an invitation. Most superstars have made the obligatory “rockumentary”, mostly with not great success.

Lady Gaga’s has such a complex personality, her documentary may just turn out to be an interesting take on someone who strives to be in the spotlight but freely expresses her fear of it and desire to be treated as the girl next door with a lot of talent! Not ever happening in her lifetime. I will make bets that she will continue to rock on as Madonna has until she becomes the compared and labeled “elder queen of music” next to some younger version of both of them.

Two of Wands: Inverted (Upside down)

Future success focused on a coveted prize. Since pulled inverted, it could represent the saying: “Be careful what you ask for”! I believe success took a big emotional toll on Lady Gaga who is more fragile than one would expect.

Young energy for new projects. I feel this supports my statement of her continuing on with her music until she becomes the older rock queen and will also continue to reinvent herself.

Depression and feeling sad. Lady Gaga has already revealed she suffers from depression and more than likely the documentary will reveal more of that.