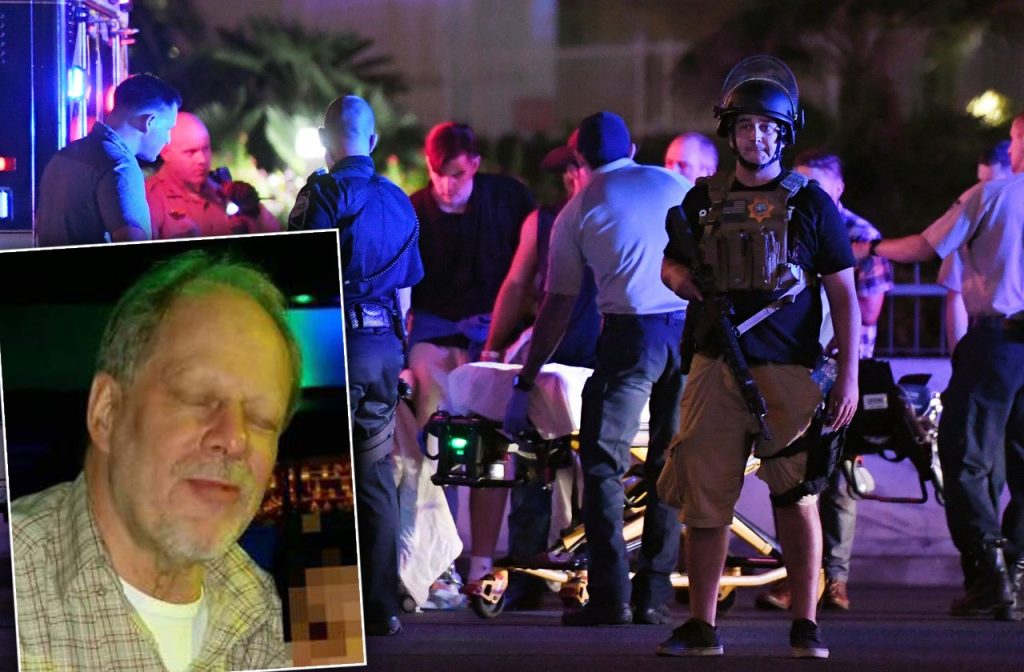 In most mass shootings by a deranged gunman, the state of affairs of the shooter is one of mental illness, no assets, possibly disowned by family and full of bitterness and hate for everyone in their life. They rarely have any material assets nor any wealth. As a result, victims of mass shootings in the United States often win little or no damages from perpetrators.

However Stephen Paddock, 64, who open fired on the crowd from his hotel window with a machine gun at the final night of the Las Vegas Route 91 Harvest Music Festival on October 1st, is a different case. He is thought to have had multi-million-dollar investments in buildings across Texas and California. As a result, the victims and their families will have a chance at some monetary restitution.

Paddock’s estate has become a target for claimants in a case where victims and their families face an uphill battle holding liable the hotel and musical festival where the shooting rampage took place.

“It definitely depends on the assets in the estate whether you pursue that claim,” said Theida Salazar, a Los Angeles attorney who represented one of the victim’s families in the 2015 shooting.

His estate was also named as a defendant in a complaint filed last week in Nevada state court. Attorneys who brought that action said they are planning to file more lawsuits. Plaintiff Paige Gasper, who was wounded in the shooting, accused Paddock of battery and the intentional infliction of emotional distress. She also sued MGM Resorts International, the owner of the Mandalay Bay Resort and Casino, event organizer Live Nation Entertainment and the maker of a gun accessory Paddock used, Slide Fire Solution.

Another lawsuit on behalf of a California woman, Andrea Castilla, killed in the shooting was filed on Tuesday against the same defendants.

Eric Paddock, the shooter’s brother, did not respond to a request for comment but he previously told the Las Vegas Review-Journal that he will be administering his brother’s estate for the benefit of his victims.

In this senseless killing of so many innocent people from one man’s rage with a firearm capable of spraying bullets into a crowd at a rate of 12 bullets per second brings down huge emotional and physical pain combined with being buried in financial burden for the victims. No one still knows why Paddock did what he did and he took it to his grave but it is interesting that he did not liquidate his assets before his plan of attack. Because of that, his victims will receive some small justice for his heinous act.