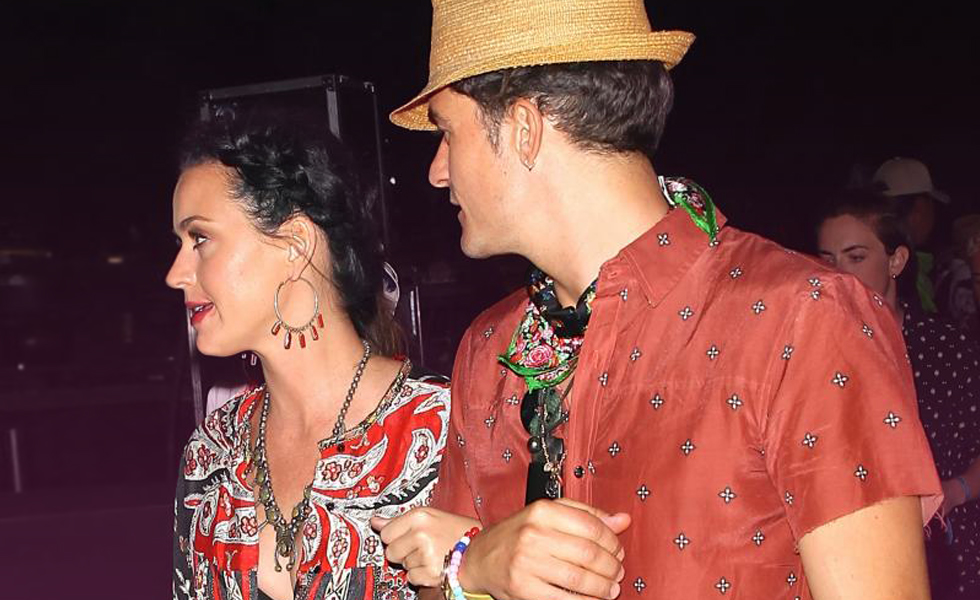 The Latest Flame, The Candlelight, The Romance… The Ex!

Awkward! Pop singer, Katy Perry was out on the town with her latest flame, Lord of the Rings actor Orlando Bloom, who has been ‘courting’ Katie since earlier this year. Loved up and enjoying a romantic dinner date in West Hollywood, who should she bump into… John Mayer, the ex!

Katie, who has recently acquired 90 million followers on Twitter, was happy to chat with her ‘on again – off again’ ex, but it didn’t seem to impact on her evening out. Orlando is smitten with Katy right now, he has previously been seen stepping out with many beautiful women since his divorce from Miranda Kerr, model, and mother of his five-year-old son.

Currently, Katie is working on her fifth album and if PDA’s are anything to go by, this one could quite well go the distance.

What do the cards say? Well, they drew a minor arcana card sandwiched between two major’s. The Moon, the Four of Pentacles and The Empress. I feel that The Moon and The Empress are Katie’s cards, while The Four of Pentacles belongs to Orlando. The Moon reveals the dawn after the darkness and the need for Katie to separate illusion from reality, The Empress is traditionally associated with pregnancy and childbirth but in this context, it feels more along the lines of creative inspiration and the conception of a new project. The Empress shows the sensuality and beauty that Katie projects. The Four of Pentacles reveals the lessons around power and although for many, power is attained through increased wealth, in this instance we are being shown that real power comes from within and through inner values and self-worth, something that we cannot put a price on. I feel that Orlando is coming from a position of strength and many aspects of this relationship appear to be within his control, but there does appear to be some uncertainty. It is still early days for the couple but I believe that there will be more to come from these two. Watch this space!

Katy PerryOrlando Bloom
Previous ArticleOprah Winfrey gives an inspirational speech on Career, Religion and Living the DreamNext ArticleWendy Williams tells it like it is… to Gwyneth Paltrow!

Is Your Bad Luck By Design Or Created By You?