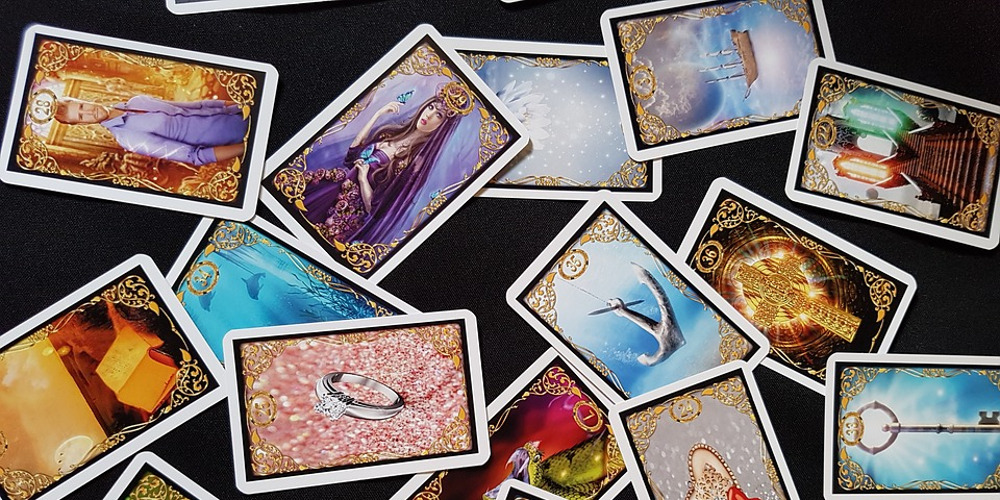 Tarot is widely known as a predictive tool that psychics and readers use to dive into their client’s life, future and options. However, there are many other techniques to approach our client’s concerns: Oracles, pendulums, numerology, astrology… One of my favourite tools to use besides Tarot is the Lenormand deck, and for this, I would like to introduce this little gossipy deck to you all!

A Lenormand deck consists of 36 cards with simple symbols. The Lenormand system is very different from Tarot. The reading technique is more rigid, and it is interpreted in a clear way. While Tarot is great to dive into the grand questions of life, Lenormand is really useful when it comes to finding out what is going on from a more mundane, day-to-day perspective. As well, it is also a different experience for the reader. When it comes to Lenormand, intuition, although still relevant, takes a backseat to give preference to the system. For it, it is a great tool for those who want to read but don’t feel entirely attuned with their intuition yet!

A Brief History of Lenormand

The Lenormand deck has been attributed to Mademoiselle Marie Anne Adelaide Lenormand, a french diviner that lived in the times of Napoleon and was allegedly his personal psychic consultant. According to the legend, she predicted to Josephine, Napoleon’s wife, that she would become an empress long before this was even an idea.

She was said to use a deck called Le Jeu Du Destin, that would later become what we know today as a Lenormand deck, however, many believe that she was not the original creator of the deck.

There are two main currents in the Lenormand system with minimum variations, French Lenormand and Russian Lenormand, the latter being closer to gypsy fortune telling systems. Both traditions are rich and relatively easy to pick up on!

What a Lenormand reading can do for you

Sometimes, Tarot dives too deep and leaves the querent insatisfied. They know the reasons behind what is happening, the patterns and the higher purpose of the life events they are dealing with, however, sometimes, more mundane answers are required and this is when Lenormand comes in really handy.

This oracle works great for answering yes and no questions! Tarot leaves more room for gray areas in this aspect, while Lenormand can be pretty direct! As well, it works wonders when it comes to finding out about feelings, inner and outer influences of a situations and information about parties involved. Have you ever had a Lenormand reading? Share your experience in the comments!