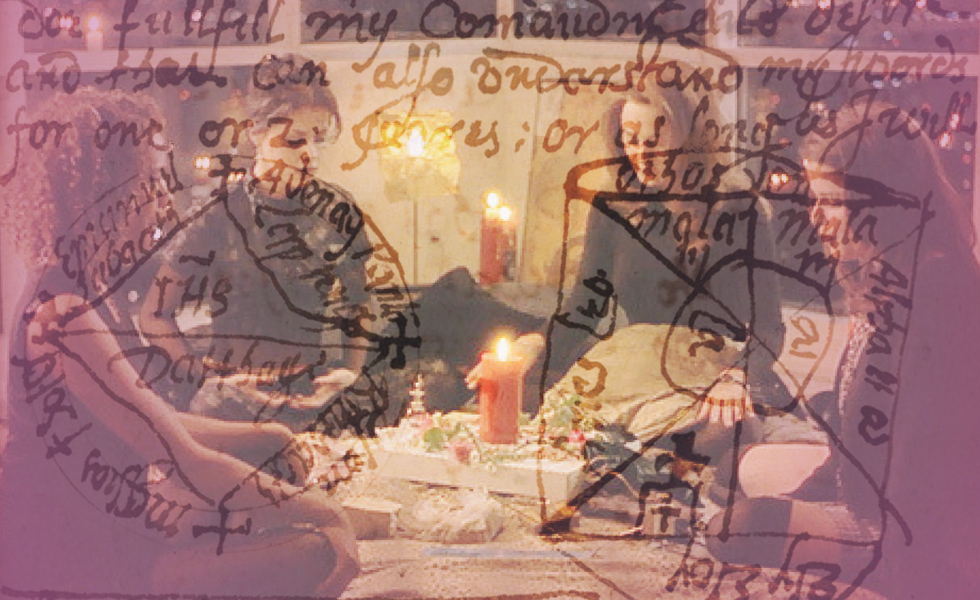 According to the Smithsonian, the Newberry Library in Chicago is crowdsourcing translations for three 17th century manuscripts dealing with charms, spirits and other manners of magical practice. Titled “The Book of Magical Charms,” “Cases of Conscience Concerning Witchcraft” and “The Commonplace Book,” each of these three texts are handwritten in archaic Latin and English and currently accessible online in the research library’s “Transcribing Faith” portal. “You don’t need a Ph.D. to transcribe,” Christopher Fletcher, the coordinator of the project, told the Smithsonian. ” The initiative is a great way to allow the general public to engage with these materials in a way that they probably wouldn’t have otherwise.”

So far, Fletcher said experts have learned “The Book of Magical Charms”, which is believed to be handwritten by two unknown witches from England, contains spells that are supposed to ease menstrual cramps, help you cheat in a game of dice and communicate with spirits. “Cases of Conscience Concerning Evil Spirits,” which was authored by Increase Mather, the Puritan minister who presided over the Salem Witch Trials, vilifies witchcraft and defends the executions of suspected witches. “The Commonplace Book,” is a collection of questions surrounding morality and religion that explore the ethical and moral implications of magical practice.

“Both Protestant and Catholic churches tried very hard to make sure that nobody would make a manuscript like this,” Fletcher said. “They didn’t like magic. They were very suspicious of it. They tried to do everything they could to stamp it out. Yet we have this manuscript, which is a nice piece of evidence that despite all of that effort to make sure people weren’t doing magic, people still continued to do it.”

“Ultimately, the crowdsourced contributions are making these manuscripts more accessible to researchers and they’re setting the stage for fresh insights about the coexistence of Christianity and magic as well as the role that religion played in private and public life in the 16th and 17th centuries,” stated Alex Teller, the director of communications for Newberry Library.

OMG! Thank You JK Rowling And The Harry Potter Books Of Magic And Wizardry!

The mere fact the Smithsonian deems these books of magical practice worthy of translation versus hiding or burning them, shows how far we have come to accepting the possibility that magic has existed in the past and still exists in our world now. Yahoo!!!

Eight of Cups: Inverted (Upside Down)
This is leaving an unhappy situation and disappointment. Since pulled inverted, it supports my above-mentioned statement of a new approach to using the unseen forces of nature.

Ace of Swords: Inverted
This is about cutting away all the crap that is unnecessary. Since pulled inverted, I believe there is still skepticism about the worth of translating the books but is still being pursued.

The Chariot: Inverted
This is overcoming fears and moving forward. Since pulled inverted, pursuing the translation of the books may still hold a bit of secret fear as: “what if these spells really do WORK!!!!”, what do we do now?” LOL!