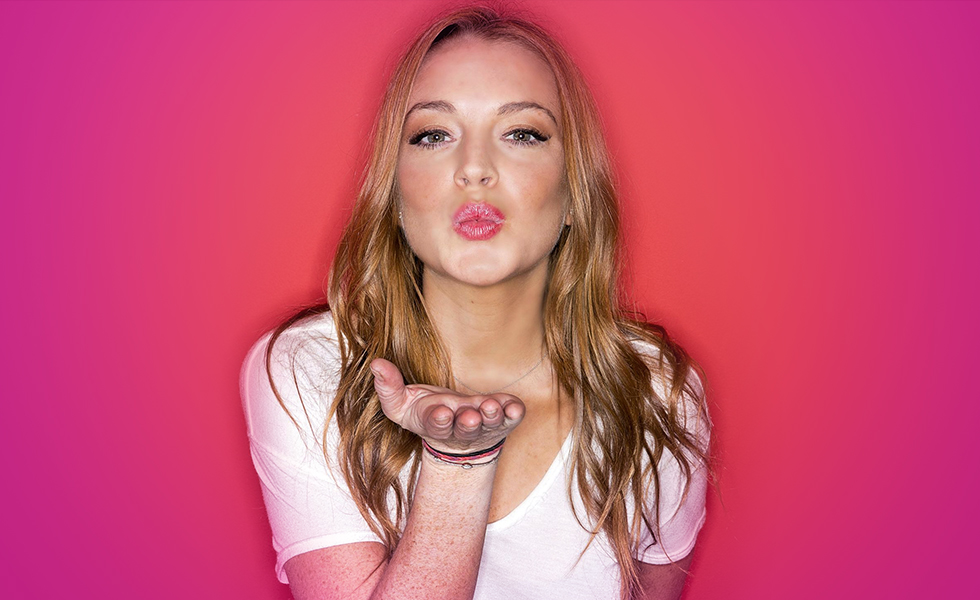 Lindsay Lohan has rediscovered the fun side of her personality, it was bound to reveal itself eventually.

The ‘Mean Girls’ actress shared via social media that she is a citizen of the world. Her main residence is in London and she has been based there for the past few years apparently. She also purchased a nightclub in Greece and has busied herself visiting Syrian Refugee Camps. Additionally, (as far-fetched as it sounds) Lyndsay is rumoured to have received payments from the Turkish Government. I wonder what for!

And now, the internet is somewhat obsessed with Lyndsay’s linguistics, many of her fans and followers are trying to place the origin of her ‘new’ accent. She has revealed that she converses in three languages and is currently learning a few mores. Lyndsay has said, ‘I’ve been learning different languages since I was a child. I’m fluent in English and French and can understand Russian.’ Yes Lyndsay we remember the billionaire Russian ex-fiancé! She went on to say, ‘I am learning Turkish, Italian and Arabic.’ Mother Dina Lohan revealed that Lyndsay’s maternal grandmother is Italian and that as a child Lyndsay would speak only in Italian to her grandmother. Mom also said that Lindsay has a high IQ and the ability to pick up on any language very quickly. So it would appear.

And so, fans and followers of the cunning linguist have had fun teasing the actress over her new accent. Lindsay has braced herself taking it all in her stride saying that it really is no big deal, ‘It’s a mixture of most of the languages I can understand or am trying to learn’ She looks different these days and now she is sounding different. Less an international lady of mystery rather, trans-European beauty.

What do the cards say today?

Lyndsay drew the Four of Wands, the Nine of Pentacles and the Hermit.

The Four of Wands shows stability in Lyndsay’s life. Hallelujah! She has surrounded herself with the right people and created a strong foundation in which to move forward. There is a sense of domestic tranquillity and mutual support. This card symbolizes good fortune that will not be destroyed.

The Nine of Pentacles is the payday. Literally and figuratively. There is a sense of emotional freedom and if she is looking better these days, it’s because she is feeling better. I feel that Lyndsay’s feminine power has told her to follow her heart and trust the universe. She has gained in many ways and now embodies beauty, mind and spirit.

The Hermit Represents strategic withdrawal. It was time for Lyndsay to sort herself out after all of the nonsense with the ex-fiancé. With mature deliberation, she made better choices that were based on what was best for herself rather than a love relationship.

Lyndsay has removed the toxic ties from her life and has surrounded herself by those who have her best interests. I feel that she is in a really good place right now and wishes to focus on work projects. A new love relationship will reveal itself sooner rather than later but for now, Lyndsay is doing great by herself.

How to Get Your Man to Communicate