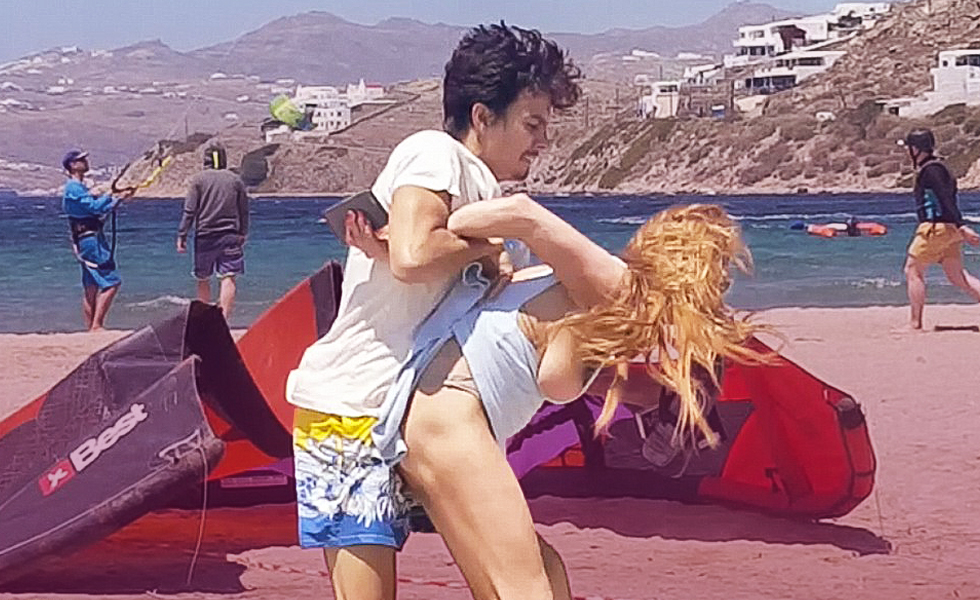 Lindsey Lohan speaks out about her romance troubles

Everything is not sunny and sweet in the Lindsey Lohan love house. After 10 months in a relationship with her Russian Fiancé Egor Tarasov, a video has been released which was taken by an onlooker on a beach in Mykonos Greece, showing the two of them having a physical altercation in public. Obviously,there was something on his phone that Lindsey wasn’t happy about, as the phone got flung from the car which appears to have kicked off the disagreement.

Some reports say he wrestled her violently, but on reviewing the video many times he appears to be just holding her arm to retrieve his phone, which Lindsey was not giving back. Lindsey was quoted as saying “no woman can be hit and stay with that person.” In that case, you shouldn’t take possession of someone’s personal property and try to damage it either Lindsey. There are reports across the media of Egor’s violent behaviour on numerous occasions, but this video seems to show two people struggling over a phone. There was no slapping or violence, he simply held her arm back to get his phone which she was not releasing. Was her anger because she didn’t get her own way? Now I’m not defending Egor, but there are two sides to every coin.

What do the Cards say about the troubled couple? The Four of Coins shows that here is a couple who are financially balanced and without the money worries of the normal everyday folk, little things become big things. Most couples have disagreements and they don’t raise them to a higher level because there are other more serious priorities. The Fool Card shows that this relationship moved very fast. Ten months and already engaged. You are taking two different people and shoving them into close proximity very fast and it is bound to explode in a dramatic way. There was a reason engagements were traditionally for two years before the big day. It gave them time to iron those creases out. The Six of Wands shows two strong energies can either work with or against each other. Both are strong-willed, they need to calm down and stop throwing tantrums.

What Constitutes a Relationship?