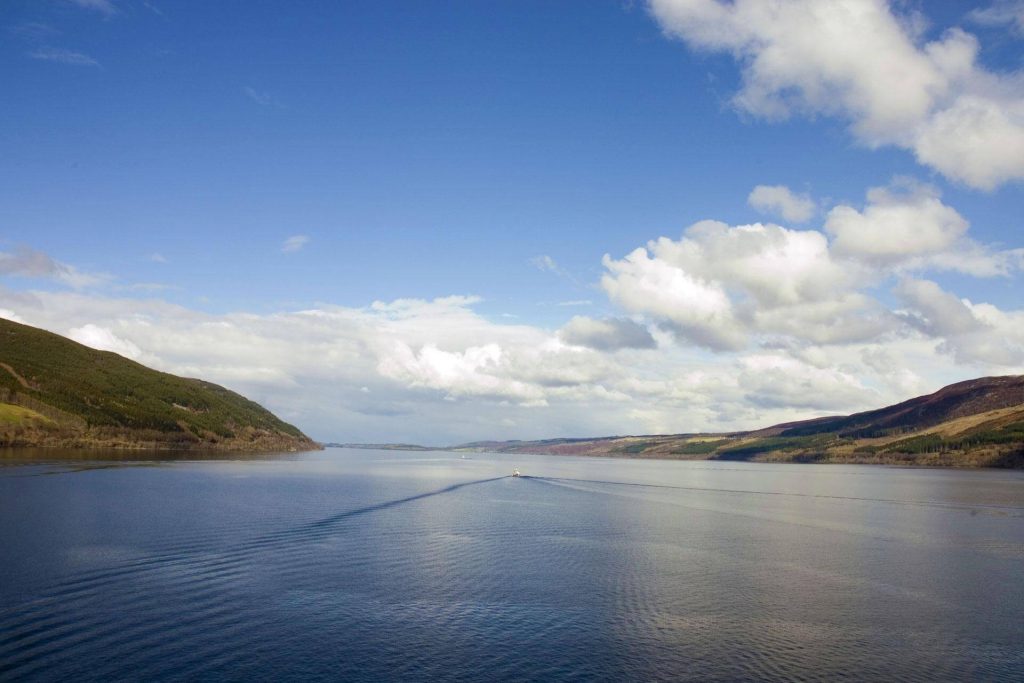 My personal feeling about Nessie, the Loch Ness Monster of Scotland, is there definitely something under the water that sunbathes occasionally. Prehistoric, more than likely and with the ability to exist in extreme depths of water. Smart too, knowing that humans are not to be trusted at all cost or it will wind up on some scientific lab table labeled as “unknown fish monster”.

Every year since 1933, pictures have been snapped of the mysterious four to six humps and sometimes with a head, rising out of the water or just taking in the view. Looks like this year with all the phone cameras available, the usual six sightings a year has already met its quota. Maybe Nessie is feeling the effect of climate change too and changing its habits. In 2016 there was a record seven sightings of the monster while Nessie had a quiet 2015, only appearing five times.

As reports show, the fabled loch monster, affectionately known as Nessie, is usually spotted around six times in an entire year. But the Official Loch Ness Monster Sightings Register reveals that number was reached earlier this month. The beast was spotted from Dores, near Inverness, Highland, when a tourist from England noticed “something huge in the water”. According to the sightings register, operated by records keeper Gary Campbell, the man was with three friends at the Dores Inn when they spotted the creature. “As they came to the shore on the point all four saw something huge in the water. “They said it was an unusual shape – it arched out of the water then turned and went down underwater. “The sighting took place at 3.41pm and lasted about 10 seconds.”

The sighting on 22nd August comes after another appearance from Nessie on the live Loch Ness Webcam. A woman from Canada was keeping a close eye on the live streaming webcam last month when she spotted something in the loch. The sightings register stated: “Paula from Canada took a video from the Loch Ness Webcam at 7pm. “It shows an unknown object moving slowly north on the loch near Urquhart Castle.”

Whilst on 22nd June the register noted: “Mr. Jackson and his wife, visiting from Australia snapped something in the loch four miles south of Urquhart Castle at 5.18pm in the afternoon. The sighting lasted about five minutes.”

I just love it when elemental mysteries stick their thumb up science noses. No one has been able to find her or him or get a video up close and personal. Like I said, smart! But there has to be something there and I do believe eventually someone is going to get a visual of what Nessie might be. Hopefully they will peacefully let it live out its life. Who knows, maybe there is a whole family down there and the mystery will just continue on! Lol!

Fear keeping one bound from making choices. I believe this card represents the innate fear of the unknown and once again that fear is either you believe or you don’t.

Pulling the rug out from under a situation or being blindsided. I would say this is a card that represents the energy of everyone who has experience seeing Nessie.

The Star: Inverted (Upside Down)

Everything is going to work out ok. Pulled inverted, I feel the message here is leave well enough alone and don’t mess with Mother Nature and Nessie will be just fine. A sun bathing water creature with no known history of any human attack, just is and should be left that way to enjoy its existence without human interference. Don’t you think?