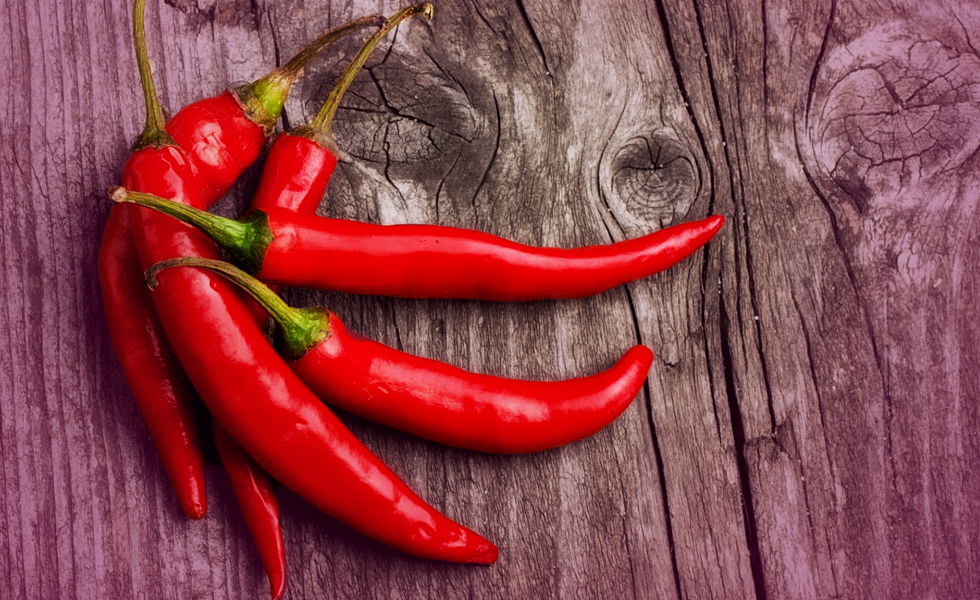 A longer life with Red-hot Chili Peppers! Professor of Medicine Benjamin Littenberg from Vermont University along with medical student Mustafa Chopan believe they have the secret to a longer life. Following a study of 16,000 Americans over a 23 year period, findings revealed that those who consumed red hot chili peppers and other spicy foods had a higher mortality rate than less spice-loving individuals. Out of the 16,000 people, the one’s who consumed the most chili’s were young(er) white Mexican-American carnivorous married men. They also eat more vegetables. Their HDL cholesterol is lower, as is their income and level of education in comparison with those who didn’t eat the chili peppers. Apparently, cigarettes and alcohol did not appear to reduce the life expectancy of these guys.

Professor Littenberg says that chili-peppers contain a chemical called ‘capsaicin’ and this affects the body’s Transient Receptor Potential channels which act like microscopic thermometer’s sensing hot or cold. They are activated by molecules found in spices like chili pepper’s. Capsaicin is also believed to play a role in preventing obesity.

The bottom line? Professor Littenberg says that if we eat spicy food, in particular red hot chili peppers, then we are likely to live 13% longer than those who don’t eat them. Let’s draw some cards for the professor.

The Seven of Hearts
This reveals that this study was close to Professor Littenberg’s heart. He believes that the scientists and researchers are there to provide guidance backed up with evidence in order to support humanity.

The Three of Pentacles
This represents the perseverance and consistent efforts of the happy laborer’s wishing to find their truth.

The Eight of Pentacles
This says that the study was very much a labor of love. Human life cannot be quantified in monetary terms, but the money needed to undertake the research had to come from somewhere. The funding was there and the study was considered a success.

I feel that the results surprised many people, Professor Littenberg has draw a line under this particular study and will continue to undertake research in a bid to extend and improve quality of life.