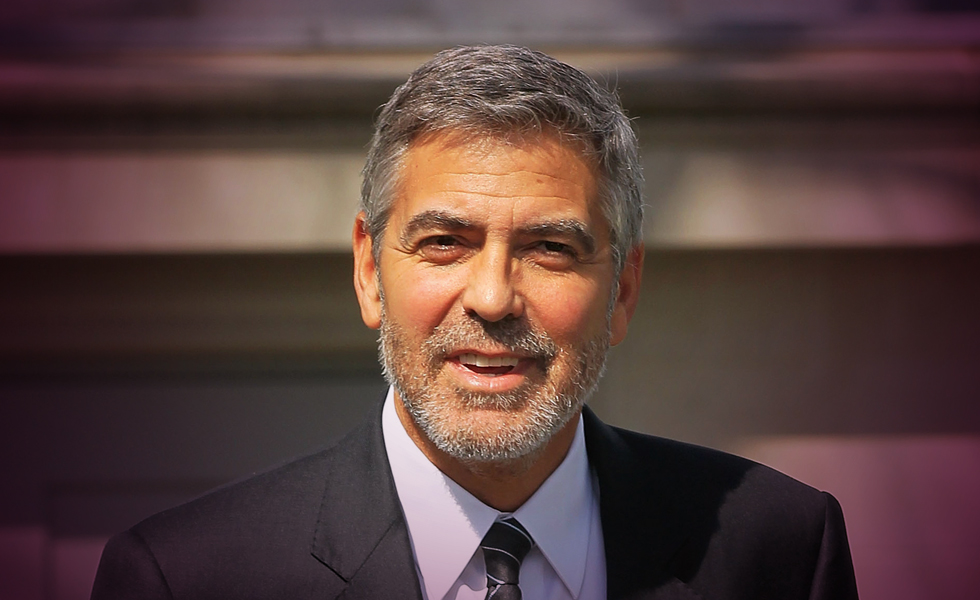 When the Clooney’s were asked recently if they wanted more kids, they gave the perfect answer. Since we are speaking of the perfect couple who reside in Italy, London and Hollywood with the perfect life and perfect twins, why would they want more kids? It seems that age actually is relevant when speaking of having more children when you have them late in life as Amal Clooney, 39, and George Clooney, 56, did. It also became apparent in their interview, they were NOT expecting twins and actually not really thinking about having children at all. It was one of those, “grab you by the collar, universe life script thing” that obviously made that decision! Lol! Basically, the couple is pretty content with their twins and they are than enough for them to handle.

In that interview with Hollywood Reporter, the Clooney’s discussed their twins Ella and Alexander, saying they’re not planning on having a third child. “I’m 39,” Amal told the magazine with a head shake when asked if she wanted more kids. “I already had them quite late.” The couple met in 2013 and got married the next year in a star-studded ceremony in Venice, Italy. Before that, George, 56, admits the desire to have kids had “never been part of his DNA.” While dating, the couple never discussed the prospect of raising a family. “We didn’t plan on it. We never talked about it until after we were married, which is funny. There was an assumption that we didn’t want them,” he said. “And then, after the wedding, Amal and I were talking and we just felt we’d gotten very lucky, both of us, and we should share whatever good luck we’ve got. It would seem self-centered to just have that belong to us.”

One interesting fact though was finding out Amal was pregnant with twins during an ultrasound in London came as a complete shock to both. ″ [The doctor] goes, ‘Well, there’s one.’ And I said, ‘Great.’ And then he goes, ‘And there’s the second one.’ And I was like, ‘What?’ We just sat there, staring at that piece of paper they give you, and I kept thinking there was a mistake,” said the actor-director. George and Amal, an international human rights lawyer, announced the birth of their babies in a humorous joint statement in June, revealing that they were “happy and healthy,” while George was “sedated and should recover in a few days.” Last month, he opened up again about parenting in an interview with The Associated Press. “I just have to clean the barf off of my tux. It used to be my barf but now it’s the twins’ barf. So, it all works out,” he joked. “Right now, my job is changing diapers and walking them around a little bit,” the actor added. “I really didn’t think at 56 that I would be the parent of twins. Don’t make plans. You always have to just enjoy the ride.” Well said, George!

As you see more and more stars waiting later in life to get married and start families, their answer to not having any more children make perfect sense. Most put their careers first and then realize family is missing.

The Hermit: Inverted (Upside Down)
Going within to sort life out and also feeling isolated. Since pulled inverted, I believe this represents how the children have changed the Clooney’s life as they had originally planned it.

Ace of Swords: Inverted
Cutting away what is no longer needed and making space for new. Inverted, I feel this inverted card means babies will do just that in re-prioritizing your life.

King of Pentacles: Inverted
Successful man that possessions and status are important. Since inverted, it shows how the babies have changed George Clooney’s values.