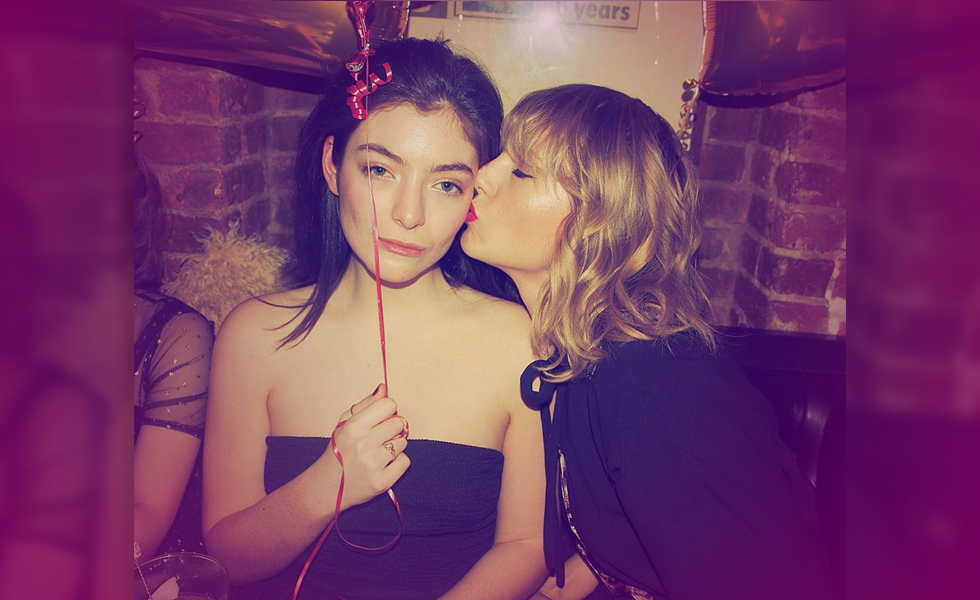 Apparently, there’s no bad blood between Lorde and Taylor Swift’s squad after all. The singer took to Twitter to address her recent comments in a lengthy note in which she referred to Swift as a “dear friend” and expressed her frustration about the “squad” mentality. p>

“Wow — something of a frustrating thing to have to address online, but here we go,” she wrote. “Taylor is a dear friend. I love her very much. In the interview in question I had just been talking about Bowie and Patti Smith ― those were the ‘idols’ I was referring to that I was saying I’m not friends with, not Taylor! “I’ve always found people’s perception of this ‘squad’ idea frustrating in the past; it was never some exclusive club or secret society but a wide circle of people, some of whom I know and some who I’ve never met, like most wide groups of friends. Forgive me for the mild eyeroll I popped when it was brought up as if we’re all blood members of a secret cult,” she continued. “Really shitty to wake up to headlines about whether or not you’ve jumped ship on someone you deeply respect and ride for. I want to say one more time that Taylor has been there for me in all my dark and light moments these past 5 years. All of them. I fucked up an interview question. Now go sip a beverage and head out on a walk.” Amen on that last remark! Lol!

At this point, Taylor Swift is losing squad members faster than she lost her country accent after her first album. After Karlie Kloss broke the cardinal rule (never EVER hang out with a KarJenner), Lorde essentially pressed the squad eject button. “I don’t hang out with these people at all,” the singer said during an interview with Sunrise about her many celebrity friends. “The second you think too hard about it, you’ll just go insane, so it’s best to be like, ‘We’re in wonderland and it’s just what happens around here,’” she added. After the interviewer reminded Lorde that she is famously part of the squad in question, Swift threw the “Melodrama” singer a birthday party in November but she seemed reluctant to tie herself down to any one friend group.

“You know, you make friends in different places, but I think for the most part I’m not, like, calling my idols for advice necessarily,” she said. Instead, Lorde revealed that she looks to her family members for support, who she describes as “inspiring in different ways.” “My mom’s a poet and very emotional; I’m a reader because of her,” she said. “My dad’s an engineer, very methodical and very calm. I take a lot from both of them, I think.”

Maybe Lorde is distancing herself from the squad or she could just be avoiding mentioning Swift in any capacity after likening their friendship to having an autoimmune disease earlier this year. “It’s like having a friend with very specific allergies,” Lorde told The Guardian about being friends with someone as famous as Swift. “There are certain places you can’t go together. Certain things you can’t do. There are these different sets of considerations within the friendship. It’s like having a friend with an autoimmune disease.” After receiving backlash for her comments, given that another squad member, Selena Gomez, suffers from lupus, Lorde took to twitter to apologize writing that she “fucked up & it was really insensitive.”

Wow! High School Cliques Are Just As Predominant In The World Of Music, Who Knew?

It is becoming very obvious with all the drama that has always flown around Swift that she is more than likely a demanding diva friend. Something on the order of, “if you want to be friends with me, this is the way we roll.”
Rumor has it the “Swift’s Squad” of friends are pretty much falling by the wayside after her humiliating outing of the Kanye conversation recording incident about his infamous nude celebrity album cover which she was included and denied agreeing to it. She has gone radio silent since.

The Hermit:
This is a card of self-introspection and alone time. I believe that Lorde is doing just that and stepping back from all the “girlfriend” drama.

Three of Cups:
This is a card of joy and celebration. I feel Lorde is very, very happy not having the burden of staying in Swift’s boundaries of close friendship and her on-going spats.

Nine of Pentacles:
This is a card of enjoying the success of one’s hard work. I believe this is where Lorde is at this moment and doesn’t want to be bothered with any petty crap and just wants to focus on what she loves to do, make music.