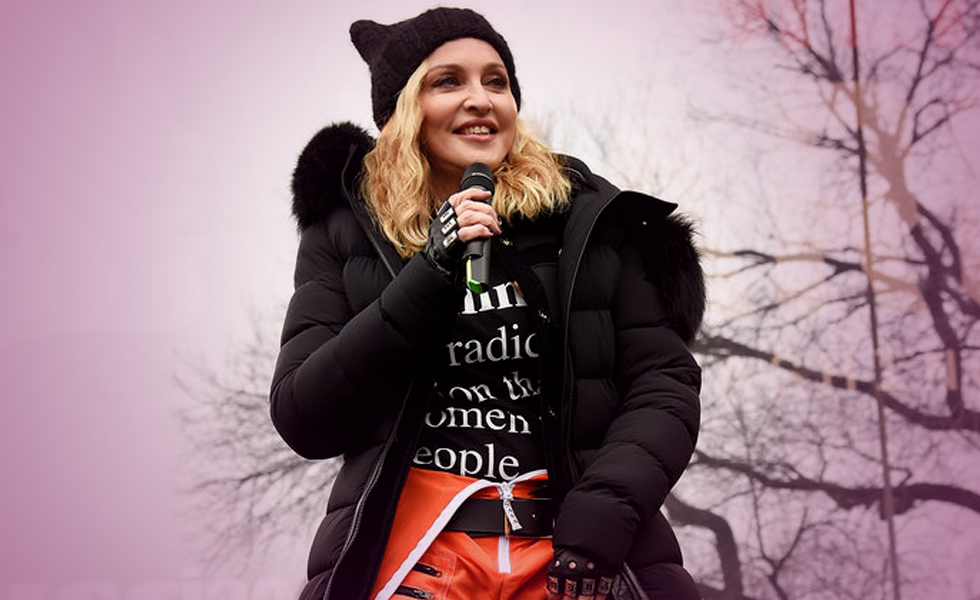 Did Madonna Threaten the New President?

There is a fine line between real threats and figurative speech. Who decides what`s considered to be real? One has to be careful when talking about the new President of the United States. Especially if millions are listening to what they have to say.

“Yes, I’m angry. Yes, I am outraged. Yes, I have thought an awful lot about blowing up the White House. I know that this won’t change anything,”

These were the lines that got Madonna in trouble during last weekend while attending a protest against Trump. Part of it, to be precise. One line was taken “out of context” and given a whole new meaning. If it became a serious threat, that will be decided later by the secret service. Although Madonna has been known to take justice into her own hands, she wants to create a “revolution of love”. That can hardly be classed as an actual threat to blow up the White House, right?

“It’s all about intent. Is she intending to do harm to the White House or President Trump? Otherwise it will be characterised as inappropriate,” a US official said.

Either way, Trump`s followers see it as an actual threat indeed. Or rather an attack against what they believe in. Let`s consult the cards to see what this will mean for Madonna, Trump and his followers. Will there be any serious consequences?

Two of Cups for Madonna:
Madonna doesn`t speak for herself alone, but for everyone who is concerned. Her words represent her relationship to others, her support and love. She understands their needs and does and says what`s required of her. She wants to show others that they aren`t alone and that she is there for them, no matter what. Personal values matter to her.

Ten of Wands for Trump:
You are beginning to feel the burden of your responsibility. However, with that, there is also a sense of completion. You have come a full cycle, and your plans have come to fruition. Although this time brings a different kind of stress, you find it difficult to let go of the fight. You have won, try to enjoy its benefits, rather than look for a new opponent.

Four of Swords (Reversed) for Trump`s followers:
You don`t want to face an issue, because you are afraid of what it might bring with it. Try to let go of the worry and relax. This is a time of waiting, and you are feeling frustrated. You see it as nothing moves, and you want to do everything at once. There is a need to see the situation as it is, and not rush into conclusions. Wait for the events to start flowing again, and until then enjoy that you don`t have to do anything.

Release the Past Through Forgiveness