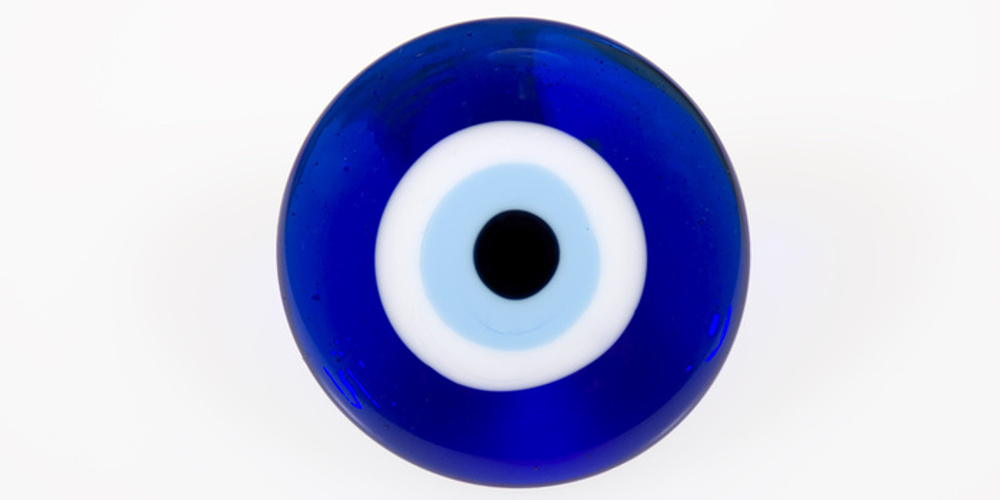 Maybe It’s Not a Curse, Could Just be the Evil Eye

Life, in general, is a constant struggle. It is extremely rare that all areas of your life be completely on target and without struggle. But what about when it seems everything around you is falling apart? Your personal relationships have turned negative, you’re broke, the roof is leaking and your car will not start. Some people may come to believe that they were born under a dark cloud or that someone has put a curse or hex on them.

Maybe it is the evil eye.

Evil eye is basically a magical curse with its origins in mystical thinking and superstition. Quite often borne of jealousy, it is a curse caused by a malicious glare and, in some cases, a mere thought of wishing ill will toward another. Loss of good fortune, illness, injury, even death can be the result of evil eye. It can be cast upon any person, animal, plant or inanimate object such as vehicles and homes.

It goes back as far as ancient Greek and Roman times. There are even mentions of it in the Christian Bible.

The evil eye can be transmitted completely without the sender’s knowledge in some cases. That person need only think very seriously about the object of their jealous intent such as being completely focused on the achievements or good looks of another to the point that it almost consumes them. Without knowing, that negative energy is thus transferred to the other person.

There are also persons who transmit the it knowing full well what the consequences may be. These are often jealous, insecure individuals who simply feel that they have no control over their own lives or that they have been slighted or cheated in some way. While sending of the evil eye is not as involved as performing a ritual or curse, the effects can be just as drastic.

It was a long-held belief that any physical illness that could not be explained medically was the result of the evil eye. Even today, people who suffer from frequent headaches, skin issues, recurring illness and mental concerns such as depression and unexplained fright are quick to chalk it all up to it.

I have counseled individuals who cannot seem to get ahead professionally despite all of their best efforts as well as persons who cannot maintain a good, loving relationship with any one other person in their lives. I have even seen the evil eye wreak havoc in the lives of generations over time.

Fortunately, there are ways of protecting yourself from evil eye such as the wearing of amulets, charms and talismans. There are also countless spells, incantations and chants to help deter the it as well. Garlic is a good tool used to protect against the evil eye.

If you feel that you have been the target of the evil eye, there are many, many rituals and processes by which the it may be removed. Objects used often include eggs, mustard seeds, salt and even coconut. Do be careful when seeking the assistance of another person and paying to be freed of the effects of the evil eye. As with all rituals and magical workings, the power is in the intent. No one is more intent on the desired positive result than you.