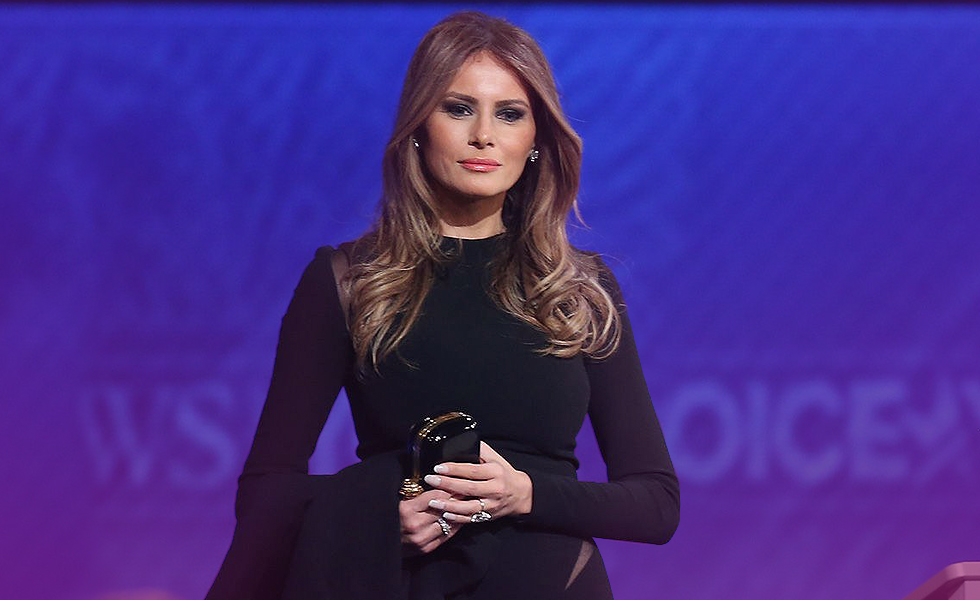 Melania Trump has again courted controversy by saying little and so the saga continues. A raft of fashion designers, led by French born, New York based Sophie Theallet have boycotted the wardrobe of the potential first lady and so it seems that Mrs Trump may quite literally have nothing to wear when she officially becomes First Lady. Evidently, modern day designers are so wealthy that they don’t need the work! Mrs Trump is a former model who always looks fabulous and whether she has personal stylists or not she’s one of those people who always seem to ‘wear it well.’ The pink Gucci blouse that she wore during the presidential campaign sold out within hours of Mrs Trump being seen wearing it.

A raft of designers have spoken out to publications such as Vanity Fair and the New York Times to say that Melania does look great and shows off the best side of the clothes she wears. However, Madam Sophie Theallet, a favourite of Michelle Obama has posted on Twitter that she refuses to ‘dress’ Mrs Trump and has urged other designers to follow suit. She says that she is someone who celebrates and strives for diversity, individual freedom, and respect for all lifestyles… unless of course, your name is Melania and you have a husband called Donald.

Let’s see what the cards say for Mrs Trump. Melania drew the Eight of Pentacles, the World and the Princess of Hearts.

The Eight of Pentacles represents someone who is learning as they go along. Many people believe that Mrs Trump’s behavior during the election process has been flawless. This card reveals that she is in it for the long haul and is conducting herself in the manner in which she sees fit.

The World shows that Mrs Trump has taken the ‘skills’ that she has learned and balanced them with further hard work achieving much success. Although material gains are promised with this card, I feel that the rewards that Melania seeks are more spiritual than financial. Inner peace is promised here.

The Princess of Hearts reveals that Melania’s new found world is still in its infancy. There is a naivety within this card with the believe that life can remain the same. Melania has great empathy for others which we will see more of in time.

I don’t feel that Melania has taken the criticism personally and she make the choice as to who is involved in her ‘White House Wardrobe’ and other aspects of her existence.