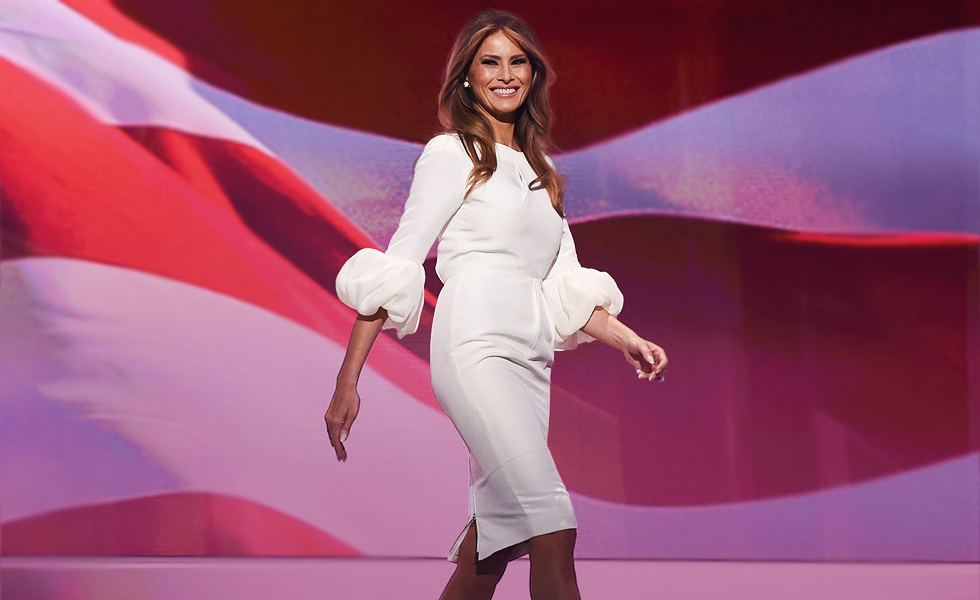 Melania Trump.  What’s next for the potential first lady?

Donald Trump is the potential US president, Melania Trump the potentially uncertain and seemingly reluctant potential first lady and her reluctance has not gone unnoticed.  The third wife of Donald Trump has very much wished to remain in the background.  The times when she has had something to say, well it’s not been received in the manner that ‘Team Trump’ had hoped.

Melania recently spoke to ‘Dujour magazine’ and revealed that she ‘told’ her husband that she was a mother first and foremost. Of course, many mothers would agree that their children come first above all else. However, when hubby is running for US president, life changes; and not always in the way that is expected.  Mrs. Trump appears to have courted controversy by saying very little.  Has her lack of dialogue been part of the issue?

Recently, there has been a raft of women whose dialogue has been in overdrive.  Multiple lewd acts have been alleged against Mrs Trump’s husband.  I guess you could write off one or two as political sour grapes, but the numbers have increased following the leaked tapes whereby Mr. Trump’s dulcet tones are heard ‘bragging’ about pursuing married women and of groping the genitalia of other young and impressionable ladies in awe of his star-quality and status.

So the question is this.  Is Melania Trump as much a victim of her husband’s inappropriate behaviors?  Furthermore, is her humiliation that little bit worse since she’s the one married to the guy.

When Melania turned up to one of her husband’s debates wearing a ‘hot-pink pussy bow’ the internet went into overdrive.  Said blouse is a fuschia coloured crepe de chine garment with a bow tied at the neck.  Incidentally, it’s from Gucci’s 2016 pre-fall collection and if anybody wants one, it retails at a whopping $1,100.00.  So was the choice of blouse was unintentional.  Accusations have been made and Melania Trump is taking it all in her stride.

I’m sure there are more than a billion reasons why Melania fell for the charms of Mr. Donald Trump.  I’m sure she genuinely loves him, but global humiliation is not cool and I’m not sure if she will be able to progress in this manner with her dignity and her marriage intact?  Let’s see what the cards say?

Melania drew the Five of Hearts, the Hierophant and the Sun.

The Five of Hearts reveals a broken heart.  Melania is understandably hurt.  She is not a potential first lady in this instance.  She is a woman who loves and supports her husband and the rumours and allegations are taking their toll on her in many ways.  I feel that she will continue to attempt to remain in the background but sooner or later she will have to come forward and stand and be counted.

The Hierophant is very much the card pertaining to her marriage and this card shows that the devotion and commitment to her marriage is real.  It has been a learning curve and many of the lessons have been a surprise.

The Sun shows that Melania will move on from the allegations. I feel that she knows her husband very well and has an understanding of who he is and what he represents.  The sun will cast light on the shadows and that is when the real journey will begin.  Melania is wished all the best on her path.