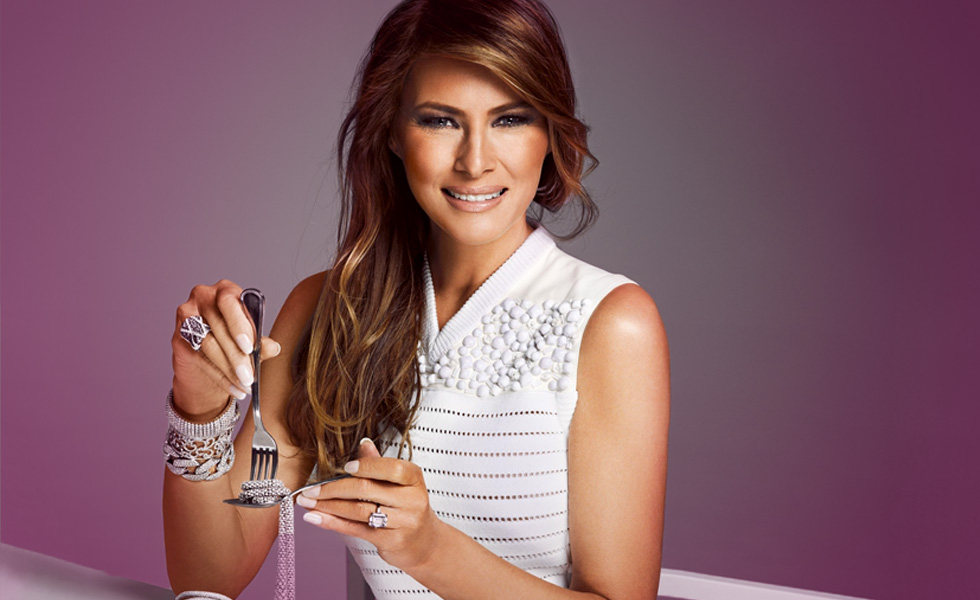 Melania Trumps Fashion Designers!
The path to ultimate power has had its ups and downs for Melania Trump, but she will become America’s First Lady on Friday, January 20 as she stands by her husband’s side in readiness to serve the country as its ambassador.

The role of First Lady is not to be underestimated, Protocol should be followed as demonstrated by former First Lady’s. Laura Bush played a crucial part following the 9/11 tragedy supporting families of the victims. Jackie Kennedy was there for the nation despite grieving for her husband and caring for two young children. More recently, Hillary Clinton believed that there was more to the role of First Lady and such was her involvement that some thought she should remain in the background playing the part of supporting wife and mother. Of course, Michelle Obama leaves her own legacy as she involved herself in campaigns close to her heart.

Many people believe that Mrs Trump should be spending more time in Washington rather than overseeing her son’s schooling in New York and consequently, Mr Trump’s daughter from his first marriage is rumoured to be taking on ‘de facto’ role of First Lady. Has Ivanka Trump bought a house in the locality in order to undertake official duties? Well, Woodrow Wilson recruited his daughter for the job of FLOTUS, but then their circumstances were somewhat different.

Protocol says that the First Lady should be ‘dressed’ by an American designer during the inauguration and during the term. A raft of designers have expressed disinterest in dressing Mrs Trump only to be replaced by an ever increasing list of designers desperate for Mrs Trump to wear their wares. Why the change of heart? Perhaps Jean Shafiroff, socialite, philanthropist and family friend of the Trumps can shed some light on the matter. She recently told the New York Post that many American designers would be proud to work on Melania’s wardrobe. For example? Zac Posen, Tommy Hilfiger and Calvin Klein to name but a few. Diane Von Furstenburg has also expressed an interest in ‘dressing’ the new First Lady. Ms Von Furstenburg has said, ‘Donald Trump was elected and he will be our president. Melania deserves the respect of any First Lady before her. Our role as part of the fashion industry is to promote beauty, inclusiveness and diversity. We should each be the best we can be and influence by our example.’

Let’s take a look at Mrs Trumps cards today. She drew the Strength card, the Three of Wands and the Prince of Hearts.

The Strength card reinforces what Mrs Trump has already demonstrated and that is her steely reserve and ability to remain calm under pressure maintaining her composure gracefully. There has been no need for force to accomplish her wish.

The Three of Wands brings with it a dynamic energy and a sense of collaboration. Her attitude is one of caution and I feel that the decision as to her involvement in the assisting Mr Trump has already been agreed.

The Prince of Hearts tells us that we have yet to ‘meet’ the true Melania Trump. This card carries the message of emotional support and I feel that Mr and Mrs Trump have a good understanding of how they may support one another in the most productive way.

I feel that the last few months have been an observational exercise for Mrs Trump and she is right to be cautious at this time. She is nobody’s fool and will embrace the role of First Lady on her own terms. Watch this space!