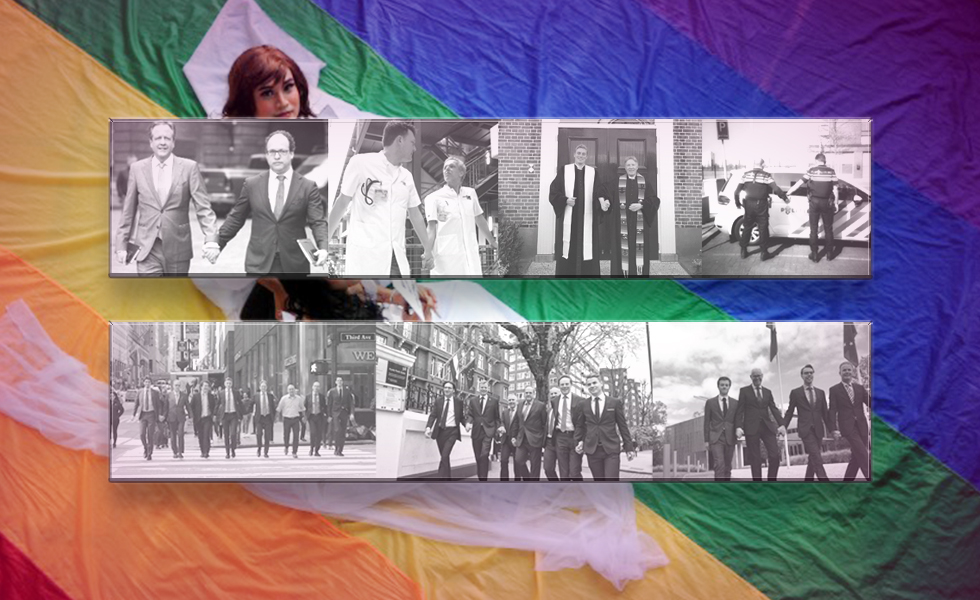 When people see two men hold hands on the street, they have a reaction. Some smile to themselves, others turn away, shaking their heads, while there are also those who attack. Although Netherlands was the first country to approve gay marriages, people are still subject to discrimination. 7 out of 10 LGBT couples are harassed in one way or another.

Those sympathetic to the cause have been trying to help for a long time. On Sunday a new initiative started when a gay couple was attacked. Although this wasn’t the first (and probably not the last time) something like this happened, it stuck a nerve. Men all over Netherlands joined in, hand in hand (quite literally) to fight against gay discrimination.

The hashtag #allemannenhandinhand (all men hand in hand) was created. Hundreds of men, both gay and straight started to pose for photos, holding hands. Although this started in Netherlands, it soon reached other countries, too. By now, it has become a worldwide phenomenon and new photos emerge every day.

The list of ‘activists’ consists of politicians, actors, footballers and male citizens. They are fighting together for equality and this new movement has already reached a remarkable number of people. Will it be enough to stop hate crimes against LGBT people? Or is this a fight they can’t win just yet?

Although the situation is improving and people are more tolerant than a few years ago, things still look devastating. Just like supporters joining hand in hand, so do haters. There is still plenty of them. Let’s ask the cards to see whether the ‘all men hand in hand’ movement will bring improvement. It clearly shows that people around the world care. Will this be enough?

Eight of Swords:
Although faced with opposition, people still have a choice. It is important to feel in control, rather than falling victim. The situation is difficult, but looking at it from a new perspective could help.

Seven of Cups:
We want to be careful that we aren’t fooled by illusions. The support is nice, but it might not be enough to make real progress. It creates the illusion that everything is rosy, but dreams and illusions can turn either way.

Four of Wands:
This simple act of kindness however did have an impact among LGBT people. It is always good to know who your friends are and it’s nice to feel the support. It provides a momentary peace and tranquillity. For it to last, more needs to be done.