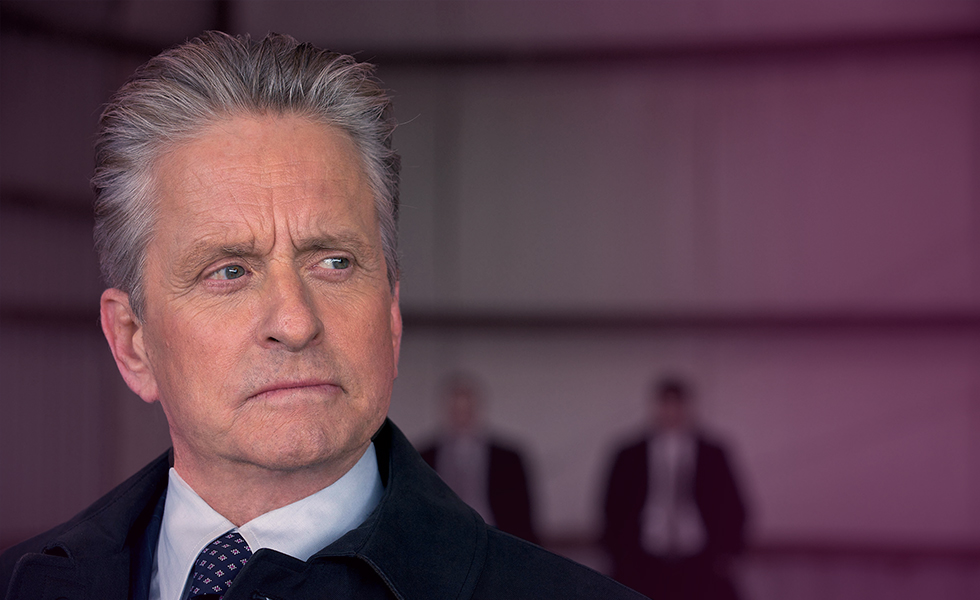 Has Michael Douglas fallen out of love?

Michael Douglas, Hollywood legend and ‘vin rouge’ connoisseur has recently spoken out about one of his former passions. Douglas revealed that following treatment for tongue cancer that was diagnosed in 2010, whereby a walnut sized tumour was found in his throat, his taste buds have been affected. He is unable to tolerate the spicy foods that he used to enjoy including his love of Red Wine.
The brave 72 year old opened his heart in a recent interview and has said that the gruelling course of treatment caused him to lose more than two stone in weight leaving him gaunt and weak. He confessed that his initial reaction to the cancer was the realization that he could die. He forced himself to focus on getting through the intensive chemotherapy / radiation programme which lasted about eight weeks. Fast forward six years, Mr Douglas is confident that the cancer has gone for good.

Douglas is married to welsh actress Catherine Zeta-Jones, 25 years his junior. They have two children. Despite their age gap and the popular opinion that their marriage would not last, Michael and Catherine have been married for 18 years. Of course, the relationship challenges have been much publicized over the years but they appear to be supportive of each other and are evidently still going strong.
Mr Douglas has offered his prayers to friend and fellow actor Val Kilmer who he says has been diagnosed with the same thing as he had.
What’s next for the Hollywood legend?

Michael drew the Six of Swords, the King of Pentacles and the Nine of Hearts.

The Six of Swords represents the pot of gold at the end of the rainbow. I feel that Michael is in a good place right now and is able to look back at the issues he went through knowing that any challenges have made him stronger and wiser.

The King of Pentacles reveals the self-discipline and the sense of purpose in dealing with what can only be described as an anxiety fuelled highly stressful situation. Yes, this is a money card, and whilst money can buy the best medical help, we cannot put a price on our health. A fact that we may all appreciate.

The Nine of Hearts is the happy ever after. If there is a genie who grants wishes, then she definitely paid a visit to the Hollywood superstar. Michael has an appreciation of what he went through and the memory of the healing and respite will be drawn upon if things become difficult in the future.

Of course there is nothing like a health scare to force us to put life in the proper perspective, I don’t see any huge changes on the horizon rather a continuation of who he truly is and what he always done. At 7thsense we do not guide on medical issues, but Michael proved that the power of the mind alongside the medical team who treated the cancer served to be beneficial in aiding his recovery. Michael Douglas we salute you!

How To Portion Control Your Life