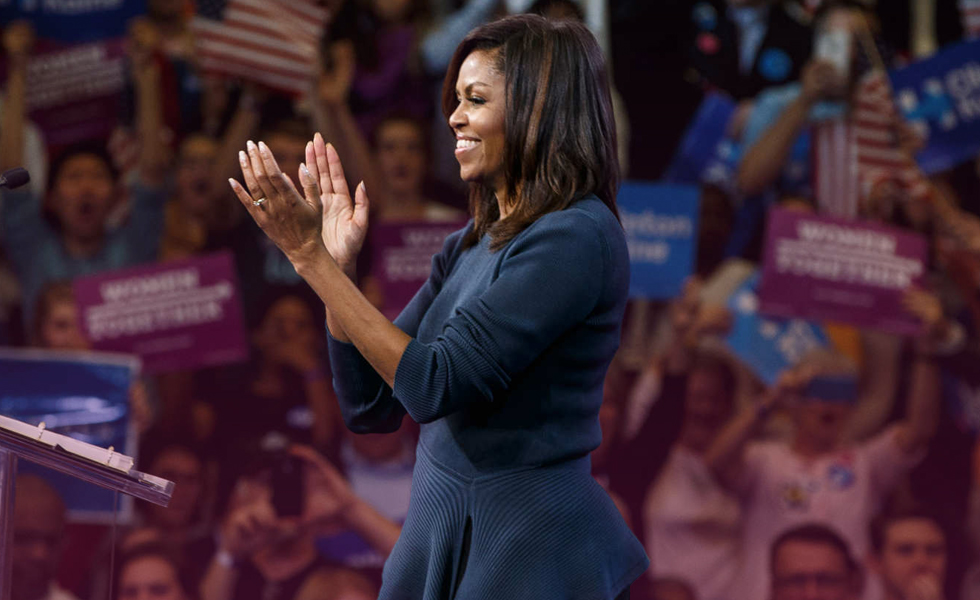 Michelle Obama has had enough.  Of what exactly?

Michelle Obama is a hugely intelligent charismatic lady who knows a thing or two about politics.  The wife of president Obama and mother of two seems like the kind of person who became involved in politics to help others. She also wears great shoes!

However, the current US first lady is not happy.  She recently expressed her disappointment that a candidate for US president has bragged about sexual assault.  Mrs. Obama has emphatically stressed that sexual assault is just not something anyone should do and it’s not something that should be ignored. The lewd behaviour that’s been in the press wasn’t just locker room banter and this kind of behaviour is not normal, it is disgraceful and intolerable and something that Mrs. Obama feels very strongly about.

The first lady believes that it doesn’t matter which party the candidate represents.  Yes, there is a campaign going on, but abusing another is a question of what is right and what is wrong.  Basic human decency says sexually abusing women is most definitely not right.  Additionally, Mrs. Obama was crystal clear in saying that strong men who truly are role models, do not have a need to put down women in order to make themselves feel powerful!

So what are today’s cards in relation to Michelle Obama’s stance on this particular issue?  We have the Princess of Hearts, the Empress and the Five of Swords.  Just to mention that when shuffling today’s cards the Ace of Hearts leaped out of the deck, but let’s look at the three drawn.

The Princess of Hearts represents the gentle and tender first lady who is on hand to offer comfort and support when it is needed.  When it comes to assisting the vulnerable, she knows that the gentle touch is the only option. So this card is very much Mrs. Obama’s in relation to this particular stance.  Do not be fooled by the emotional nature of the card, the first lady is an exceptionally strong women who knows how to use her strength in the best way.

The Empress is the maternal hand in which to nurture and to guide.  This card reinforces the previous one, her open and sympathetic heart assists the first lady in exerting her power with a loving hand.

The Five of Swords is pictorially symbolic in many ways.  Lightning strikes the figure whose arms are raised in defiance, on either side of the figure are the protective shields that have been wrenched out of their hands.  This card is very much about someone wishing to fight back and feeling somewhat overpowered.  The figure must accept what is given or be destroyed by a force more powerful than can be imagined.  This is the person who Michelle Obama strives to help protect.  Empowering others and offering support until such times that they may help themselves.  Michelle Obama, we salute you!

Dont be afraid to question your religion