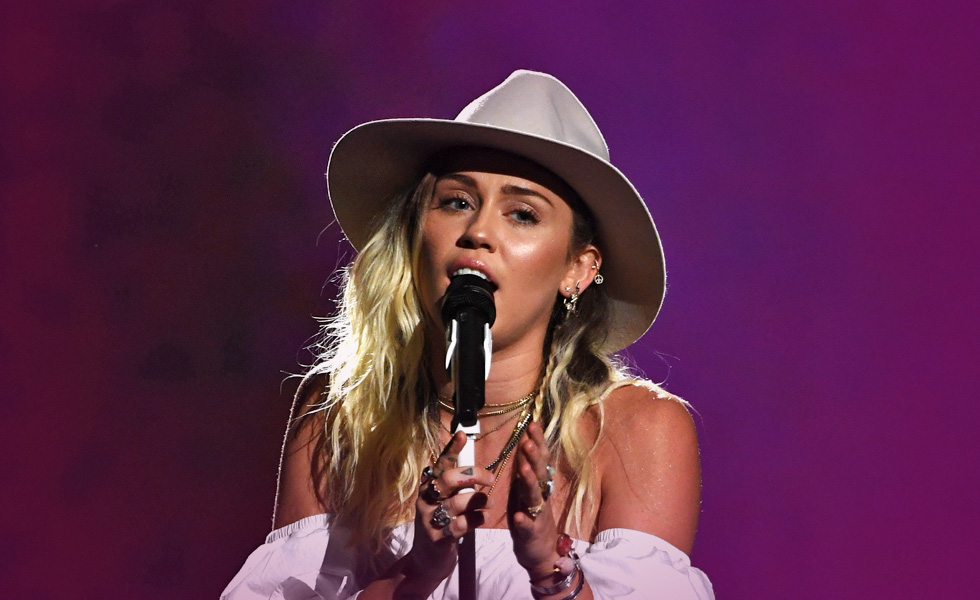 Miley Cyrus Is Trying To Change, But Will We Let Her?

Miley Cyrus Is Trying To Change, But Will We Let Her? The 24-year-old has gone from wholesome pop star to sexed-up wild child and back again. The typical pop star reinvention cycle is something we’ve seen many times before. Madonna’s done it, Lady Gaga’s done it, Britney Spears has done it and the list goes on. It’s a pattern that’s existed for years: A performer, often a woman, sheds the persona that launched her career in favor of something totally different. Usually it’s a little sexier, more mature, maybe even raunchier. Male pop stars go through these reinventions, too, but when their female counterparts do it, it seems the whole world is standing by ready to criticize their every performance or clothing choice or paparazzi photo. It’s no secret society loves tearing women down.

The woman who once danced on Robin Thicke while violating a foam finger, gloated about smoking weed and swung naked on a wrecking ball, is once again embodying a wholesome persona. Cyrus, much like her hair, has seemingly grown out of the wild child phase. She’s gone back to her roots, literally and figuratively and the only remnants of her short-lived past are her bleached-out ends. You might even say she’s attempting to come full circle. However, much like the first time Cyrus tried her hand at a reinvention, she’s not having an easy go at it. We, as part of a society interested in the rise and fall of our public figures, aren’t letting her live down her past shortcomings. Cyrus is a highly public figure and has been since she was just a preteen cog in the Disney star machine. From the get-go, the now-24-year-old was positioned to be a role model for young girls, whether or not she actually wanted that role didn’t seem to matter and any time she strayed from her squeaky-clean mold, people made sure to point it out.

There was the Vanity Fair photo shoot she did with Annie Leibovitz at age 15, in which she posed topless, save for a large, billowing sheet covering her chest. Cyrus stood by the image at first but after the public outcry, said she was embarrassed by it. Fast forward a few years to the “Bangerz” era. There was her now-infamous MTV VMAs performance with Robin Thicke, during which she wagged her tongue around and grinded on him, all while dressed in a flesh-toned latex two-piece because it was the closest to naked she could be and she really loved being naked. The backlash came in hard and fast. Now, as Cyrus tries to shed her “Bangerz” persona for something a little more toned-down and less about the spectacle, we have once again continued to find fault with her latest reinvention. Cyrus offered a brief explanation of her much criticized, overly sexual past. “All the ¬nipple pastie shit, that’s what I did because I felt it was part of my political movement and that got me to where I am now,” she said. But did she need to and will her fans now embrace the more wholesome, toned down Miley?

As mentioned above, we have seen many big female and male pop stars reinvent their music personas. Mostly, it is about growing up in the public, getting older and wanting to change their music style. Miley Cyrus is no more “wild” in her generation than Madonna was in hers who has reinvented herself at least a few hundred times.

Knight of Swords:
This is a card of bringing disruptive energy into a situation or being a disruptive person. I believe that Miley likes to shake the apple cart and loves the shock value of it all.

Princes of Cups: Inverted (Upside Down)
This is a young person and represents the inner child. Miley has a rebellious, rocker attitude and a “I don’t give a f…k what you think about me” and I don’t that is going to change anytime soon.

Queen of Cups:
This is a female who is sensitive, empathic and psychically aware. After stating above what Miley’s inner child temper tantrum looks like, I believe the authentic Miley is a very caring young woman who is extremely talented and is not going to fade away anytime soon.