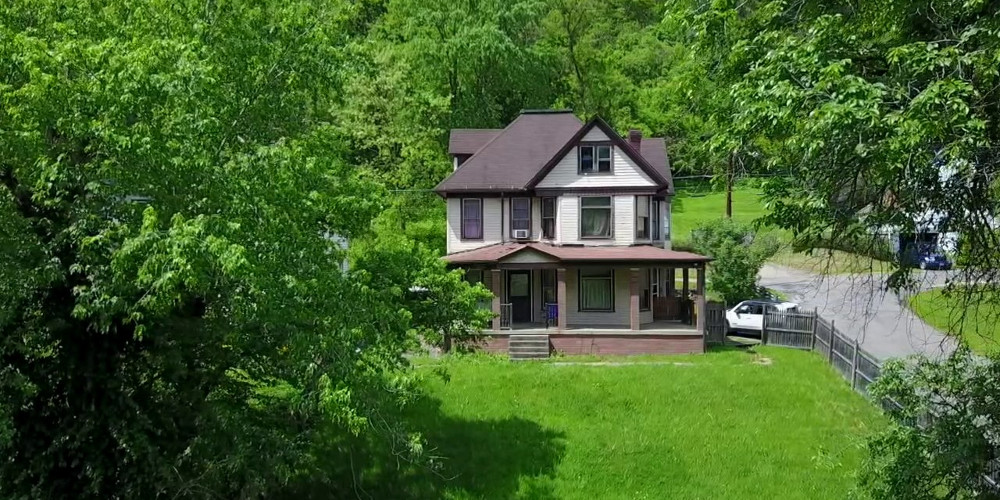 Ohio’s Bellaire House Is Considered Most Haunted In The World

We’ve all seen the movies with houses filled with spirits or demonic forces that terrorize a poor family until some professional ghost hunter, priest or exorcist is called in to ‘clean’ the house and release the entity from it’s earthbound plane. Well it seems that a house in the state of Ohio called the Bellaire House has been declared as the “most” haunted place in the world.

That’s a pretty impressive title to carry with so many old castles, inns, graveyards and spooky homes all having ghostly or demonic happenings.

For the last few years, there’s been quite a bit of paranormal hype surrounding the little house in Bellaire, Ohio. Rumors have suggested that the innocent-looking house sits atop a cursed coal mine above a ley-line, (spiritual paths to other dimensions) and in the vicinity of sacred Native American burial caves, making it a hotbed of supernatural forces.

Thanks to tales of aggressive spirits and bad luck, some of the locals have even taken to calling the building the “most haunted house on the planet,” which is a pretty lofty claim coming up against the Amityville House, the LaLaurie House or the Rampart Street Murder House.

When the current owner, Kristin Lee, moved in, it didn’t take long for the activity to manifest in some pretty frightening ways. Over the course of the next few months, Lee and her family were terrorized with constant bad luck, oppressive energies and violent paranormal activity that peaked one evening when the family dog was thrown against a bedroom wall while Kristen herself was held down by an unseen force. That night was the final straw and the family abandoned the terrifying home.

Despite the violent paranormal activity that she experienced, Lee rented the home out to unsuspecting families. This proved to be difficult, as tenants would only stay in the Bellaire House for a few months before moving out abruptly. They too were experiencing terrible luck, even to the point of death. One claim states that a family of eight lost six family members before the remaining two packed up and left the property for good.

Between the years of 2008 and 2012, numerous ghost hunting teams worked with Kristen Lee to dig up information about the house and land.

What the investigators discovered was the Bellaire House had been left to Eliza and Edwin Heatherinton by their father, Jacob. Unfortunately, it wasn’t long afterwards that Eliza died in the home. Distraught, Edwin became obsessed with the idea of contacting her from the other side and mediums were brought in from all across the country to help Edwin connect with his deceased sister.

Edwin got hooked and began studying the occult, attempting to strengthen his own physic ability. According to many mediums and paranormal experts, the grieving young man unknowingly opened portals to the other side all over the house. Various ghost hunters have reported that up to eleven portals are located throughout the house and despite the best efforts of mediums, these portals refuse to stay closed.

Since the house has been open to ghost hunters, there have been a number of incidents that the Bellaire House tour guides have classified as demonic activity, the most notorious of which being a full-on physical assault.
Skulking shadows, phantom footsteps, and disembodied voices are just some of the strange phenomena that visitors have not only experienced, but documented during investigations of the Bellaire House.

The haunting isn’t simply affecting the one home but many of the nearby buildings as well. Many investigators have now concluded that the haunting is less about the house but the land that it is on.

If the findings of the ghost hunters are accurate about the land’s ley-line and built on Native American sacred burial grounds, you can bet someone could have easily opened portals to spirit dimensions as the bereaved brother Edwin did. It is also probably the reason they cannot be closed as too much paranormal activity is constantly active. I don’t think the Bellaire House will be on my next “go to visit” vacation list.