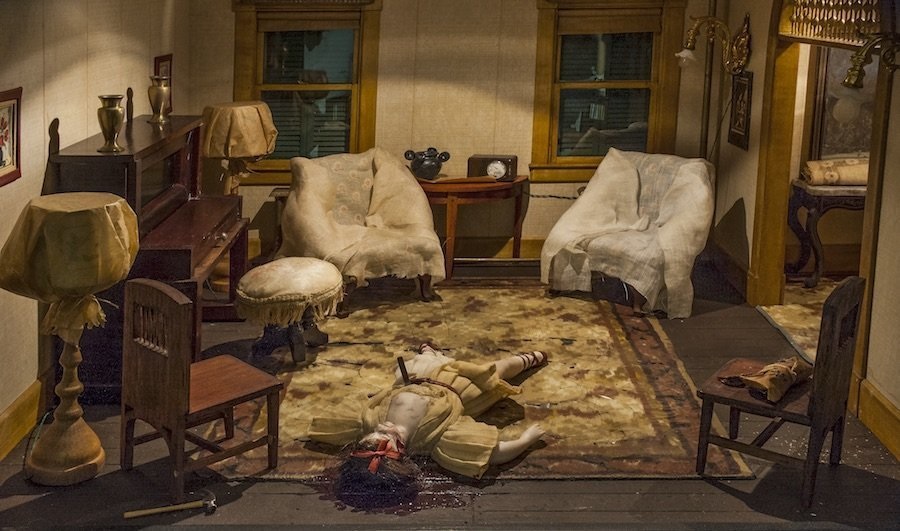 How A Doll-Loving Heiress Became The Mother Of Forensic Science

Anyone who has read the Miss Marple mysteries or watched Murder She Wrote, or any of the many investigative crimes series on TV, will have noticed how it’s always some seemingly simple clue that turn up so much information on the murder victim and the perpetrator. The advances in forensic science can lead to incredibly entertaining (if sometimes stretched truth-wise) television.

The origins of the science behind solving crimes traces back to a very unique woman, and she did it with an expensive doll hobby and an intense curiosity about murder crimes.

Born in 1878 in Chicago, Frances Glessner Lee grew up an heiress to her father’s successful agricultural machinery business but from a young age, she was a sucker for murder mysteries, especially the adventures of Sherlock Holmes. From that infatuation and in combination with her complete lack social skills, she became enamored on how to solve those crimes with her beloved dolls.

On April 11, 1944, a housewife named Robin Barnes was found dead in her kitchen, her body splayed across the floor in front of a half-open refrigerator. Her husband Fred had returned home from running errands that day to find the doors and windows to the house locked from the inside. Through the window Fred spotted what appeared to be his wife’s body on the ground and called the police.

What happened to Robin? First of all, it should be noted that Robin is a fictional character ― a doll, actually ― conceived of by Frances Glessner Lee, the first woman to become a police captain in the United States and one of the preeminent criminologists of her time. The fictional Robin Barnes, just a prop in a wildly detailed diorama (miniature three dimensional figures recreated) Lee created to teach homicide detectives how to evaluate crime scenes. Lee is known today as the “mother of forensic science.”

During her lifetime, Lee crafted 20 painstakingly detailed domestic crime scenes, measuring a foot or two in length and width. They were based on actual crimes, culled from photos, witness statements and other telling small clues and they are still used to train officers.

A new science is born

Lee used her hefty inheritance to wedge her way into the world of forensics. First, she established the Department of Legal Medicine at Harvard, the first program of its kind in the country. Three years later, she gifted the department a collection of books and manuscripts that would one day become the Magrath Library of Legal Medicine. She donated another $250,000, which would be approximately $4,400,000 today, to the program.

Lee’s financial generosity helped her get a foot in the door of the burgeoning forensics field, but her prodigious knowledge and unorthodox skills ultimately propelled her to become, without any formal training or a college degree, the first female captain of the New Hampshire State Police.

Starting in the 1940s, Lee used her diamoras to instruct homicide detectives on what to do and more importantly, what to look for, upon entering a crime scene. She called them “Nutshell Studies of Unexplained Death,” and their purpose was in her words, to “convict the guilty, clear the innocent, and find the truth in a nutshell.” Today it would be called a virtual reality crime scene.

All but two of Lee’s nutshells are currently on view at the Renwick Gallery of the Smithsonian American Art Museum, titled “Murder Is Her Hobby: Frances Glessner Lee and The Nutshell Studies of Unexplained Death.”

To understand why people are so hypnotized by Lee’s creations, one must simply look at them. Lee even filled dolls hanging from nooses with a shot of lead, so their bodies assumed the appropriate slump. “She was very particular about exactly how dolls ought to appear to express social status and the way the victims died,” If a doll has a specific discoloration, she reproduced the effects of carbon monoxide poisoning and positioning them based on when rigor mortis took effect.”

Somewhat like the current Oscar winning movie “Hidden Figures” that made everyone aware of the brilliant, young African American scientists and mathematicians who helped get us to the moon. The fact that Frances Glessner Lee created the foundation for all forensic detective work and still not given full credit for it shows how women’s contributions were valued back then. When written about before her death in 1962 at the age of 83, Lee was often described by the press as an eccentric grandma with a funny interest in murder. Thank heaven, someone had the foresight to save her creative crime scene reproductions.