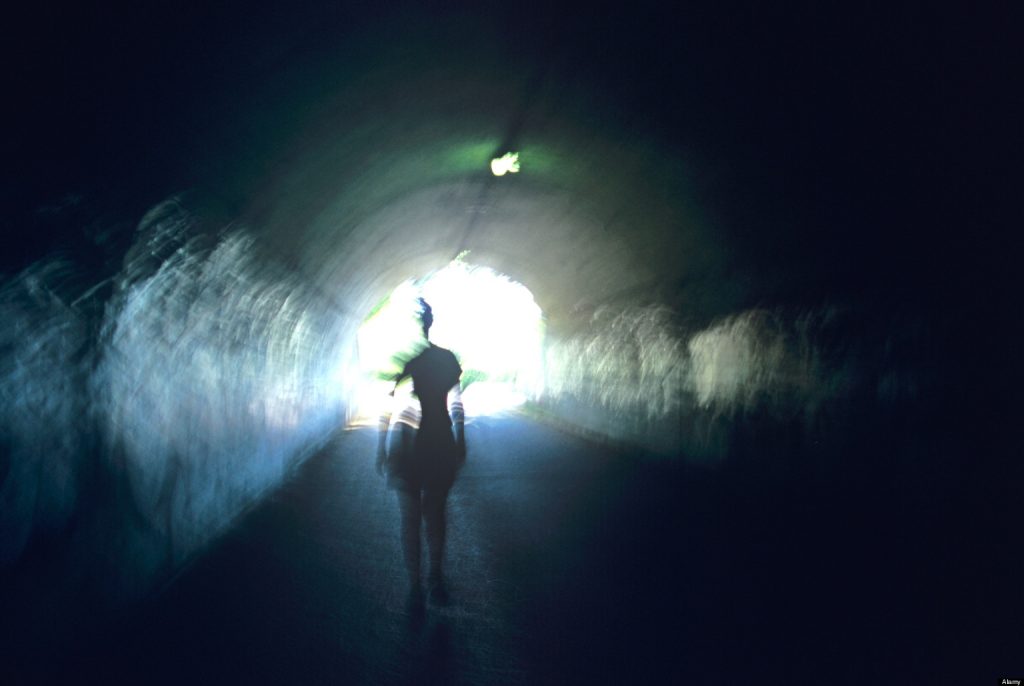 Many people have re-counted occurrences in their life journey where they were fully aware they had died and came back into body. It is spiritually rumored that we come into our life journey with a choice of five death windows where we can pack it up and decide to go back home if it gets too tough in our self-created Disneyland.

Near-death experiences are common enough that they have entered our everyday language. Phrases like “my whole life flashed before my eyes” and “going into the light” come from decades of research into these strange, seemingly supernatural experiences that some people have when they’re at the brink of death or actually died.

But what exactly are NDEs? Are they hallucinations? Spiritual experiences? Proof of life after death? Or are they simply chemical changes in the brain and sensory organs in the moments prior to death?

After doing some Google surfing and getting tons of stories and definitions of what a near death experience actually felt like, I found the most typical definition of this experience falls into the category listed below. One thing is certain, NDEs do exist but for what purpose in the soul’s journey, only the person who has experienced one might have the answer to that.

Seven Characteristics of a Near-Death Experience

Can they be explained?

The scientific viewpoint offers convincing evidence that many aspects of NDEs are physiological and psychological in nature. Scientists have found that the drugs ketamine and PCP can create sensations in users that are nearly identical to many near-death experiences. It is also possible, however, that the drugs mentioned have the capability of lifting the veil from the part of the brain that allows us to see beyond this physical dimension. So, who to believe?

Whether you approach the unexplained experience of an NDE from a supernatural or scientific viewpoint, one thing is certain; something very powerful happened to these people who had them. In most cases, it changed them for the rest of their lives. There is so much we do not know about afterlife. To have touched it in some way and returned, I have no doubt the experience goes deep. Sometimes those effected return with documented abilities that they did not have before.

Working through a difficult situation. Many of the stories I read shared the same experience of having to “choose” whether they wanted to go back to life, some being “told” it wasn’t their time. But in each case, a decision was made.

Ace of Wands: Inverted (Upside Down)

Birth of a new phase of life and beginning of a passionate new outlook. Since pulled inverted, I feel it supports the viewpoint of everyone who had an NDE experience – nearly dying to have this awesome out of body or spiritual experience is not how they would have chosen to get that encounter!

Solid foundations of belief, stubborn and honest in presentation. I feel this card shows that what people who have had NDEs recall is the real deal to them, whether you believe it or not. No one is going to tell them different.