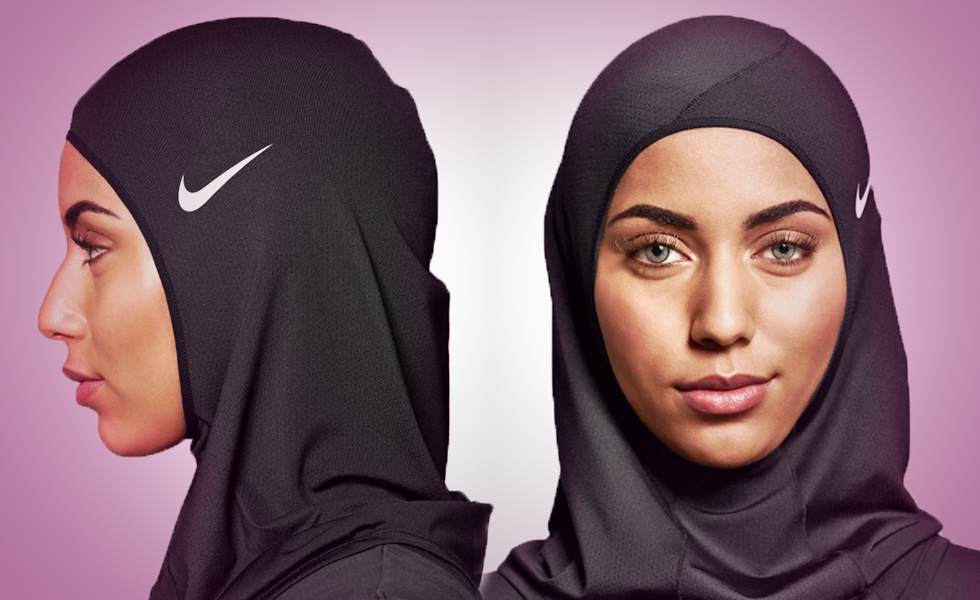 Women rights are in the focus of many major companies right now and not just because of International Women’s Day. Especially in Arab countries, the issue goes back way longer. Women in Arab countries are discriminated against if they pursue a career in sports, especially if it is a revealing one, or one that’s associated with male sports. In some cases it is considered to be ‘dancing in front of men’, like ice-skating.

Those women need to get over a lot of barriers while trying to fulfil their dreams. Nike thus released a video that supports equality, representing 5 female Arab athletes and their journey. It sends a clear message to them: keep fighting for your rights. However, things are a bit more complicated. The video had mixed reviews, including those who disagreed with the way it represented the issue.

Only weeks after Nike’s controversial commercial, they announced a new product that might be equally controversial. After 13 months of planning, Nike came out with a head cover. The ‘Nike Pro Hijab’ was designed specifically for female Arab athletes. It will be manufactured in dark, solid colours and will have a similar function to the traditional headscarf.

Some cherished the thoughts, while it also faced opposition by others. The hijab was welcomed by Emirati figure skater Zahra Lari. “I was thrilled and a bit emotional to see Nike prototyping a Hijab, I’ve tried so many different hijabs for performance, and … so few of them actually work for me. Once I put it on and took it for a spin on the ice, I was blown away by the fit and the light weight.”

So, Nike might just have found the ultimate solution. Let’s draw some cards to see what is in the future of the ‘Nike Pro Hijab’ – and Arab women.

The Fool:
Nike’s intentions were pure when creating the product. They genuinely wanted to help, to make a difference. They didn’t think of the opposition, or rather did it anyway.

Two of Swords:
The decision wasn’t easy when Nike created the idea of the Hijab. This card calls upon a new way of thinking. Alternative ideas need to be considered, too. Not only the tested methods could work (especially if they don’t work anyway). Nike’s hijab is definitely innovative and is a result of careful planning.

The Hanged Man:
Just like the two of swords, this card represents a new perspective, too. The world is changing, and it is necessary to adapt. However, this is just the first step, and it will take quite a bit of time before anything major happens. There is a need to sit tight and wait. Things will improve eventually.

Searching For Your Family Soul Tribe