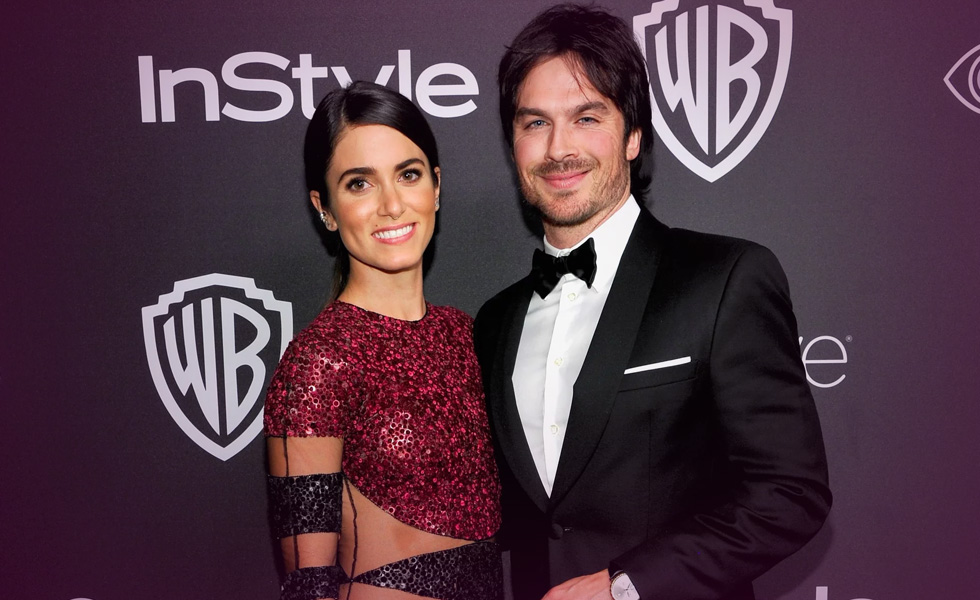 Congratulations are in order for “Twilight Saga” alumni Nikki Reed and “The Vampire Diaries” Ian Somerhalder, the two are expecting their first child! The actors shared the news on Instagram, where each one posted the same stunning photo with different captions. In the Instagram picture, Reed is seen with a huge smile on her face as Somerhalder kisses her growing belly. “How is it possible to love someone so much already? All I know for sure it’s the strongest feeling I’ve ever felt,” Reed wrote in her caption. “We’ve been sharing this body for quite some time, and we’ve already experienced so much together. We can’t wait to meet you.” “In my 38 years on this earth I’ve never experienced anything more powerful and beautiful than this,” Somerhalder wrote in his caption. “I can’t think of anything more exciting than this next chapter and we wanted you to hear this from us first.” This has been the most special time of our lives and we wanted to keep it between the three of us for as long as possible so we could enjoy this time with each other and our little one who is growing so fast because that’s what they do, they grow so fast. Thank you for your kind energy. Love, Ian”

Somerhalder, 38, and Reed, 28, married in 2015, a little less than a year after they were first linked. Their relationship moved quickly as the two actors fell in love, got engaged and married all within nearly a year of dating, but now they’ve been together for over three years! They are both fiercely private with their relationship, so not much is known about them as a couple but to celebrate their two-year anniversary, they shared sentimental notes to one another on Instagram. Reed wrote, “Every day gets better, every moment calling for even more”. “Navigating the waters of life with you is the greatest and most rewarding adventure I’ve ever known.” Somerhalder wrote, “I couldn’t be happier or more grateful to you for this life”. “Thank you for being my best friend the hardest-working, kindest, most patient and most talented woman I’ve ever known.” Having shared the romantic words of both stars, it holds up to the rumors they might just have one of the cutest relationships in Hollywood. Despite being plagued with rumors in the tabloids, these two continue to outshine the media with their love and affection for one another.

Are Nikki Reed and Somerhalder Ready To Be A Family Unit? Notably yes and even more. I feel that both love children and want more. As quickly as they fell in love and got married, surprised they waited three years to start.

Three of Swords: Inverted (Upside Down)
This card represents sadness and melancholy. Since the card is inverted, I feel that both of them were coming out of a possible dark emotional space when they met and helped one another. Couples who express how the other has changed their world and what would I do without you usually associate their partner with things getting better in their life.

Strength: Inverted
This card is pretty self-explanatory. Since it is inverted, I believe it supports my statement above. They both feel they got stronger together.

The Moon: Inverted
This card represents creative potential and seeds of growth. Need we say more. Lol! Since the card is inverted, I feel they both are very much ready for this new chapter in their life to begin.

The Death Card – Dispelling the Fear