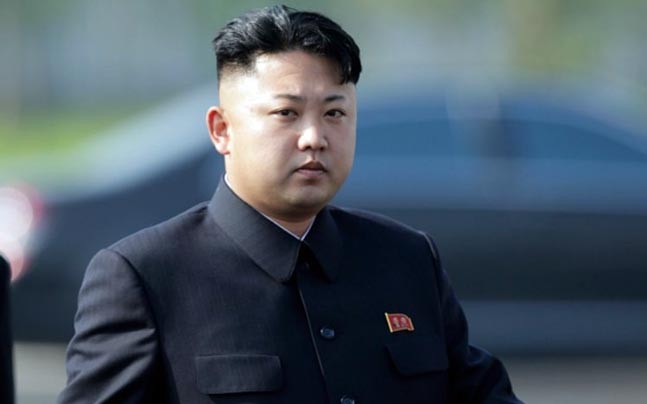 Stories of secret government plots to take out enemies quietly and efficiently, like something out of a Jason Bourne movie, sometimes seem quite far-fetched. However, they do happen, and now one of the United State agitators has hacked into those “secret” files and exposed a joint conspiracy to eliminate the North Korean head of state, Kim Jong Un.

There is no question he is an alarming threat to the safety of the United States and surrounding countries with his build up and testing of nuclear arms. Jong Un seems to have no comprehension or interest of the fact that a small country can be wiped from existence with one push of a red button. However some in the United States and South Korea do realize the threat he poses to his country and the world.

Lee stated that defense officials revealed to him that theft included Operational Plan 5015, the US and South Korea’s current plan for war with North Korea. The news follows a May announcement from South Korea’s defense ministry saying its military network had been breached.

The US and North Korea have been engaged in a secretive cyber war for some time, with the US reportedly conducting a large scale attack against Pyongyang (the capital of North Korea) in early October on the instruction of President Donald Trump. Since then, Russia has provided internet infrastructure support to North Korea in a move that would diversify and strengthen Pyongyang’s cyber war capabilities.

North Korea has been found responsible for a number of high-profile attacks over the years, and is still technically at war with the US and South Korea. Their aim was to steal South Korea and U.S. plans to “execute” the isolated and secretive nation’s rulers, along with how to approach all-out war with Pyongyang.

News of the data breach and what was stolen comes amid high tension on the Korean peninsula. President Trump has engaged in a war of words with Pyongyang, as the nation carries on with its missile and weapon tests. The President has indicated he’s leaning more toward a military approach.

“Presidents and their administrations have been talking to North Korea for 25 years, agreements made and massive amounts of money paid……” he wrote in a pair of tweets, “…hasn’t worked, agreements violated before the ink was dry, makings fools of U.S. negotiators. Sorry, but only one thing will work!”

I have never agreed with any of Trump’s policies but I have to say a plan to eliminate Kim Jong Un at this point in time sounds like a plan one would consider, all out Jason Bourne style. But the unfortunate reality of pulling out a bad weed is one always grows back bigger and stronger and is what would happen if that strategy was realized. North Korea is a communist ruled country with a dictatorship that will not go away unless the people choose it to. I am sure that Jong Un has long been aware of opposing leaders trying to assassinate him and is very much forearmed. I doubt you will see any assignation but a mystery illness, possibly?