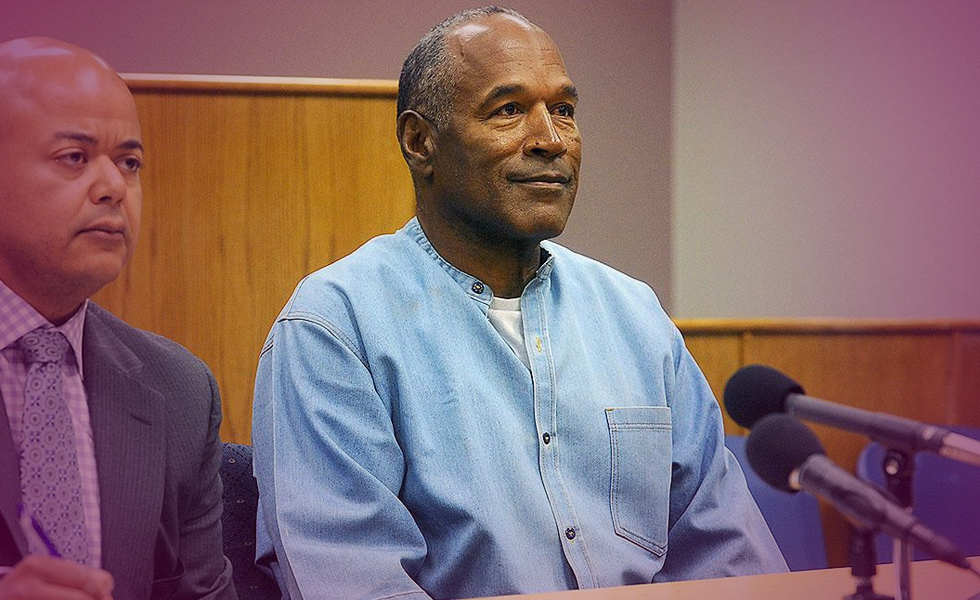 The state of Nevada unanimously decided to grant parole to the former football star and could be released as early as October 1st. Simpson, 70, has been in prison since 2008 due to his role in a 2007 armed robbery that took place inside a room at the Palace Station Hotel-Casino in Las Vegas. Simpson and five others stole thousands of dollars’ worth of sports memorabilia from two collectors. He was sentenced to between nine and 33 years in prison. The parole commissioners gave a number of reasons for granting parole, including that Simpson has no prior criminal conviction, stable release plans and family support. One of the victims of the crime also supported granting Simpson parole, which helped his case. A member of the board also noted that Simpson had completed vocational trainings, including a computer application course. She said he had no significant disciplinary issues, that he had stable release plans and that his “risk score” was low. “He’s been a model inmate,” Yale Galanter, the former attorney who represented Simpson in the case, said before the hearing. “He’s had no write-ups, no disciplinary issues. By all accounts, he’s totally abided by the rules.” At one point, she mistakenly said the 70-year-old Simpson was 90 years old, causing a loud laugh throughout the room. According to the order granting Simpson his parole, he will not be able to associate with convicted felons, use illegal drugs or possess weapons. He will likely be allowed to move within states, authorities said after the hearing.

At the time of Simpson’s sentencing, many people saw the state’s decision to imprison Simpson for almost a decade, at minimum, to be retribution for his acquittal in the murders of his estranged wife, Nicole Brown Simpson and her friend Ron Goldman in the mid-1990s. But on Thursday, the parole board said the 1994 double homicide would not be considered in its decision, despite having received a large number of letters asking them to do so. Before the board made its decision, Simpson apologized and said he just wanted to live a quiet life and spend time with his children in his remaining years. “I’ve done my time,” he said, before adding, “I’ve done it as well and as respectfully as I think anybody can.” While the Simpson may have to readjust to life as a free man, he will out of prison a multi-millionaire. Not only does Simpson receive an estimated $25,000 a month thanks to his NFL pension but he has a Screen Actors Guild pension and a personal pension in which he invested $5 million in many years ago, all which were untouchable in the civil suit filed by Nicole Simpson’s family in which they were awarded 33.5 M of his net worth at the time.

Karma Has Definitely Worked In Unusual Ways To Balance The Scales Of Justice For O.J. Simpson

Unless Simpson actually confesses one day to his previous murder accusations, only he knows the real story. I believe going to jail for a stupid and prideful stunt to get his memorabilia back has humbled him as he says. I also feel he will most likely lay low and live the rest of his life out relatively quiet.

Two of Swords:
This is stalemate and not being able to make a decision one way or another. I believe this is how most people view O.J. Simpson. Some believe he got away with murder, others aren’t so sure and as mentioned above, only he knows the truth.

Seven of Cups: Inverted (Upside Down)
This is many choices coming up. Since pulled inverted, I feel there will be lots of opportunities for Simpson but not of any value to him. He has presumably been offered a job at the Nevada “Bunny Prostitute Ranch” as a greeter. Not the most respected job offer one would like to get. Lol!

Two of Pentacles: Inverted
This is a financial card and being obsessed with materialism. Since pulled inverted, I believe that Simpson just wants to start making up for living the austere life he had in prison and he has the money to do it.

O.J. Simpson
Previous ArticleIt Is The Women Who Are Winning In “ The Game Of Thrones ” SeriesNext ArticleHome Alone’ Actor John Heard Has Dead At Age 72