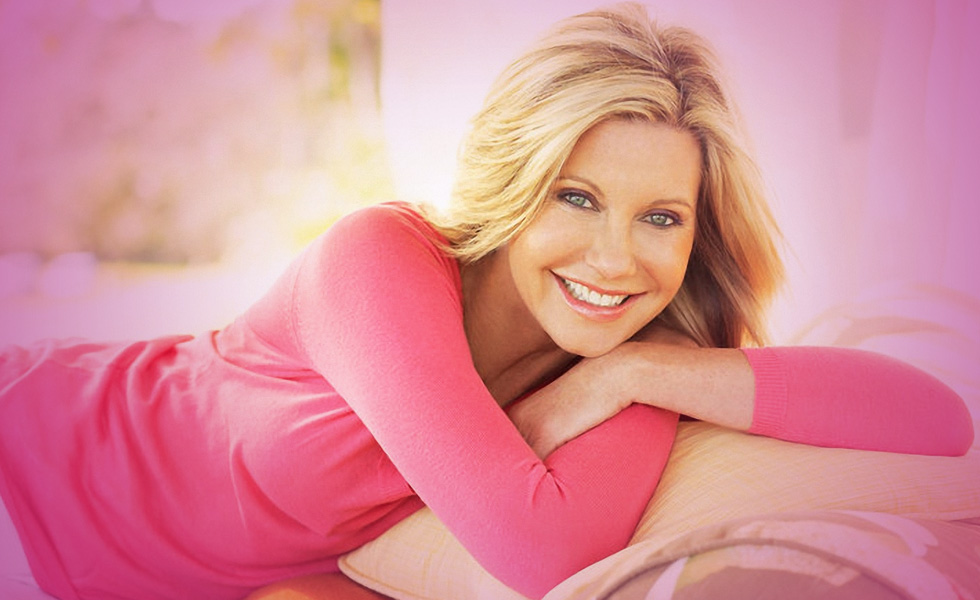 The Australian songstress revealed earlier this month she was battling cancer for the second time, forcing her to postpone her nationwide tour to focus on her health. Newton-John was first treated for breast cancer in 1992 at the age of 43, undergoing a partial mastectomy, chemotherapy and breast reconstruction. After canceling shows two weeks ago due to back pain, testing revealed that the cancer had returned and metastasized to her sacrum, a bone in the lower back. Olivia Newton-John danced and sang her way into hearts as sugary-sweet Sandy in Grease and now showing the same strength and determination that’s carried her through many trying moments in her life. “I am really grateful for and touched by the worldwide outpouring of love and concern. Thank you. I am feeling good and enjoying total support from my family and friends, along with a team of wellness and medical practitioners both here in the U.S. and at my Olivia Newton-John Cancer Wellness and Research Centre in Melbourne, Australia,” the singer told People in an exclusive statement. “I’m totally confident that my new journey will have a positive success story to inspire others! Love and light, Olivia.”

The “Grease” actress is currently laying low in her southern California ranch home with husband John Easterling while she undergoes photon radiation therapy, in addition to pursuing natural wellness therapies. After just a week of treatment, Newton-John’s pain level has already “gone from level eight to about a two just after a week of treatment,” according to her husband. “We both have the same unshakable belief that she’s going to have a wonderful success story,” Easterling told People. “We’re not trying to be positive. We have an absolute knowingness that we can turn this around.” “She’s not naive and doesn’t get immobilized,” friend and talk-show host Leeza Gibbons added. “She finds light in the darkest corners and just always has.” If all goes well, Newton-John reportedly plans to return to the stage later this year and resume touring for her album “LIV,” which was partly inspired by her cancer battle, as well as the death of her sister from brain cancer in 2013.

She is in the right headset and taking a path to healing her body versus doing battle with the disease. She is also combining medical and naturopathic treatments which always has a more successful outcome that straight medical.

Death:
This card is one of transformation and letting go of what no longer serves you. In this case, Olivia is facing a life or death situation and I am sure she is changing many perspectives in her life once again to get healthy again.

The World: Inverted (Upside Down)
This card is ultimate success and happy conclusion. Unfortunately, it was drawn inverted which may indicate this might be a bigger health battle than what she anticipating.

Ace of Swords: Inverted
This card is about cutting away the crap and getting clarity on a life situation. Since pulled inverted, I believe that Olivia is well aware of what she is facing and is fearless regardless of what she has to do or the possible outcome.