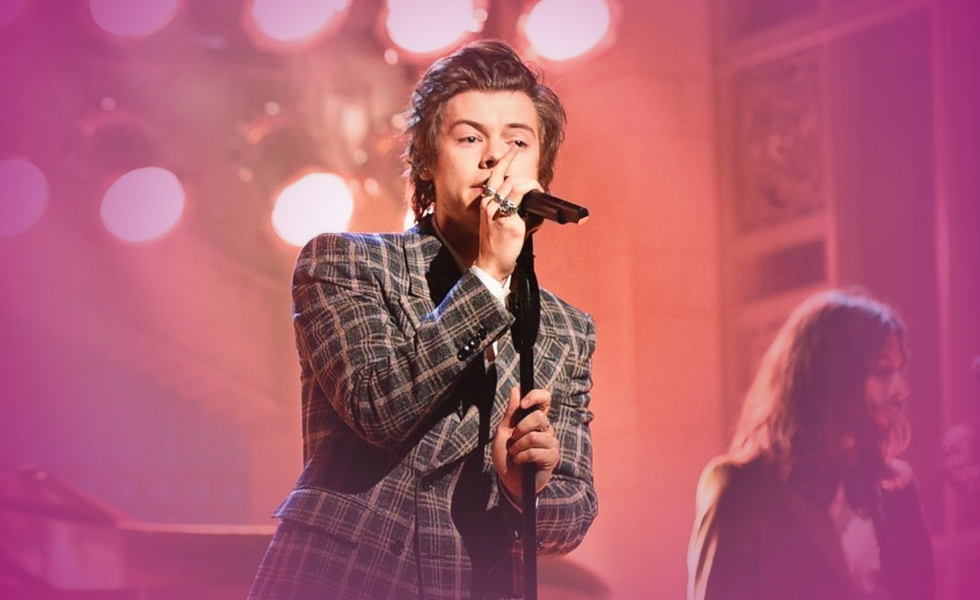 Former “One Direction” Harry Styles Opens Up About His Sexuality

Harry Styles has a new album out and along with it comes many, many interviews featuring many, many questions about his storied personal life. While the former One Direction heartthrob, who just released his first solo album, the self-titled “Harry Styles,” doesn’t appear to want to chat about his former girlfriends (including Taylor Swift), he did recently offer his thoughts about Miley Cyrus identifying herself as pansexual and his own sexuality. In case you’re wondering what pansexuality is, here is Wikipedia’s definition: “Pansexuality, or omnisexuality, is the sexual, romantic or emotional attraction towards people regardless of their sex or gender identity.” “Pansexual people may refer to themselves as gender blind, asserting that gender and sex are not determining factors in their romantic or sexual attraction to others.” In an interview, Styles celebrated Cyrus’ openness about her sexuality. “Being in a creative field, it’s important to be ¬progressive,” he said. “People doing stuff like that is great.” He added: “Everyone should just be who they want to be. It’s tough to justify somebody having to answer to someone else about stuff like that.” As far as his own sexuality is concerned, Styles revealed that he’s “never felt the need” to use a label. “I don’t feel like it’s something I’ve ever felt like I have to explain about myself,” before taking the stage in North London at his first-ever solo show.

Regardless of how Styles does or doesn’t identify his sexuality, his approach is as trendy as ever. A recent UK YouGov survey found 43 percent of respondents between the ages of 18 and 24 viewed themselves as something other than completely straight. What’s more, the poll found that “people of all generations now accept the idea that sexual orientation exists along a continuum (gradual transition from one thing to another) rather than a binary (composed of two) choice,” with 60 percent of heterosexuals and 73 percent of gay people supporting this idea. This news probably won’t surprise diehard fans, some of whom believed he was in a secret relationship with band mate Louis Tomlinson and others who have been trying to pin down his exact sexuality for years. In 2013, the 23-year-old singer addressed rumors that he was dating TV host Nick Grimshaw in an interview with British GQ. When asked point-blank if he identified as bisexual, Styles told the magazine, “Bisexual? Me? I don’t think so. I’m pretty sure I’m not.” A year later Styles faced more rumors after appearing with band mate Liam Payne. When the pair was asked about their favorite traits in a woman, Payne responded, “Female, that’s a good trait.” Styles shot back, “Not that important”. Which predictably sent the internet into hysterics once again about his sexuality.

Is Harry Styles Sexuality An Issue With His Fans?

Not at all! It is part of his mystery and appeal and a non-descriptive approach to one’s sexuality in the age group mentioned above are very accepting as the poll reveals.

Nine of Wands:
This card is working through difficult times. I feel this card shows even though Styles has a nonchalant attitude about what others think or do not think about his sexuality, he has met with judgement somewhere along the way.

Six of Pentacles:
This card is one of sharing love and gifts in partnership. I believe this card is not so much about a personal relationship for him but his love of his music and art.

Princess of Pentacles:
This card is new creative plans and the inner child’s need to express them. This card of course indicates his desire to go out on his own and leaving the group.