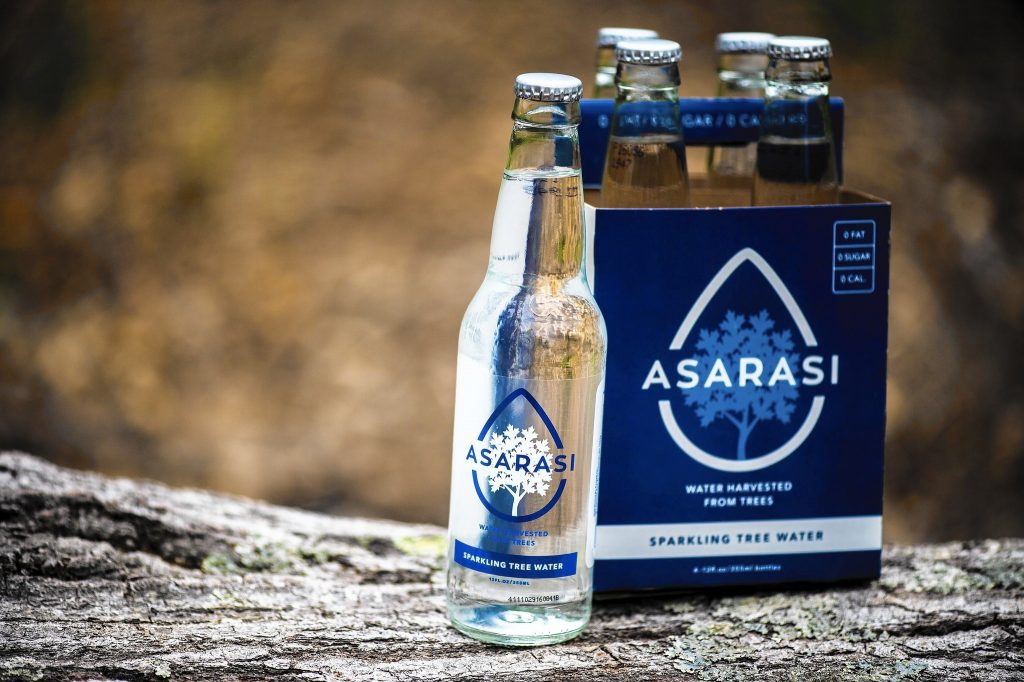 Much like asparagus water and water sommeliers, organic water should be giving us pause. Though the concept isn’t new, it’s surprising to see it making waves again. Mintel, a global market research firm, claims that nearly 25 percent of Americans are thirsty for organic water, which proves America doesn’t understand the concept of “organic.”  As NPR first pointed out when organic water hit the scene a few years ago, something can only be considered an organic compound if it contains a significant amount of carbon. But a water molecule contains two atoms of hydrogen (H) and one atom of oxygen (O) and no carbon, so it’s actually inorganic. And according to the USDA’s labeling process for organic products, water and salt are not included as an ingredient that must be labeled organic. But a trendy new company called Asarasu is taking advantage of a loophole.

The brand is now selling the first USDA organic-certified water, according to a report from Food Navigator.  Because Asarasi’s water is filtered through a living thing, a maple tree, it appears to pass the USDA’s certification test. Asarasi’s tagline encourages customers to “rethink your drink,” in the hopes that you’ll try this tree-filtered water. The water, which comes from sugar maple trees, is leftover from the maple syrup making process, though it doesn’t contain any sugar.

“We have a beautiful base water that can be utilized in a lot of food and beverages,” Asarasi CEO Adam North Lazar recently said in an interview with Food Navigator. “Our goal is to replace what is used as water in the organic food industry.” “Marketing water this way doesn’t make it look special,” Charles Fishman, author of The Big Thirst: The Secret Life and Turbulent Future of Water, told NPR when organic water started to make its mark around 2011. “Let’s go with cosmic water, it all came from space in the first place or how about selling it that way?” If you’re still interested in purchasing Asarasi’s organic water, they may also have available a Florida swampland housing plot they can sell you too!  Lol!

Well I Guess The Next Step Would Be Designer Water Or How About Just Clean?

I particularly love the hash tag of promoting their water with a “silky smooth finish”?  I would personally be a little concerned about drinking water that has texture to it, wouldn’t you?  Do your research folks before you pay the extra buck on anything labeled “organic”.

This is female nurturing energy that status is important and the need to be of service.  Americans are concerned about the poison that is going in their water and food also but to many it is a badge of status to buy mostly organic.  Sometimes, the same people who regularly drive through McDonald’s.  lol!

This is working through difficult times.  I feel whomever came up with this organic Asarasi Water product had to do some serious hard work to convince USDA it is what it says it is or maybe just good lobbying?

The card speaks for itself.  Being pulled inverted, I am going to interpret it as one’s own personal decision if you want to pay the extra money to buy water filtered through a maple tree or stick with a good water filtering system.  Either way, a little research on the water you are drinking, as they say, “would do your body good”.