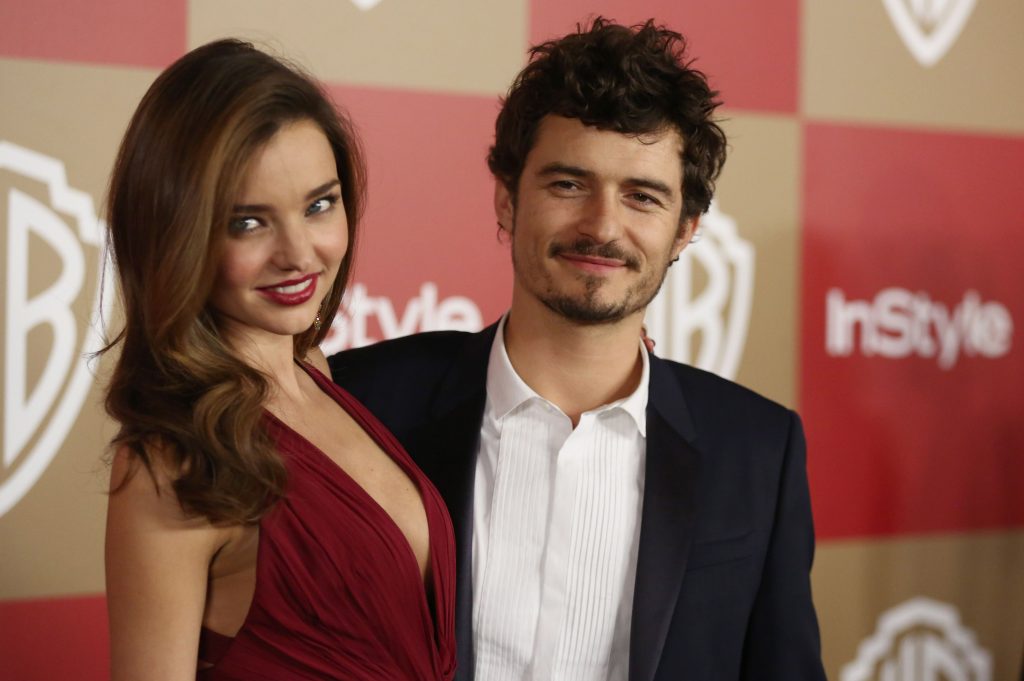 Orlando Bloom and Miranda Kerr. Friendly ex’s or something more?

Orlando Bloom and Miranda Kerr have followed in the footsteps of many famous ex’s and achieved what some people seem to find impossible. Remaining friends with an ex; without the need for petty squabbles. Furthermore, embracing each other’s new partner.

The famous ex’s share a 5-year-old son and have appeared friendly since they separated in 2014. Orlando offered congratulations when ex Miranda announced her engagement to Evan Spiegel, and went on to reveal that he sees himself getting married again himself in the future. I wonder if their son is due to gain another stepparent? Bloom has been dating Katy Perry for quite a few months now, and by all accounts its getting serious.

Apparently supermodel Kerr is happy for her ex in his relationship with Katy and has said that Flynn seems very happy every time he comes back from his father’s place.
Well done both for taking the high ground. Just don’t mention Justin Bieber!

Orlando and Miranda drew the Eight of Swords, the Princess of Hearts and the Wheel of Fortune.
The eight of swords can reveal doubt and confusion about the future where neither advance nor retreat seems possible. The former couple have not reacted to unimportant details or acted in haste. They have very much released themselves in the most amicable way possible and take a broader view of their lives together.
The princess of hearts shows that there is still love between them and this has assisted in paving the way for a new way of doing things. Of course their son is at the heart of their connection, but they have managed to renew their connection from marital partner’s to friends in the most appropriate way.

The wheel of fortune represents a fated element to their involvement with each other. As the wheel goes round they will work with what they have and what they believe. I feel that they have considered their actions in the most positive way and this has reduced any challenges faced. Good luck to both with their respective partner’s.

Miranda KerrOrlando Bloom
Previous ArticleWarren Beatty. Has he found true love?Next ArticleJulie Bowen and Scott Phillips, what is their secret?