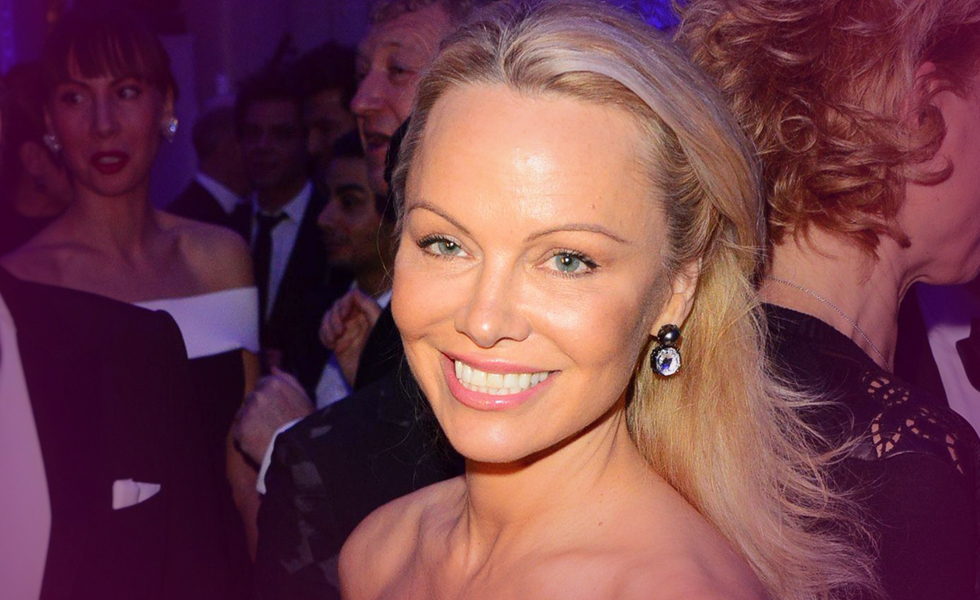 Actress Pamela Anderson was coy and a little mysterious about a rumored romance with Wikileaks founder Julian Assange. He is at present, hiding out with amnesty in the Ecuadorian embassy in London. Speaking to a Swedish television talk show, the former “Baywatch” actress and animal rights activist said she had probably spent more time with Assange than with any other man lately but would not go into any personal details about the arrangement.

British media have reported Anderson has been spotted visiting Assange at the central London embassy, where he took refuge in 2012 to avoid extradition to Sweden over allegations that he committed rape in 2010, which he denies. In the interview, Anderson was asked whether their relationship was romantic and if they are dating. The 49-year-old actress laughed saying: “Well, he’s imprisoned, that would make it a little bit difficult.” “Let’s see what happens when he’s free.” In a post on her pamelaandersonfoundation.org website on Thursday, Anderson referred to Assange as “one of my favorite people”. He might be the most famous, most politicized refugee of our time. She goes on to say that “Julian is a human being who is extremely empathetic and cares deeply about the world and because of his work he has made some powerful enemies in a few countries – America especially by exposing them. Julian is trying to free the world by educating it. It is a romantic struggle—I love him for this and she also added she thinks he is very sexy”. Anderson feels that her being in a relationship with Julian has brought some attention to people who didn’t realize a lot about him. She states: “So I guess in a way that’s been a little bit helpful but I don’t want to go into any private details.”

The Magician:
The card I believe represents Julian Assange’s role in this relationship. This card is someone who can manifest what he wants to happen in the future but also can mean smoke and mirrors and illusions. I believe it will be quite a long time before he is capable of committing to a marriage or long term relationship unless his partner is willing to give up her personal freedom.

The Hierophant : Inverted (Upside Down)
The card represents a teacher and/or healer. I feel these are the roles that both Pamela and Julian are playing for each other. The card being upside down might indicate there will be some hard lessons for Pamela in love as she has not been very successful in her past relationships and this one will come with possibly more intrigue and danger than she realizes.

The Empress:
This card represents Pamela. She is a woman who is used to having what she wants and willing to do whatever she has to get it. It is very possible this could lead to a marriage but whether under the circumstances it will last, is questionable. They have very big hurdles to overcome to be able to have a normal life but Pamela after all is famous and a star, so what is normal for the everyday woman is certainly not for her.

The Number One Reason For Relationship Failure